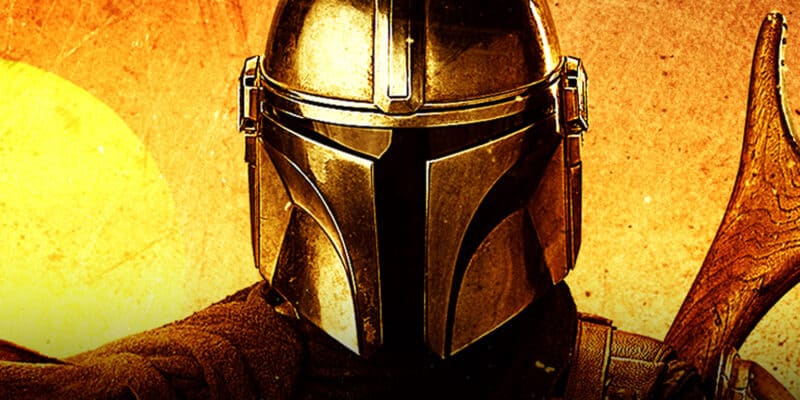 Ever since The Mandalorian star Pedro Pascal hinted at a possible time-jump in the upcoming third season, fans have been speculating as to what this means for the future of the show. But the theories don’t just end there – showrunner Jon Favreau also suggested that The Mandalorian could “lead into” the sequel trilogy.

If both of these rumors are true, it sounds like they will go hand in hand, as The Mandalorian takes place approximately 25 years before The Force Awakens. And, if we’re to lend our own theory to mix, is it possible Din Djarin will be reunited with a slightly older Grogu? Or will a new ‘child’ be introduced to the show – a young Rey, perhaps?

If a leap forward is indeed on the table, then it begs to question how it will be done. While a jump could really be any measure of time, it’s likely that it will be a pretty significant one – and probably a means to introduce other well-known characters who don’t currently orbit The Mandalorian’s timeline, which is five years after Return of the Jedi.

There are some spoilers ahead for The Mandalorian and Star Wars: Rebels.

The Passage of Time

It goes without saying that the most realistic way to do a time jump in any TV show or film is by doing just that – jumping forward in time. And The Mandalorian could easily follow the basic laws of time, something Star Wars is no stranger to, with prequels, sequels, spin-offs, and animated shows scattered along a timeline that spans some 70 years. However, while this would of course be the most believable, it wouldn’t be without some challenges.

Like any other character, Din Djarin would age, depending on how big a jump the show would make. If we use the The Force Awakens as a reference point and assume that Mando will end up meeting a young Rey – let’s say 10 years old, for the sake of an argument – the show would need to jump 16 years. This wouldn’t be too bad, as Pedro Pascal would just need some dusting of snow (and it’s not as if we really see him take his helmet off that often anyway!).

A more extreme time-jump, however, would probably call upon the use of CGI-aging (which Star Wars and Marvel love to do — as evidenced by the de-aging done to Mark Hamill during his Mandalorian Season 2 cameo!), or perhaps a recasting (which we can’t imagine happening, even if Pascal is going to be busy filming both The Mandalorian and HBO’s adaptation of the popular video game The Last of Us). Nevertheless, the passage of time is the simple approach. Is this the way, though? It’s too early to tell, but there are a few more possibilities.

It might surprise you to learn that time travel exists in the Star Wars universe. The World Between Worlds is a concept that was introduced in an episode of the same name in the final season of Star Wars: Rebels. In the episode, young Jedi Ezra Bridger (Taylor Gray) discovers a gateway on a mural at the site of an ancient Jedi temple, and on the other side finds himself on a network of pathways and portals suspended in a space-like dimension.

Ezra can hear the voices of characters that span the Star Wars timeline, meaning that the World Between Worlds – a place that exists within the Force – doesn’t abide by the laws of time. Then, through one of the portals, he sees Ahsoka (Ashley Eckstein) and Darth Vader in battle (from the show’s second season finale). Believing Ahsoka is about to die, Ezra pulls her through, thus creating an isolated time loop. This is the first time a Star Wars character has ever travelled through time.

But will it be the last? Could The Mandalorian use this plot device to leap forward through time? It’s more likely that the upcoming Ahsoka series will feature the World Between Worlds, as the show is rumored to focus on Ahsoka’s search for Ezra Bridger (who disappears ‘into the Force’ at the end of Rebels). If this turns out to be the case, then it’s possible The Mandalorian could ‘piggyback’ off the plot device, especially now that both characters are acquainted.

Cloning is a huge part of Star Wars, so much so that even after Attack of the Clones introduced us to Kamino, Jango Fett and the Grand Army of the Republic, there have been two animated shows that revolve around the clones – Star Wars: The Clone Wars and Star Wars: The Bad Batch. And, it’s easy to forget that Boba Fett is a clone too — something Bo-Katan Kryze (Katee Sackhoff) liked to remind him of in The Mandalorian Season 2!

But what does cloning have to do with a time-jump? Well, this tool would be a bit more complicated, but it could also be a unique way to fast-track The Mandalorian. While there don’t appear to be clones of any other species besides humans in Star Wars, our guess is that any organism can be cloned. And fortunately, the end of The Bad Batch suggests that, even beyond the destruction of the facility on Kamino, cloning will continue in some shape or form.

So, what if Din Djarin was cloned? This would allow his character – or at least a version of his character – to appear in the distant future. It would also mean not having to digitally-age or recast the actor – neither of which are ideal scenarios. While the idea of cloning the character would seem like a cop-out, it’s still a logical means to get him from one point in time to the other, even if it means creating an entirely new character in the process.

While time travel seems the most likely option, there is another tool that shouldn’t be ruled out. It’s easy to forget that Din Djarin once used carbonite to keep his bounties on ice while traveling through space, but perhaps that’s because he gave up his wicked ways not long after Grogu helped navigate him away from the dark side of his moral compass. Nevertheless, carbonite isn’t just something that can help one travel through space, but also through time.

As we already know, carbonite doesn’t kill – we see this in Return of the Jedi after Han Solo is freed from his slumber. While it’s probably not necessarily good for one’s health, it’s still a pretty effective plot device in getting a character from A to B, whether we’re looking at it from a geographical perspective, or at different points in time. And seeing Din Djarin get a taste of his own medicine might be the only way for Star Wars to avoid meddling with time travel.

Having Mando end up on ice is a matter of storytelling, and it’s fair to say that he probably made several enemies during his days as a bounty hunter (and after too). Witnessing Mando meet the same fate as Han Solo (Harrison Ford) in The Empire Strikes Back would be chilling, especially seeing as he’d be frozen for a lot longer than the iconic smuggler. Then it would be a simple case of choosing the destination, whether it’s halfway to the sequel trilogy, during or beyond!

It looks like it will be a while before we’ll get to see the third season of The Mandalorian, but at least we have upcoming spin-off series The Book of Boba Fett to satisfy our need for all things bounty hunters in the meantime. But Din Djarin’s adventures have already changed the Star Wars universe, as it has led to four new live-action shows, with Ahsoka, Andor and Obi-Wan Kenobi also set for release on Disney+ in 2022.

We’ll just have to wait and see whether The Mandalorian will jump forward in time, and if it will encroach upon the sequel trilogy’s territory. It might even be possible that Disney and Lucasfilm intend to use the show to wipe the widely-hated sequel trilogy from canon, in which case the World Between Worlds would be the most logical choice. Retconning those films is yet another rumor that’s doing the rounds – or perhaps it’s just wishful thinking.

This wouldn’t really come as much of a surprise, though, especially when we consider what other major franchises are up to, such as the Marvel Cinematic Universe and the DC Extended Universe, both of which are starting to introduce their own ‘multiverses’. But will Star Wars get its own multiverse? Or will Disney and Lucasfilm continue to play it safe, whether The Mandalorian is due a major time-jump or not? Only time will tell.

Do you think The Mandalorian will jump forward in time?