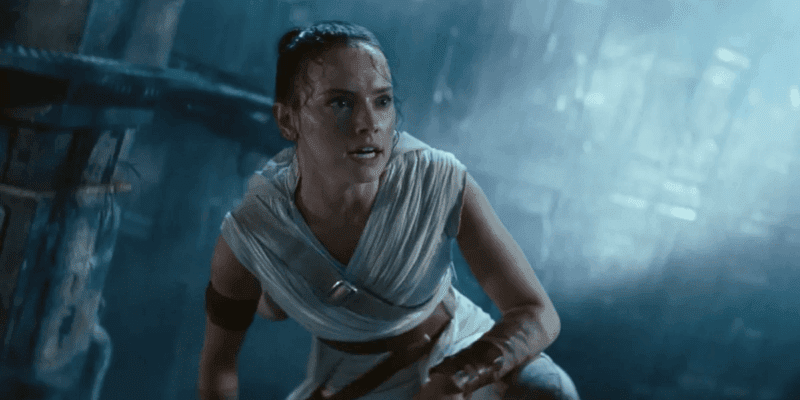 There might be no trilogy that’s more widely hated than the Star Wars sequel trilogy. Things looked promising when JJ Abrams’ Star Wars: Episode VII — The Force Awakens (2015) arrived, and while that movie is essentially carbon copy of Star Wars: Episode IV — A New Hope (1977), it at least didn’t mess with established lore and beloved Star Wars characters.

This is largely because of Disney and Lucasfilm’s lack of direction, something that wasn’t necessarily obvious with The Force Awakens. But there are many other things many Star Wars fans hate about these movies, from new characters such as Rey (Daisy Ridley) to the portrayal of Luke Skywalker (Mark Hamill).

There are many hated scenes throughout the entire Star Wars sequel trilogy too, such as the death of Han Solo (Harrison Ford), the inexplicable flying abilities of Princess Leia (Carrie Fisher), and the countless “gotcha” moments and fake-out deaths. And unfortunately, things only seem to get worse as the trilogy goes on.

While The Force Awakens suggested at least a rough “roadmap” for the trilogy, director Rian Johnson did away with a number of elements established by JJ Abrams. However, when Abrams returned to helm the final movie, he retconned elements from The Last Jedi, proving that there was no direction from the get-go, and that both directors were given too much creative freedom.

However, it begs to question whether there’s anything in The Rise of Skywalker that’s a remnant of the original “plan”. One thing that isn’t is Emperor Palpatine (Ian McDiarmid), whose return is a response to the abrupt disposal of Snoke (Andy Serkis) in The Last Jedi. But there still might be something worth salvaging from the third act, particularly the scene in which Rey hears all the Jedi.

Which Jedi does Rey hear?

The entire third act on Exegol (which was likely never originally on the table) sees Rey and Ben Solo (formerly Kylo Ren) travel to the homeworld of the Sith to face the Emperor, while the rebels engage in a dogfight against countless Star Destroyers. However, Rey and Ben prove to be no match for the Sith Lord, and eventually, Rey is left to fight her wicked grandfather alone.

Is Ahsoka dead in The Rise of Skywalker?

What do all these Jedi voices have in common? Well, they’re all dead — although the death of Ahsoka Tano came as a bit of a surprise to Star Wars fans, especially considering it’s something we didn’t know had happened. And, needless to say, we perhaps felt a little cheated that her death had been confirmed by nothing more than a voice cameo!

While, of course, Ahsoka being dead at the time of the sequel trilogy is hardly far-fetched, especially given the fact that The Rise of Skywalker takes place around 54 years after the Clone Wars, at the end of which Ahsoka is 17 years old, it’s actually possible that the Togruta Jedi isn’t dead at all when Rey hears her voice speaking from beyond the Force.

Not only is it possible that Ahsoka’s species can live longer than humans, who’s to say that she is even dead during this scene? All we can go by is that all the other Jedi we can hear are dead. While the last two movies in the sequel trilogy do revolve around the concept of a “last Jedi”, we know that there are still other Force users out there, with Luke himself being one of them.

We also know that the Jedi can communicate via the Force in many ways, whether it’s in the form of a Force Ghost, Force Telepathy, or even through visuals, as seen multiple times throughout The Last Jedi and The Rise of Skywalker. So is it unreasonable to believe that Ahsoka could be alive and well at the time of the final movie? Not at all.

How is Ahsoka Tano still alive?

The most interesting clue is the fact that Ashley Eckstein returned to voice Ahsoka, having voiced the character in Star Wars: The Clone Wars (2008 — 2020) and Star Wars: Rebels (2014 — 2018). This means that we’re actually hearing the young Ahsoka speaking, and not the older version we meet in The Mandalorian Season 2 (2020), in which she’s played by Rosario Dawson.

The most obvious reason for this, however, is that the casting of Dawson hadn’t been announced until March 2020, and it’s unlikely that Disney and Lucasfilm had picked her while The Rise of Skywalker was in production a year before. As such, Eckstein was called upon to reprise her role, probably by way of nothing more than tethering the movie to The Clone Wars and Rebels.

Why did Rey hear both Alec Guinness and Ewan McGregor?

The fact that we can hear Eckstein remains a major inconsistency, because what we should be hearing is Rosario Dawson (perhaps Disney and Lucasfilm intend to have the actress voice over Eckstein’s brief cameo, but let’s hope not, because it’s a wonderful connection to the two hugely popular animated shows). However, another inconsistency is the voice of Obi-Wan Kenobi.

The iconic Jedi is voiced by Ewan McGregor, who played the character in George Lucas’ prequel trilogy, and also reprises his role in the Disney+ limited series, Obi-Wan Kenobi (2022). But as we know, the older version of the Jedi was played by Alec Guinness, as seen in all three movies in the original Star Wars Trilogy.

What is the World Between Worlds?

Guinness has long since passed away, which explains why Obi-Wan’s voice cameo in The Rise of Skywalker consists of both McGregor and pieces of audio from the original trilogy mixed in. But if Disney and Lucasfilm were able to do this in the first place, why use McGregor at all (they could have even used Stephen Stanton, who voices Obi-Wan in Rebels, and sounds just like Guinness)?

This leads us to wonder whether Rey is actually hearing the voices of Ahsoka Tano and Obi-Wan Kenobi from when they were alive! If you’ve seen all four seasons of Rebels, then you’ll be familiar with the “World Between Worlds“, a mystical realm where Ahsoka finds herself with Ezra Bridger (Taylor Gray). In short, it’s the faraway galaxy’s answer to time travel.

So is it possible that Ahsoka is communicating with Rey from when she was alive? After all, we don’t really know what happened to Ahsoka following her experience in the mystical realm with Ezra Bridger in Rebels, though it has since been suggested by Dave Filoni that she remained in the Sith Temple on Malachor to become more attuned to the Force.

In the epilogue of the Rebels Season 4 finale, Ahsoka returns, having not been seen since leaving the World Between Worlds, and is dressed in a hooded white robe with a staff in her hand, not unlike Gandalf from The Lord of the Rings. In fact, in December 2019, Filoni shared a drawing via Twitter, in which he compared Ahsoka’s “death” in The Rise of Skywalker to that of Gandalf.

Any The Lord of the Rings fan will know that, even though Gandalf dies in The Fellowship of the Ring, he becomes a higher being, and returns to Middle-Earth to help battle Sauron’s dark forces. In an interview with Vanity Fair in 2020, when discussing the upcoming live-action show Ahsoka (TBA), Filoni drew even more comparisons between Ahsoka and Gandalf, saying:

What will Ahsoka be about?

It’s possible then, that before we meet Ahsoka in The Mandalorian Season 2, she has already reached a higher power, and is perhaps even able to travel through time, or is, at the very least, able see and communicate through time. This could explain why we hear the voice of Ashley Eckstein in The Rise of Skywalker, and not Rosario Dawson.

Time travel could also explain Ahsoka’s whereabouts during all three Star Wars trilogies. Either way, it’s not unreasonable to expect that Ahsoka may bring this concept into live action, as it’s already shaping up to be a sequel to Rebels, a show that introduced many unique things to the faraway galaxy, such as the most powerful semi-sentient creatures known as the purrgil.

As for hearing Ewan McGregor‘s voice, while this is probably just another Easter egg among many others, likely thrown in for nostalgia’s sake as opposed to anything that makes any real sense, it’s also possible that Obi-Wan Kenobi will have some sort of connection to Ahsoka, because technically speaking, we’re hearing the younger version of Obi-Wan speak to Rey too.

While we’re probably giving credit where it isn’t due, that doesn’t mean that this isn’t something Disney and Lucasfilm could salvage for what is now being dubbed the “MandoVerse”. Who knows — maybe Disney and Lucasfilm intend to use the World Between Worlds concept to wipe the sequel trilogy from canon, something many fans are hoping will become a reality.

Either way, with such a powerful plot device, you can do pretty much anything you like. And seeing as Star Wars is always rewriting its own history, why not use time travel to help?

Do you think Star Wars will introduce time travel in live action? Let us know in the comments below!