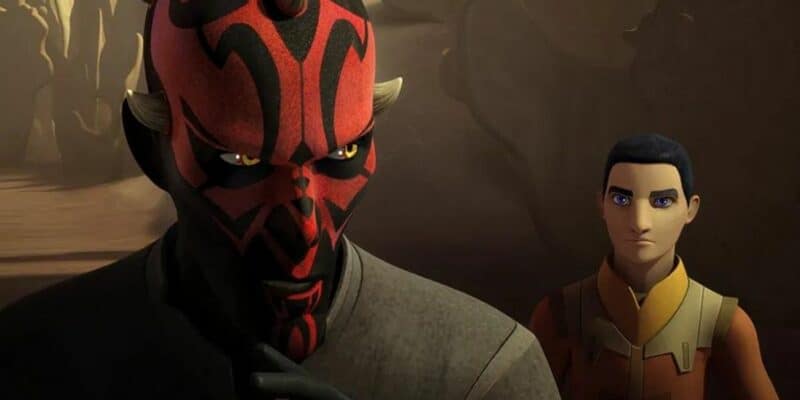 Just days after the trailer for Obi-Wan Kenobi (2022) dropped, there has been even more development where Star Wars TV shows are concerned. However, while other live-action Star Wars shows are on the horizon, such as Andor (2022) and Ahsoka (TBA), refreshingly, the latest news doesn’t relate to such a project.

Recently, it was confirmed that the second season of the animated show, Star Wars: The Bad Batch (2021) from Dave Filoni, had been delayed. Understandably, this comes as a bit of a blow to fans, as the animated side of the faraway galaxy has been far better received than the likes of The Book of Boba Fett (2021), which, despite being a follow-up to The Mandalorian (2019), has faced plenty of criticism.

And now, a new animated Star Wars series has been confirmed to be in the works, a project that was teased by none other than The Clone Wars and The Bad Batch composer, Kevin Kiner, in a recent appearance on The Convor Call (via The Direct). While details are pretty slim, Kiner certainly wasn’t holding back his excitement in discussing the upcoming show:

“You know, we are working on a new project. It’s an animated project. It’s a Star Wars project. And that’s all we can say. It’s really, really frikkin’ great… To the point where Lucasfilm and Disney are giving us full orchestra for every episode… It’s a very special project, some great, great people are involved, and we’re really privileged to be part of that one. And I probably said too much already.”

The Clone Wars spans the three years between Star Wars: Episode II — Attack of the Clones (2002) and Star Wars: Episode III — Revenge of the Sith (2005), depicting the titular wars in their entirety while introducing characters such as Ahsoka Tano (Ashley Eckstein) and Bo-Katan Kryze (Katee Sackhoff), who have since brought to life in live-action in The Mandalorian. While Ahsoka will be headlining her own series, Bo-Katan is expected to return in The Mandalorian Season 3.

The Bad Batch picks up where The Clone Wars ends, following a group of clones who flee the cloning facility on Kamino. Rebels, however, takes place 19 years after The Clone Wars, and follows a group of rebels, including young Jedi Ezra Bridger (Taylor Gray), as they face the Galactic Empire, while ultimately paving the way for the events of the original Star Wars trilogy.

Where this mysterious new animated Star Wars show will take place along the timeline remains to be seen, but it’s possible that it might even orbit the same period of time as the sequel trilogy, just like Resistance, which is set shortly before and during the three latest Star Wars films. Is it possible that Disney and Lucasfilm are giving the sequel trilogy its own version of The Clone Wars?

It would make a whole lot of sense, given how widely-hated the sequel trilogy is, and also given the popularity of The Clone Wars, and how it doesn’t just enrich George Lucas’ three prequels — which, until recent years, were just as controversial as the three sequels — but also helps to patch over some plot holes, while also fleshing out Star Wars characters old and new.

But the possibilities are endless, and the series really could be set anywhere along the timeline. Perhaps it will revolve around characters entirely new to Star Wars, or readily-established ones (maybe we’ll finally find out where Ahsoka Tano is during all three Star Wars trilogies!).

Speaking of Ahsoka Tano, there is a possibility that this animated series is a Darth Maul project. The fan-favorite character has been slated for his own show for years, and with the arrival of Obi-Wan Kenobi on Disney+, a TV show about his arch-nemesis might be a thrill for fans. And then there’s the recent casting call for the elusive “Stranger Things in Space” Star Wars series that could by all means be this secretive animated project, although it is being rumored to be live-action at this time.

It is known that this television show will take place in the Star Wars: High Republic era — some 200 years before Star Wars: Episode I — The Phantom Menace (1999) — and will feature a solid YA cast. Leslye Headland’s live-action series The Acolyte (TBA) also takes place during this era, so it’s likely that Lucasfilm intends to bolster their pre-prequel era of Star Wars with a variety of visual media.

With all that said, until some solid details for the upcoming animated series are made known, we can speculate all we like. It also remains to be seen as to whether anime anthology series Star Wars: Visions (2021) will be getting a follow-up season, or, at the very least, whether some of its episodes — especially those which end on cliffhangers — will be expanded in other media.

Obi-Wan Kenobi will arrive on Disney+ on May 25 this year, however, there are currently no dates for all the other upcoming Star Wars TV shows, whether animated or live-action. In the meantime, there’s plenty to look forward to with Obi-Wan Kenobi, as the trailer promises an action-packed show with plenty of major reveals.

Are you excited about the brand-new Star Wars animated series?