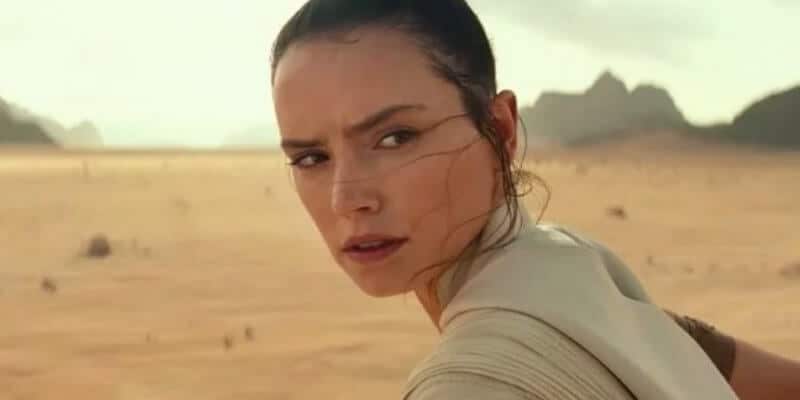 Star Wars: Episode IX — The Rise of Skywalker (2019) is easily the most hated movie in the franchise, which is saying a lot when you consider just how controversial Star Wars: Episode VIII — The Last Jedi (2017) was on its release! While that film remains equally hated, the final chapter in the sequel trilogy became the final nail in the coffin for fans, which was largely down to some truly baffling storytelling decisions.

But will we learn to appreciate the film over time, or all three for that matter? Well, it’s not impossible. After all, who could have predicted that George Lucas’ prequel trilogy — which was panned by fans and critics alike for so many years — would suddenly garner newfound respect (although we think The Clone Wars probably helped)?

One of the most baffling decisions in The Last Jedi was to make General Armitage Hux (Domhnall Gleeson) a comical character, an attempt that’s obvious from the very first sequence, in which he has some hilarious back-and-forth dialogue with Poe Dameron (Oscar Isaac). And this is something the movie commits to from start to finish.

But while Hux is indeed pretty funny throughout the movie (despite excess comedy being one of its many flaws), we can’t forget that he’s a fascist maniac who’s responsible for destroying five planets in Star Wars: The Force Awakens (2015)! In fact, he may just have the highest kill count of any villain in Hollywood history!

However, the final chapter in the trilogy takes things a step too far by revealing that Hux is actually a spy who’s been feeding information from the First Order to the Resistance, as a means to dethrone Kylo Ren (Adam Driver). So does this mean Hux is a good guy? Not quite, but it does make him less of a bad guy. Five planets, people!

It’s no mystery that there was more planned for ex-stormtrooper Finn (John Boyega) than what transpired onscreen. In Star Wars: Episode VII — The Force Awakens (2015), he gets just as much screen time as Rey (Daisy Ridley), but is inexplicably sidelined in the sequels, a poor decision on Disney and Lucasfilm’s part that the actor was vocal about following the release of The Rise of Skywalker.

And one of the weirdest things about the 2019 film is that it actually spends some time reminding us about this problem, as there are a few moments in which Finn is about to reveal a burning secret to his dear friend Rey. We first learn about this secret when the gang are sinking in quicksand on the planet Pasaana.

Shortly after, Poe is quick to remind Finn about what he says to Rey, but the conversation goes nowhere. And later, there’s yet another moment in which Finn is about to confess this secret to his best friend, but again, nothing! By the time the credits roll, we’re none the wiser. Is it possible director JJ Abrams was having a Lost moment?

Many fans criticize Rian Johnson’s The Last Jedi for having far too many ‘gotcha’ moments, decisions that appear subversive but are simply put there for shock value and nothing else. Unfortunately, The Rise of Skywalker is an equally guilty culprit, and you’ve probably already recalled the worst example of this in the movie.

Using Force Telekinesis, Rey and Kylo Ren engage in a ‘tug of war’ while on Pasaana, as they fight over a First Order carrier ship which we learn is holding a recently captured Chewbacca (Joonas Suotamo). In an attempt to gain the upperhand, Rey uses Force Lightning (which we guess she inherited from her grandfather) but inadvertently obliterates the ship!

But don’t worry, because we quickly discover that Chewie is alive and well, as it was a different ship or something. Why Abrams thought this was a good idea is beyond us. Not only is it nothing more than a cheap thrill, the film reveals it to be a lie just moments later! What’s that sound Chewie makes when he’s angry?!

The final trailer for The Rise of Skywalker was incredible, promising some truly epic moments while a bombastic rendition of John Williams’ iconic score played. It sent the internet into a craze, and fans were torn in half Darth Maul-style when the trailer teased the death of iconic character C-3PO (Anthony Daniels), who we’ve watched in all three Star Wars trilogies.

“What are you doing there, 3PO?” Poe Dameron asks. “Taking one last look, sir,” the droid replies, “at my friends.” Yikes, we’re getting emotional just thinking about that scene from the trailer! So does this mean that the corresponding scene in the movie renders us utterly inconsolable? Nope!

C-3PO gets his memory wiped so that he can reveal the location of the Sith homeworld Exegol. Initially, the decision to reboot him carries some emotional weight, but it’s quickly played for jokes, and just like Chewbacca’s fake death scene, it becomes nothing more than an utterly inconsequential plot decision.

Just seconds into the movie, we see the return of Emperor Palpatine (Ian McDiarmid), the Sith Lord thought to be dead for 30 years (although the first line of the opening text crawl gives this away). The reason for his return? Well, he’s a Sith Lord, and the Force is a pathway to many abilities some consider to be unnatural, right?

Well, speaking of unnatural, in the next scene, we get an explanation that feels so contrived. And it’s not the reason behind the Emperor’s resurrection that’s the problem — it’s the way in which it’s delivered. “Palpatine’s back,” an overly familiar Poe Dameron tells his fellow rebels, despite having never mentioned the Sith Lord in the two previous movies.

When others ask how this is possible, one rebel (Dominic Monaghan) says, “Dark science. Cloning. Secrets only the Sith knew.” But how does he know it? “So Palpatine’s been out there all this time, pulling the strings,” Poe continues. “Always in the shadows,” Leia (Carrie Fisher) adds, “From the very beginning.” That’s quite a leap, guys.

Now that we know Palpatine was operating behind the scenes from the very beginning (which is another way of saying that directors Rian Johnson and JJ Abrams couldn’t sit down together and have a simple conversation), we’re shown just how much firepower the Sith Lord has at his disposal, which comes in the form of a gazillion Star Destroyers!

Countless ships emerge from the surface of Exegol like a scene out of Night of the Living Dead! Where have these zombie Star Destroyers been all this time? And who’s piloting them? Not only are we expected to believe that the Emperor has been hiding for 30 years, but apparently he’s also had enough power under his belt to level the galaxy this whole time!

General Pryde (Richard E. Grant) later says that Palpatine’s resources will multiply the First Order fleet a thousandfold, so surely this armada of Star Destroyers would have come in quite useful during, say, The Last Jedi, when the Resistance was just moments away from total annihilation? What’s even happening at this point?!

While this may not necessarily be the dumbest moment in the movie, it is a scene that has become a hugely popular internet meme, perhaps because it summarizes the overall incompetence that is the script. As such, it has, ahem, ‘flown’ right onto the top of our list!

While Rey, Finn, Poe, C-3PO, BB-8, and Chewbacca are pursued across the desert of Pasaana on their speeders by First Order troopers, they’re shocked to see that their enemies are in possession of jetpacks. When the troopers take to the air to gain vantage points over the rebels, some characters aren’t shy about voicing their incredulity.

“Oh, they fly now!” C-3PO says. “They fly now?” Finn asks, unable to believe his eyes. “They fly now!” Poe seems to confirm, equally astonished. While it’s intended to trigger a chuckle or two, this scene makes absolutely no sense. Jetpacks are very common in the faraway galaxy, so it’s pretty mind-boggling to think that these characters are surprised to see them in action!

Will Disney and Lucasfilm ever retcon the Star Wars sequel trilogy? Only time will tell, but there are already rumors that upcoming live-action series Ahsoka and even The Mandalorian Season 3 will deal with some game-changing plot devices such as time travel, so only time will tell!

What do you think are the dumbest moments in Star Wars: Episode IX — The Rise of Skywalker?