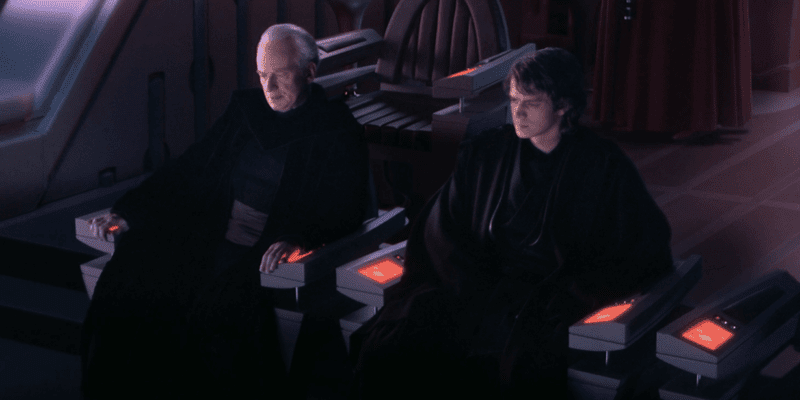 The Acoylte will be the first film component of the High Republic multimedia initiative. To date, the project has introduced Star Wars fans to an “untethered” and “unchained” era in the Star Wars galaxy — 200 years before the Skywalker Saga begins with Star Wars: Episode I – The Phantom Menace (1999) — when the Jedi Order reigned supreme.

Headland’s show will show the rise of the dark side of the Force as the Sith began to take hold of the Star Wars universe. Many fans even believe it may introduce Sheev Palpatine’s Sith Master, Darth Plagueis, in live-action for the first time.

There have also been rumors that the show will feature fan-favorite “Knights of the Old Republic” video game character Darth Revan, though this would likely occur in a flashback since Revan lived eons before even the High Repulblic age.

Now, new details about The Acolyte — which is reportedly set to start filming in 2022 — have emerged. Per a recent article:

…the working title for The Acolyte is ‘Paradox‘. Paradox opens a lot of interesting possibilities in what it could be in reference to. Is Paradox referring to the main character, the perspective of the series, or even what the show will be exploring?

This article went on share additional details about the show’s main character, which is set to feature a female protaganist. Lucasfilm has already reportedly begun casting for a woman of color in her 20s or 30s for the role:

Previously, Headland shared that she wants her series to function as an inclusive “tent revival” for the Star Wars franchise:

“I relate to male characters all the time. I root for Mando [Pedro Pascal’s bounty hunter Din Djarin]. I root for Luke [Mark Hamill’s Jedi Knight Luke Skywalker]… An inclusive space means an inclusive space. But at the same time, I think that just because something has a female protagonist doesn’t necessarily mean it’s only for women.”

Are you looking forward to The Acolyte?