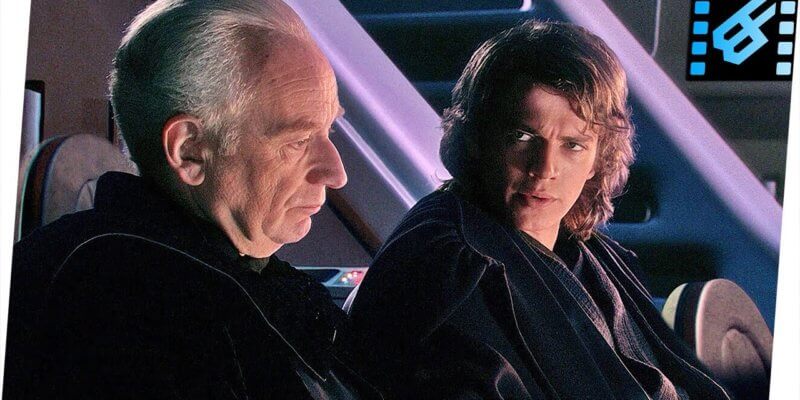 One of the most mysterious Sith Lords, and Star Wars characters, to ever be mentioned in Lucasfilm’s leading franchise is none other than Sheev Palpatine’s former master, Darth Plagueis. The Sith Lord was referenced in George Lucas’ Star Wars: Episode III — Revenge of the Sith (2005) by Palpatine (Ian McDiarmid) in a conversation with Anakin Skywalker (Hayden Christensen) and since then, it has been silent on the Plagueis front, at least in canon…until now.

Killed by his apprentice, Palpatine, the character of Darth Plagueis has never been explored in the Star Wars canon mythos. It’s easy to see why. Aside from its transmedia adventures in novels and comic books — namely the High Republic era franchise — Star Wars is yet to go earlier than the prequel trilogy in the live-action universe.

McDiarmid’s Palpatine, of course, featured first in the original trilogy sequel Star Wars: Episode V: The Empire Strikes Back (1980) as the Dark Lord, the Emperor. The ruler of the Galactic Empire and Darth Vader’s (Dave Prowse/James Earl Jones) master, returned in the final Star Wars movie in an attempt to bring Jedi hero, Luke Skywalker (Mark Hamill) to the dark side of the Force. In the sequel trilogy’s conclusion, Palpatine enticed his granddaughter, Rey (Daisy Ridley) to kill him so that his spirit could pass into her after her confrontation with him and the Sith Eternal on Exegol.

But how did Palpatine become the evil Sith Lord, Darth Sidious? Plagueis.

Further explored in the non-canon Star Wars universe, Star Wars Legends, Darth Plagueis — as explained in Revenge of the Sith — mentored a young Palpatine up until his death. Plagueis himself overthrew his own master, Darth Tenebrous, and in James Luceno’s 2012 book, Star Wars: Darth Plagueis, the Sith Lord seeks to dismantle the Galactic Republic and issue in a dominant era of the dark side.

Now, after 16 years, Star Wars fans have a first glimpse of the character in the canonical universe. It’s eerie and chilling but leaves enough room for the Sith Lord to make an official live-action debut, potentially in future projects from Lucasfilm. As with many of Star Wars‘ canon additions, fans can thank external media for this first look at Darth Plagueis.

#StarWars At the top here seems to be our first canon look at Plagueis, just his eyes though lol

#StarWars
At the top here seems to be our first canon look at Plagueis, just his eyes though lol https://t.co/ScLzqmh204 pic.twitter.com/G1c7A8XgDA

It is extremely likely that this eerie hooded figure is Darth Plagueis, what with the generational lineup of his Sith Lord successors beneath him. It is interesting that Star Wars won’t commit to fully revealing this character in the canon galaxy far, far away but what is fascinating about this book — Star Wars: Secrets of the Sith (2021) — is that is narrated by Palpatine himself.

The reference to Rey’s and Ben Solo’s Force Dyad — the rare and powerful Force-bond — was explored in the Skywalker Saga conclusion, Star Wars: Episode IX — The Rise of Skywalker (2019). It is in the novelization of the Star Wars movie though that reveals Darth Plagueis tried to form a Force Dyad with his Sith apprentice before his death.

At this time, there is only one live-action Star Wars project that takes place before the events of Star Wars: Episode I — The Phantom Menace (1999), Leslye Headland’s, Acolyte. The Russian Doll co-creator will bring fans to a part of the High Republic Era set 200 years before little Anakin Skywalker (Jake Lloyd) first met Jedi Master Qui-Gon Jinn (Liam Neeson), Obi-Wan Kenobi (Ewan McGregor), and Padmé Amidala (Natalie Portman) on Tatooine.

The series is said to explore the dark side of the Force “in the final days of the High Republic era”, meaning it could be likely fans will see the origin story to “the Tragedy of Darth Plagueis the Wise” some time on Disney+ in the very near future.

More of Star Wars: The Secrets of the Sith

From Darth Maul to Clone Wars era, Darth Tyranus AKA Count Dooku, StarWars.com describes Star Wars: The Secrets of the Sith as the following:

Star Wars: The Secrets of the Sith, a new children’s book written by Mark Sumerak and illustrated by Sergio Gomez Silvan, will explore the dark side of the Force — with Emperor Palpatine serving as narrator. Like an artifact found in a Sith temple, The Secrets of the Sith is filled with many elements that someconsider to be unnatural, including arcane knowledge, incredible artwork, and other interactive features, such as pop-ups, booklets, and lift-the-flap inserts.

Do you think Darth Plagueis will eventually show up in the Star Wars live-action universe? Let us know in the comments!