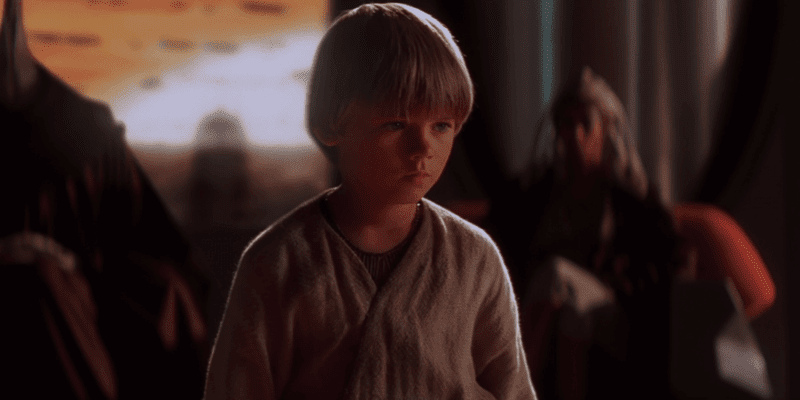 Star Wars fans are in for a treat over the next few years as Lucasfilm’s robust plans to continue George Lucas’s legendary franchise come to fruition. With a mammoth slate of new television projects as well as new feature films headed our way, the Star Wars galaxy is about to expand like never before.

And if you’ve been frozen in carbonite for the last two years, Star Wars has already been building on its legacy with the acclaimed show, The Mandalorian, and Dave Filoni’s new animated series, The Bad Batch. One upcoming project is also starting to gain steam and a recent update means it could completely change the Star Wars prequels forever.

Lucasfilm President Kathleen Kennedy announced a catalog of new Star Wars projects at the end of last year at Investors Day 2020. Including Disney+ television shows like Andor, Lando, and Ahsoka — as well as a new feature film from Wonder Woman director Patty Jenkins, titled Star Wars: Rogue Squadron –, the Star Wars studio is primed ready to take over theaters and the world of streaming.

While characters like Cassian Andor and Lando Calrissian have already appeared in Star Wars media, some of the announced projects came under a deepened shroud of mystery. Leslye Headland’s The Acolyte is by far the most mysterious of the upcoming Star Wars bunch. sure, things like Ahsoka are likely to be the most anticipated due to Ahsoka Tano’s unparalleled role in previous Star Wars installments, but Headland’s The Acolyte will go to a place never-seen-before in on-screen Star Wars media.

Up to now, both the big theatrical blockbusters and the small-screen successes have told a rather bracketed story — that is, the Star Wars prequels acted as an origin for Anakin Skywalker’s fall to the dark side, and the rise of Darth Vader and the Galactic Empire. Even the Star Wars sequel trilogy went as far as re-introducing some original trilogy favorites into the Star Wars timeline.

It could be said that the Star Wars saga thus far is wider than it is long. Animated series like Star Wars: The Clone Wars and the latest outing, The Bad Batch, have and are doing marvelous things to stretch what we know about the galaxy but The Acolyte will go further back than fans have ever seen on-screen — even offering a look at the events leading up to Star Wars: Episode I – The Phantom Menace (1999), with it being set many years prior.

Speaking to The Wrap, the Russian Doll co-creator spoke about the influence the first prequel has on her upcoming Star Wars show. Commenting on her personal connection with The Phantom Menace, the new Lucasfilm showrunner also shared it signaled the start of her intrigue surrounding the Star Wars story.

“And I know there were varying reactions to it. And certainly there were a lot of people that had grown up with the original trilogy who were disappointed by it. But I actually was very intrigued by why George Lucas had started us at that particular point…”

Headland goes on to detail what sorts of questions she had about the story Lucas was trying to tell:

“I kind of wondered, but what happened to lead up to this? That’s kind of where my ‘Star Wars’ fan brain went was like, ‘How did we get here?’ And why are the Jedi like this? When they are in power, why are they acting this way and how is it that they’re not having the reaction that you would think they would to Anakin’s presence and what Qui-Gon Jinn is saying about how passionately he feels about training him and bringing him into the fold…”

The Acolyte has already been described as a “tent-revival” for the Star Wars franchise with new characters never seen in the canon before entering the galaxy following on from the ongoing High Republic era of media through comic books and novels like Cavan Scott’s, The Rising Storm. Headland’s mention of Maul here points to the show going deeper into the history of the Sith, Sith lore and the dark side in the Star Wars universe.

“It’s like, even the discovery of Darth Maul is kind of met with this like, ‘Hm, interesting’ kind of feeling. So I just think for me, my brain has always buzzed around that area and wondered what’s going on here — or what has been going on here.”

Star Wars‘ original announcement for the project was as follows:

Not much is known of The Acolyte‘s plot but with this key inclusion of the dark side, many Star Wars fans are expecting to potentially see the on-screen introduction of Darth Plagueis — which could further hint at Chancellor Palpatine’s AKA Darth Sidious’ rise to power prior to the prequel trilogy beginning. We know how Palpatine’s story ended but we don’t know for sure how it began.

So, if all this comes to fruition then Star Wars fans might get a more detailed look at how the events leading up to Anakin Skywalker’s arrival impacted the prequel trilogy, and it may well completely change our view of the films forever.

Are you looking forward to The Acolyte? Let us know in the comments!