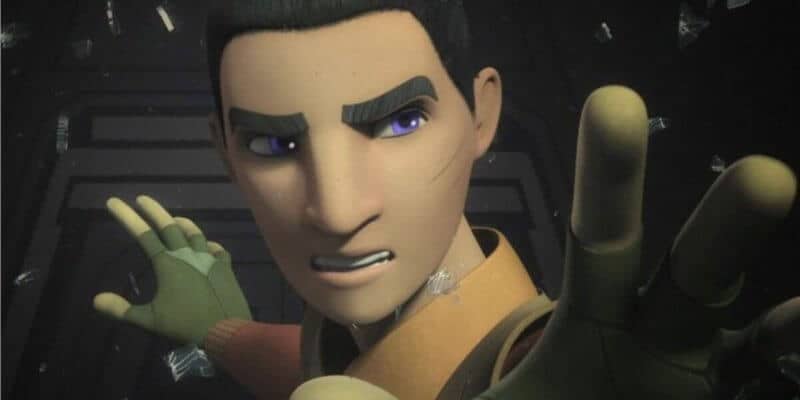 The faraway galaxy is teeming with sentient life, with countless planets across all the star systems being inhabited by races from Twi-lek to Trandoshan, Wookie to Gungan, and Togruta to human. And among them are the Jedi, powerful beings who possess the ability to wield the Force – and any sentient species can be Force-sensitive.

With all that said, it’s easy to forget that the Star Wars universe is also populated with less sentient creatures. But there are one such species in the faraway galaxy that you’ve probably never have heard of, yet they play a huge role in Star Wars canon, and are even part of an event that has influenced the future of Star Wars in television!

So what are these creatures? Bantha? Sarlacc? Rancor? Krayt dragon? Nope – none of the above! Here’s the faraway galaxy’s most powerful creature you never even knew existed…

What Are They Called?

If you really have no idea what this species is, what do you imagine them to look like? After all, the sky’s the limit when it comes to Star Wars creatures, and we’ve seen everything there is to see so far, whether it’s giant space-snakes that live inside asteroids, or Godzilla-like monsters such as the Zilla Beast as seen in Star Wars: The Clone Wars.

Well, a ‘purrgil’ actually looks more like a mammal that lives here on Earth – a large whale (although the purrgil does vary in size, but is still huge regardless). In fact, it would be pretty identical to a whale if it wasn’t for four large hind tentacles, which probably makes the creature look more like an amalgamation of a whale and an octopus.

Where Do They Live?

Now that you know that the purrgil are enormous, whale-like creatures, do you imagine them dwelling in the deep oceans of a planet such as Mon Cala? Kamino, perhaps? Or even Naboo, where there’s “always a bigger fish”, as Qui-Gon Jinn (Liam Neeson) puts it? What if we told you they didn’t live in any ocean?

You’ll be very surprised to learn that the purrgil actually lives in space – yes, that cold, silent, and totally uninhabitable vacuum! But how do they breathe?! Well, they require a special green gas in order to survive, which also allows them to journey across the stars. And they can acquire this gas from many places, including asteroids.

What Movies and Shows Are They in?

If you’re wondering why you aren’t familiar with the purrgil, despite there being 12 Star Wars movies, that’s because they aren’t in any of them. They do, however, show up in Star Wars: Rebels, in which they play a significant role in each of the two episodes they appear in.

The purrgil are mentioned in other forms of Star Wars media but are yet to appear in any live-action TV show or movie. However, based on their importance in Rebels, and how a certain event they’re responsible for leads into the upcoming Ahsoka series, we can’t imagine this being the only time we see them.

Are They Friend or Foe?

They first appear in Rebels Season 2 episode “The Call”, in which they help the Ghost Crew escape an Imperial gas refinery on an asteroid. The purrgil even save Ezra Bridger from suffocating in space, and during this moment, the Jedi forms a bond with the purrgil – something he’s able to do with other creatures by using the Force throughout the show.

The fact that the purrgil make the decision to help the Ghost Crew – and to save Ezra’s life by returning his helmet to him – suggests that they’re actually a semi-sentient species, which means they have some sense of self-awareness. But what they do at the end of “The Call” proves that they’re the most powerful creatures in the galaxy…

Why Are They So Powerful?

At the end of “The Call”, Ezra and the rest of the Ghost Crew, who have learned that the purrgil require the gas from the asteroid so that they can travel, watch in awe as the creatures jump into hyperspace! Hyperspace is something many fans – and even inhabitants of the faraway galaxy – would never have believed to also be a ‘natural’ means of travel!

In the episode, Hera Syndulla explains to the Ghost Crew that the purrgil were the stuff of legend, and even inspired the people of the galaxy to develop interplanetary travel, saying, “When I was young, I was told amazing stories of creatures that lived in the stars, traveled between the worlds. Old pilots said it was the purrgil who inspired us to jump from system to system.”

The purrgil’s second and final appearance in Rebels is in the Season 4 finale “Family Reunion – and Farewell”, in which Ezra uses his ‘Force-bond’ with the creatures to his advantage (along with the Loth-Wolves) to help liberate his home planet Lothal from Grand Admiral Thrawn and his Imperial forces.

A purrgil’s tentacle seizes Thrawn and his fleet of Star Destroyers, and along with Ezra, the flock of creatures jumps into hyperspace, taking the grand admiral and the young Jedi with them, leaving their fate unknown. In the epilogue, which takes place years later, we learn that Sabine Wren and Ahsoka Tano plan to mount a search for Ezra.

It’s rumored that this storyline will be a main focus in the live-action Ahsoka series – and the evidence is stacking up. In The Mandalorian Season 2, during her fight with the Magistrate (Diana Lee Inosanto), Ahsoka (Rosario Dawson) demands to know where Grand Admiral Thrawn is. And recently, Natasha Liu Bordizzo was cast into the role of Sabine in the upcoming show.

So it begs to question whether the purrgil will play a part in Ahsoka, or whether they’ll at least get a mention. After all, tracking down Ezra Bridger – even if it’s been nine years since his disappearance at the time Ahsoka is set (which is the same time as The Mandalorian) – would surely involve retracing the path of the purrgil..?

Fans are also speculating that Ahsoka will reintroduce the World Between Worlds, a mystical timeless realm that also debuted in Rebels. While The Clone Wars remains the most beloved Star Wars animated show, we can’t overlook the fact that Rebels introduced natural hyperspace and time travel!

Were you already familiar with the most powerful species in the Star Wars universe, and do you think they will play a part in Ahsoka?