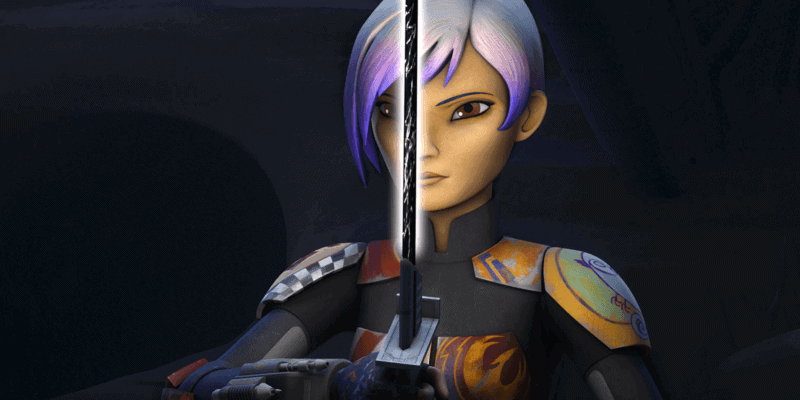 At the 2020 Disney Investor Day event, Star Wars fans learned that Jon Favreau and Dave Filoni’s hit series, The Mandalorian, was getting not one, but two, spinoff series entitled Ahsoka and Rangers of the New Republic.

A third spinoff — which Mandalorian showrunner Favreau has billed as “the next chapter” of his and Filoni’s “Mando-verse” — called The Book of Boba Fett was announced during The Mandalorian Season 2 finale post-credits scene.

Rangers of the New Republic, which was set to star fired actress Gina Carano as Nevarro Marshal Cara Dune, is “no longer in active development” due to the controversy surrounding the former Mandalorian star, but Rosario Dawson’s Ahsoka, it seems is well on its way to production.

Although full details are not known about Ahsoka, the series is seemingly set to follow the series finale of Filoni’s animated series Star Wars Rebels. During Dawson’s live-action debut as Anakin Skywalker’s former Padawan in The Mandalorian Season 2, Episode 5 (“Chapter 13: The Jedi”), she discovered that Corvus Magistrate Morgan Elsbeth (Diana Lee Inosanto) was being controlled by Rebels villain Grand Admiral Thrawn.

Thrawn — who made his first appearance in Timothy Zahn’s Thrawn novel trilogy — is expected to make his live-action debut alongside Ahsoka’s fellow Jedi Ezra Bridger (Mena Massoud) when Ahsoka premieres. Now, another member of the Rebels Ghost ship crew has been cast and fans can’t get enough.

It was recently confirmed that Natasha Liu Bordizzo (The Society) will play a fan-favorite character, Sabine Wren. Per Deadline’s original announcement:

Sabine Wren, who was voiced on Rebels by Tiya Sircar, is a young Mandalorian warrior and graffiti artist, Imperial Academy dropout and a former bounty hunter with expert knowledge of weapons and explosives.

Ahsoha, which is eyeing a March production start date, according to a ProductionWeekly listing, also is expected to feature an appearance by Hayden Christensen as Anakin Skywalker, who would reunite with his Jedi Padawan, Ahsoka, likely in flashbacks as the series is set five years after Return of the Jedi.

Bordizzo made her screen debut as Snow Vase in Netflix’s Crouching Tiger, Hidden Dragon: Sword of Destiny. She also starred on the streamer’s series The Society and in the 2019 film Crazy About You.

As previously mentioned, Star Wars fans are thrilled about the casting announcement.

Uzuri Art has already imagined how Bordizzo might look in her new role in the Star Wars universe:

Now that Natasha Liu Bordizzo has been cast as Sabine Wren in the Ahsoka series, I had to paint her in the role and imagine what she could look like.

Now that Natasha Liu Bordizzo has been cast as Sabine Wren in the Ahsoka series, I had to paint her in the role and imagine what she could look like.#StarWars #conceptart #fanart pic.twitter.com/dKpD0gssKD

A release date for the series has not been announced.

Are you excited about Natasha Liu Bordizzo’s Star Wars role?