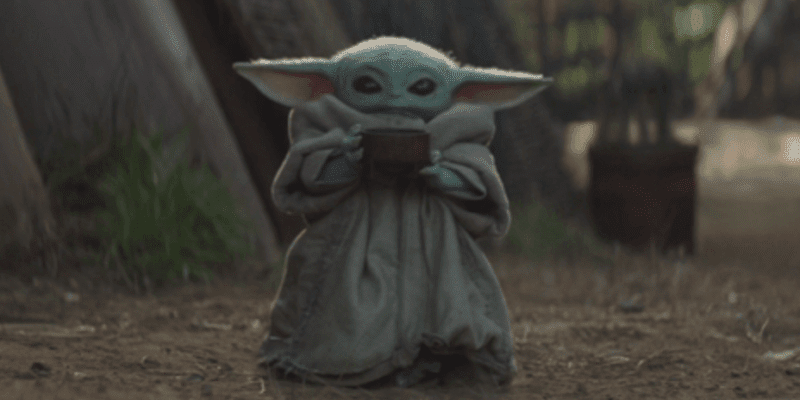 Yesterday, the highly-anticipated Disney Gallery: The Mandalorian special about the making of the Season 2 finale dropped on Disney+. The episode goes behind the scenes of Mark Hamill’s triumphant return to the Star Wars franchise as Jedi Knight Luke Skywalker.

Hamill has played the character for over 40 years, from George Lucas’s original trilogy — Episode IV: A New Hope (1977), Episode V: The Empire Strikes Back (1980), and Episode VI – Return of the Jedi (1983) — to the Skywalker Saga sequel trilogy, primarily in Rian Johnson’s controversial Episode VIII – The Last Jedi (2017).

Now, Season 2, Episode 16 (“The Rescue”) director Peyton Reed — who shared a sentimental moment with Hamill on social media after the episode originally aired — has posted a never-before-seen photo of the actor with Grogu, and it’s almost too cute for words.

Thanks again, ⁦@HamillHimself, for an unforgettable experience.

The photo features Hamill — still clad in his Jedi robe — holding the Grogu figure in the air while gazing intently at him. The Star Wars actor appears to be standing in a garden.

At this time, Mandalorian showrunner Jon Favreau and executive producer Dave Filoni have not confirmed Hamill’s future involvement in the Star Wars universe, but a recent Comic Con @ Home poster featuring Skywalker and Grogu building a yellow lightsaber certainly indicates he will be back.

The type of CGI technology that was used to de-age Hamill for his Season 2 finale cameo is costly, so it is unknown if Skywalker will continue to be “played” by Return of the Jedi era Hamill, or if he will be recast — perhaps with Marvel Cinematic Universe star Sebastian Stan, who bears an uncanny resemblance [above] to Hamill’s portrayal of young Luke Skywalker [below].

It is, however, worth noting that Lucasfilm recently hired a popular deepfake creator, so they may be planning additional cameos, like Han Solo (Harrison Ford) or Lando Calrissian (Billy Dee Williams), in the future — or, they could be preparing for the rumored Luke Skywalker series reportedly starring Brie Larson as Mara Jade.

Since we know little about what exactly to expect in world of The Mandalorian moving forward, Skywalker and his new Padawan could show up in any or all of the saga’s upcoming shows — The Book of Boba Fett, The Mandalorian Season 3, and Ahsoka, starring Rosario Dawson as Ahsoka Tano.

Do you want to see actor Mark Hamill show up again in Star Wars?