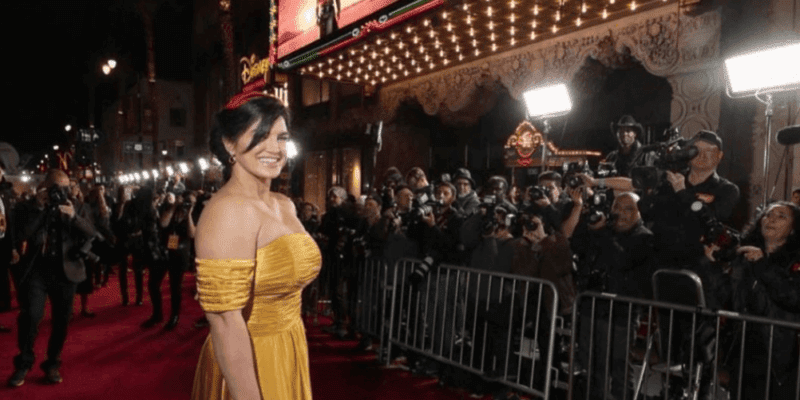 Former Mandalorian actress Gina Carano was fired from her role as Cara Dune in February 2021, following months of online social media drama. Carano’s controversial Tweets about social and political topics lead to trending hashtags like #FireGinaCarano, #IStandWithGinaCarano, and #WeLoveCaraDune throughout The Mandalorian Season 2.

As you can see, the photo [below], certainly has a very Star Wars vibe. It features a robed figure, perhaps Carano’s Cara Dune, in a setting that resembles Tatooine — but with three suns instead of two.

Hopefully you are returning to Star wars as the fans would love to see you back, if not they will follow whatever you go on to do! Legend

Hopefully you are returning to Star wars as the fans would love to see you back, if not they will follow whatever you go on to do! Legend

Mikel cut straight to the chase, posting his opinion on the Carano situation:

Did Disney come to their senses yet?

Did Disney come to their senses yet?

Does this mean our real life superhero is coming back to Star Wars?

Does this mean our real life superhero is coming back to Star Wars?

It’s worth noting that after she was fired by Lucasfilm and The Walt Disney Company, Carano joined forces with Ben Shapiro’s The Daily Wire. The actress has teased that the movie project she has in the works with Shapiro will “take down the Death Star”, indicating that it, too, will be a sci-fi film.

It is possible, therefore, that this new photo is a teaser for her own project, not a return to Star Wars.

At this time, Lucasfilm has made clear that they have no plans to recast the Cara Dune character moving forward. In fact, Carano was set to lead Mandalorian spinoff series Rangers of the New Republic, but that series is now “no longer in active development” following her dismissal from the Star Wars franchise.

Two other spinoff shows, The Book of Boba Fett, starring Temuera Morrison as the iconic bounty hunter, and Ahsoka, featuring Rosario Dawson as Ahsoka Tano, are both still currently in the works.

This certainly indicates that Carano will not be making a Star Wars comeback, but, of course, nothing is certain.

Intriguingly, Disney has been pushing for Carano to receive an Emmy Award nomination for her work on The Mandalorian Season 2, despite the fact that she has since been fired from the Star Wars universe.

Furthermore, the company ultimately decided to air the ex-Star Wars actress’s episode of Running Wild With Bear Grylls on Disney+ after initially pulling it.

Currently, Carano, the daughter of former NFL quarterback Glenn Carano, has not provided any additional explanation for her recent social media post. Previously, Carano’s Mandalorian costars, including Pedro Pascal and Katee Sackhoff, have expressed support for the controversial actress.

What do you think? Should Gina Carano be given a second chance in the Star Wars galaxy?