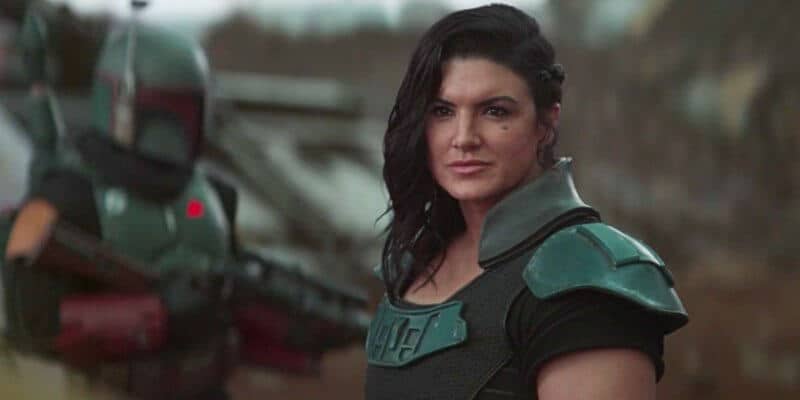 Recently, LEGO caused a bit of confusion among Star Wars fans when a leaked image of a Japanese catalogue seemingly showcased a new set that will include a Cara Dune Minifigure.

The now-deleted image showcased former mercenary Cara Dune alongside five other LEGO Minifigs — Grogu (AKA “Baby Yoda”) holding his customary cup of soup, Din Djarin with a beskar spear, Fennec Shand, Moff Gideon with the Darksaber, and a Dark Trooper.

Ultimately, of course, Jedi Knight Luke Skywalker (CGI Mark Hamill) saved the day and Grogu was spirited away in an X-wing to complete his Jedi Order training.

This is, however, a seemingly odd moment to relive in LEGO form given that Cara Dune actress, Carano, is no longer with the show — and Lucasfilm has been adamant that her character will not be recast. The situation has even gone so far that Carano’s spinoff series, Rangers of the New Republic, is no longer in “active development” alongside Ahsoka and The Mandalorian Season 3.

Fortunately, a LEGO designer has now clarified the recent Star Wars controversy that befuddled many a Star Wars fan and even had some Gina Carano supporters on Twitter hoping that Lucasfilm was reconsidering their decision to fire the actress. According to a Brick Fanatics update:

Responding to Brick Fanatics’ original story on the return of Cara Dune, Sam tweeted: “The LEGO Minifigure is a representation of the character, not the actress.”

The LEGO Minifigure is a representation of the character, not the actress.

What happened with Gina Carano and Star Wars?

Following months of online drama — which consisted of controversial Tweets about social and political topics, trending hashtags like #WeLoveCaraDune and #FireGinaCarano on both sides of the aisle, and a lot of fan opinions —  The Walt Disney Company let Gina Carano (The Mandalorian’s Cara Dune) go in February 2021.

The former women’s MMA fighter and daughter of NFL quarterback Glenn Carano is currently working on a new project with Ben Shapiro — a project they claim will “take down the Death Star”.

However, in a strange turn of events, Lucasfilm and Disney have recently been pushing for the Star Wars actress to receive an Emmy nomination for her work as New Republic Marshal Cara Dune in the second season of The Mandalorian on Disney+.

As previously noted, Lucasfilm has confirmed that Cara Dune will not be recast — despite reports that Mandalorian showrunner Jon Favreau has gone to bat for her –, but there does exist the possibility that Dune could return in animation.

The fact that Dune is once again being included in merchandise after both Hasbro and Funko POP pulled upcoming products could potentially be a sign that we aren’t completely done with Cara Dune — but if there is a reappearance, it might not look exactly like Gina Carano fans want it to.

What do you think about actress Gina Carano? Is it bizarre for Cara Dune to be included in a new LEGO set or should the character still be celebrated?