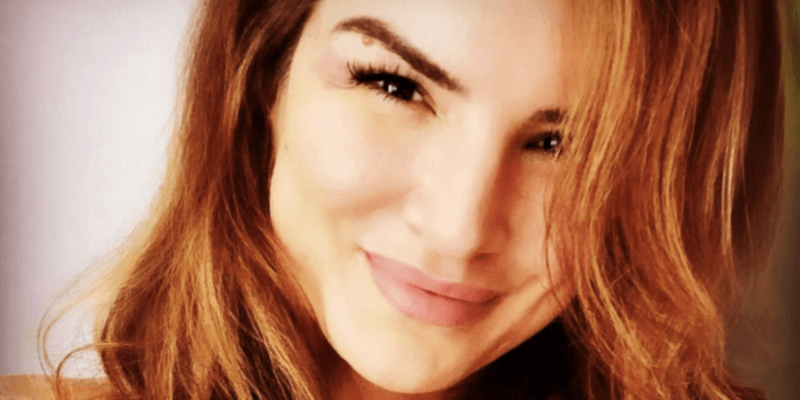 If you’re a Mandalorian fan, there’s basically no chance you missed the Gina Carano drama that unfolded throughout the second season of the hit Star Wars series.

Carano, a former Muay Thai and women’s MMA fighter and the daughter of Roger Staubach’s backup NFL quarterback, Glenn Carano, became well-known last year for sharing her personal views on Twitter. The Star Wars actress frequently expressed her opinions about a variety of political and social topics, including the ongoing COVID-19 pandemic.

Mandalorian fans were divided, with multiple opposing hashtags — including #FireGinaCarano, #WeLoveCaraDune, and #IStandWithGinaCarano — trending at various points throughout Season 2.

Carano even received support from Mandalorian costars like Pedro Pascal (Din Djarin), Ming-Na Wen (Fennec Shand), and Katee Sackhoff (Bo-Katan Kryze) before she was ultimately fired from the Star Wars franchise in February 2021.

Upon Carano’s firing, a statement from Lucasfilm and The Walt Disney Company referred to Carano’s online behavior as “abhorrent,” per a Reuters report.

Now, however, Carano’s supporters are continuing to sign a petition to for the Star Wars franchise to rehire the actress. At this point, the petition has reached nearly 100,000 signatures on Change.org.

I’m not going to say she was right or wrong with her views, but firing celebrities over their political views has been happening way too often, and once again, Hollywood has struck down another conservative. What she said may have been a little extreme, and I can even see why some people may have been offended, but her tweet was not made to incite violence or to express discrimination or hatred of any sort to any particular group.

And now, once again, a beloved actress has been fired for speaking her mind. This petition is for the executives at Disney. Please, why can’t you just leave politics out of the industry and press on? “The Mandalorian” is a fantastic show, and Gina Carano’s portrayal of Cara Dune is a joy to watch. The Mandalorian wouldn’t be the same without her.

Related: ‘The Book of Boba Fett’ Is Literally a Book

Currently, Disney executives, including CEO Bob Chapek, seem committed to not bringing Carano back to the Star Wars galaxy.

In fact, it has already been confirmed that Carano’s character, Cara Dune, will not be recast. Reports are currently circulating that Star Wars Rebels pilot, Hera Syndulla, may make her live-action debut in Rangers of the New Republic, which was originally set to be Carano’s spinoff.

It is worth noting, however, that there is a precedent for Disney rehiring someone after firing them.  Marvel Studios’ Guardians of the Galaxy director, James Gunn, was previously fired and later rehired by the company after offensive comments made online.

Gunn did, though, issue a formal apology. At the time of this article’s publication, Carano has not.

Mandalorian creator Jon Favreau and executive producer Dave Filoni have neither one spoken out regarding the Gina Carano situation. At this time, the duo are working on four confirmed Star Wars series — The Mandalorian Season 3, Rangers of the New Republic, Ahsoka (starring Rosario Dawson as Ahsoka Tano), and The Book of Boba Fett (starring Temuera Morrison as Boba Fett and Ming-Na Wen as Fennec Shand).

If you are interested in signing the petition imploring Disney to reconsider firing Gina Carano, click here.

What do you think about this ongoing situation? Let us know in the comments.