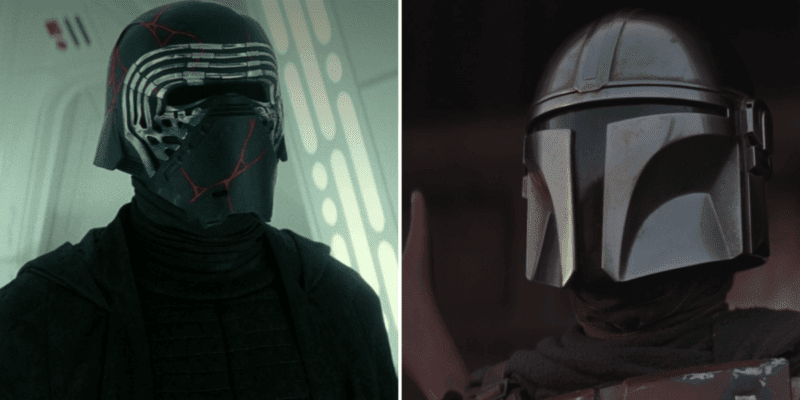 Star Wars: Episode IX – The Rise of Skywalker (2019) came out with the weight of the world on its shoulders. The JJ Abrams directed feature – who returned after booting off the sequel trilogy with Star Wars: Episode VII – The Force Awakens (2015) – not only had to successfully navigate a polarized fandom following Rian Johnson’s Star Wars: Episode VIII – The Last Jedi but also wrap up a four-decade old global phenomenon and carry George Lucas’s Star Wars legacy to a fitting conclusion. It’s safe to that it wasn’t smooth sailing for Abrams, Lucasfilm President Kathleen Kennedy or The Walt Disney Company. The final cut ultimately caused immense rifts in the fandom – rifts that seem to be healing thanks to the critical and commercial hit The Mandalorian.

What is still intriguing though, is Colin Trevorrow’s original version of Star Wars: Episode IX. The Jurassic World (2015) director was hired to finish the sequel trilogy with his film, Duel of the Fates, but due to dissatisfaction with Trevorrow’s script from Lucasfilm, Trevorrow left the project due to creative differences and was granted a story credit only. This shift in creative control led Abrams back to the Star Wars movie franchise but in 2020 Trevorrow’s script was leaked, and fans went wild at its differences from Abrams take on the Skywalker Saga conclusion. Seemingly playing into the darker tones established in The Last Jedi, Duel of the Fates led Kylo Ren (Adam Driver) deeper into the throes of the dark side while Daisy Ridley’s Rey aimed to destroy him.

It also had two huge links to the Disney+ television show, The Mandalorian, which began airing just before The Rise of Skywalker released in theaters. The links in Duel of the Fates to Jon Favreau’s and Dave Filoni’s first season of The Mandalorian would have potentially done more fan-service, and maybe done it better, than Rey uttering the words “Rey Skywalker” at the end of Episode IX – it would have further cemented Star Wars as a growing cinematic universe, playing into the crossover trends that blockbuster studios like Marvel have built into their very framework.

What are the links between Duel of the Fates and The Mandalorian?

Arguably, one of the more drastic ideas that The Rise of Skywalker changed was the journey and redemption of Kylo Ren. In Abrams’s film we see the Knights of Ren leader renounce the Dark Side and give his life to save Rey on the Sith planet of Exegol, where Emperor Palpatine (Ian McDiarmid) has been biding his time, establishing an Imperial armada. However, Trevorrow’s script shows Kylo Ren delving deeper into the Dark Side where he travels to Mustafar and finds a Sith Holocron from Palpatine. The message is meant for his grandfather Darth Vader (Hayden Christensen) and explodes in his face leaving him severely injured. Seeking assistance from the First Order, Trevorrow’s script reveals Kylo Ren went on to have parts of his face – and his mask – remade using the galaxy’s strongest material. You guessed it, Beskar steel.

The coveted Mandalorian armor plays a huge part in The Mandalorian and is strong enough to withstand both blaster shots and lightsaber strikes. The Empire took control of beskar during the Great Purge, which saw most of the Mandalorians killed.

Another reference to hit Disney+ show comes in the form of another desirable Mandalorian item — the Darksaber. In the television show, we are first introduced to the Darksaber when Moff Gideon (Giancarlo Esposito) reveals it at the end of The Mandalorian Season 1. In Duel of the Fates, one of the Knights of Ren is said to be wielding the iconic weapon – which grants the owner the right to rule Mandalore and its warriors. The Darksaber went on to play a bigger role in The Mandalorian Season 2 where we saw Katee Sackhoff make her live-action debut as Bo-Katan Kryze in search of the Mandalore ruling weapon. Ultimately though, it would be Pedro Pascal’s Din Djarin – the eponymous Mandalorian himself – who would best Moff Gideon and take control of the infamous Darksaber.

What Trevorrow’s Duel of the Fates did was offer stronger connections to the Star Wars universe outside of the Skywalker Saga. While it wasn’t meant to be, fans can certainly lean towards Duel of the Fates for an idea of what could have been and see an alternative to Abrams’s conclusion, which included more of Luke Skywalker (Mark Hamill). It would have been cool to see elements of The Mandalorian appear in the blockbuster conclusion to the Star Wars journey George Lucas began so many years ago, making their appearance in The Mandalorian much more exciting.

For now, we can only dream of a Beskar clad Kylo Ren and fingers crossed we see more Mandalorian culture (and more Grogu AKA “Baby Yoda”) in the upcoming shows Ahsoka, which follows Rosario Dawson’s Jedi Knight character Ahsoka Tano, The Book of Boba Fett –  featuring Jango Fett original actor Temuera Morrison and Ming-Na Wen’s bounty hunter Fennec Shand – and Rangers of the New Republic, which are all set in the same timeline.

Would you have liked to see more of The Mandalorian in Star Wars: Episode IX?