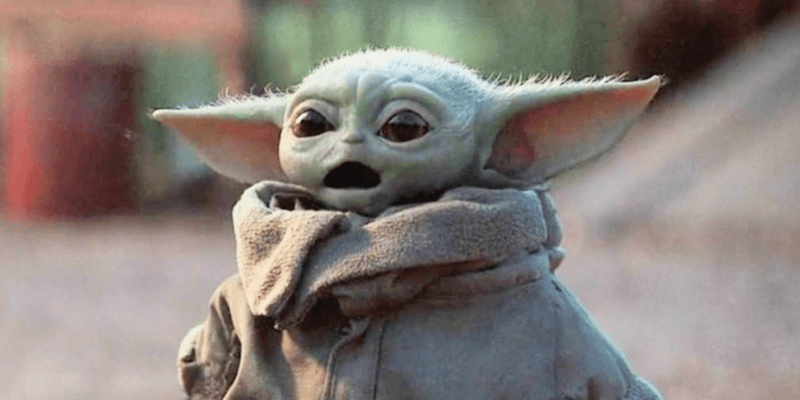 This November will mark the second anniversary of Disney+ and its ground-breaking show, The Mandalorian. While the Star Wars television series kicked off a new wave of content for the universe that George Lucas made famous in 1977, it also sparked a new fandom for its characters – the eponymous Mandalorian, Din Djarin, played by fan-favorite actor Pedro Pascal, and his sidekick, the universally adored Grogu (AKA “Baby Yoda”).

The two characters are now cemented in pop culture as an unlikely duo, with Grogu offering a cuteness to contrast Pascal’s gritty gunslinger persona. Jon Favreau’s and Dave Filoni’s (Star Wars: The Clone Wars) show proved a major hit with Star Wars fans and gave a glimpse at what a post-Return of the Jedi (1983) galaxy looks like. Not only did it introduce Din Djarin and Grogu into the Star Wars canon, but also gave us Bo-Katan (Katee Sackhoff) and Ahsoka Tano (Rosario Dawson) in their live-action debuts. And, that’s not to mention Temuera Morrison as the bounty hunter Boba Fett and the CGI reveal of a young Luke Skywalker (Mark Hamill) in the Season 2 finale. The Mandalorian also premiered the Darksaber at the hands of Giancarlo Esposito’s Moff Gideon. It did have its fair share of controversy too, due to Gina Carano’s (Cara Dune) social media use, leading her to be fired from the show.

The Mandalorian has spawned many memes. The most notable has to be Grogu sipping soup peacefully, which became the new version of “sipping tea” while dishing out unpopular opinions or internet “hot takes”. The director of the episode in which the character’s soup first appeared (“Chapter 4: Sanctuary”), Bryce Dallas Howard, even weighed in on the popular meme back when the episode first aired. Another popular GIF plays on the time Grogu ate the Frog Lady’s eggs en route to Trask in The Mandalorian Season 2.

Now, the adventurous pairing can be seen taking on a new video meme made famous on TikTok – the bastion of viral video content. For the last few months, TikTok creators have been using Mike Posner’s 2010 song “Please Don’t Go” to create a new trend where two or more people (or animals!) stare into the camera at the start of the song, which then ends with the same people driving off in headscarves and sunglasses. The trend is said to play on the trope of someone running away from their romantic partner and disappearing into the sunset.

In a recent video, Twitter user Mark Cannataro Films (@mcannatarofilms) produced his own take on the viral video trend, showing Mando and Grogu hopping atop a Speeder Bike on a desert-like planet – maybe a Tatooine reference? – before shooting off clad in sunglasses and headscarves.

It’s clear that with every viral video, meme and GIF, Baby Yoda becomes increasingly cuter. This all bodes well for the upcoming Season 3 of The Mandalorian. Although, it will be interesting to see how — and if — Grogu plays into the television shows that were announced at the end of last year. We saw Luke Skywalker escort him away at the end of Season 2, but after his connection with the Jedi Ahsoka Tano, could the character come back in her self-titled show, Ahsoka? And then there’s Obi-Wan Kenobi – Grogu seemingly survived the downfall of the Jedi when Emperor Palpatine (Ian McDiarmid) executed Order 66, so could we get an even younger Child appearance alongside Ewan McGregor’s character Obi-Wan Kenobi and Hayden Christensen’s Anakin Skywalker/Darth Vader?

It’s an exciting time to be a Star Wars fan and only those at The Walt Disney Company and Lucasfilm will know when we will next see the pop culture icon again. For now, the Baby Yoda content will have to tide us over until then.

When do you think Baby Yoda will return to the Star Wars universe?