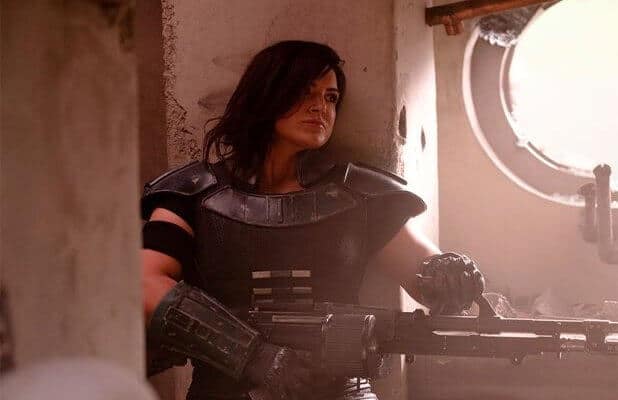 Her followers have long been at odds regarding the Star Wars actress. Throughout The Mandalorian Season 2, opposing hashtags — #FireGinaCarano, #WeLoveCaraDune, and #IStandWithGinaCarano — trended.

Now, following the news of the former Muay Thai and women’s MMA fighter’s firing, her supporters have unsurprisingly come to her defense with a petition.

The Change.org petition is simply called “Bring Gina Carano Back to The Mandalorian.” The description reads:

Gina Carano has been removed from The Mandalorian for social media controversy! Bring her back Disney!!

The petition for Carano’s return had thousands of signatures just hours after she was fired from Star Wars and numbers continue to climb. In all likelihood, this petition will not have any bearing on Lucasfilm and Disney’s decision to fire Carano, as the team seemed resolute in their statement, which called her latest Tweet “abhorrent.”

What about Gina Carano’s Cara Dune?

For Star Wars fans, the most unfortunate part of Carano’s firing is that her character’s story may not be completed. The actress, who is the daughter of former NFL quarterback Glenn Carano, was expected to star in Mandalorian spinoff series, Rangers of the New Republic.

Throughout the second season of Jon Favreau and Dave Filoni’s hit streaming series, Dune’s story arc largely revolved around her choice to become a New Republic Marshal on Nevarro.

While little is known about Rangers of the New Republic, it was expected to follow Dune and, potentially, other Mandalorian characters like Greef Karga (Carl Weathers) and X-wing pilot Carson Teva (Paul Hyung-Sun Lee).

Lucasfilm has not made any announcements regarding the future of the show. There are, of course, multiple options for how the studio could proceed now that Carano has been fired.

They could recast her — many fans have pointed out Once Upon a Time actress Lana Parrilla’s resemblance — or they could move another character, like Lee’s Teva, into the leading role. Finally, of course, the series could be canceled, but this seems unlikely.

What else is happening in The Mandalorian saga?

In addition to Rangers of the New Republic, there are two other Mandalorian spinoffs coming down the pipeline.

The Book of Boba Fett, which was announced during a post-credits scene after The Mandalorian season 2 finale episode, will showcase bounty hunter Boba Fett (Temuera Morrison) and Fennec Shand (Ming-Na Wen) in familiar territory. The duo has overtaken Jabba the Hutt’s former palace and are poised to navigate Tatooine’s crime syndicates.

Ahsoka, Rangers of the New Republic, and The Mandalorian Season 3 do not yet have release dates. The Book of Boba Fett will debut on Disney+ in December 2021.

If you are interested in signing the Gina Carano petition, visit Change.org. Which Mandalorian spinoff show are you most excited about?