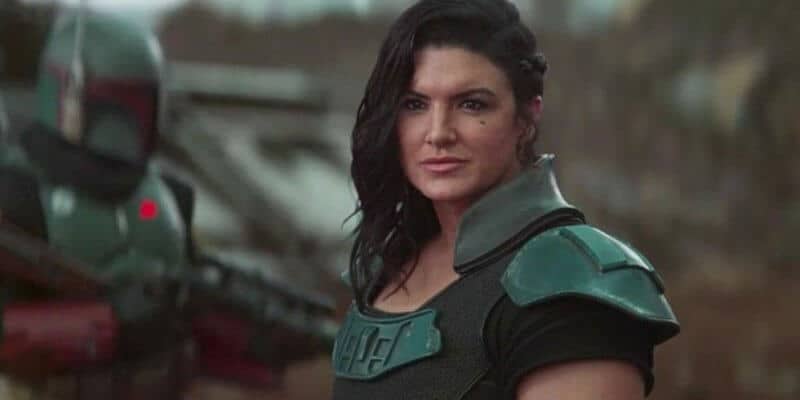 When Mandalorian actress Gina Carano was fired from Star Wars last week, fan opinions were divided — much as they were throughout The Mandalorian Season 2.

During the second season of creator Jon Favreau and executive producer Dave Filoni’s hit series, Carano became known for her controversial Twitter posts that led to trending hashtags like #FireGinaCarano, #IStandWithGinaCarano, and #WeLoveCaraDune.

As you can tell from the hashtags alone, the situation has been a whirlwind that has divided Star Wars fans. Regardless of people’s feelings toward the former women’s MMA fighter herself, though, the status of her character, Cara Dune, within the Star Wars franchise has quickly become a hot topic of conversation.

Dune, who hailed from Princess Leia Organa’s homeworld of Alderaan, was an ex-mercenary and current New Republic Marshal on the planet Nevarro. She was primed to star in upcoming Mandalorian spinoff series, Rangers of the New Republic. Dune’s Mandalorian Season 2 story arc largely revolved around her making the decision to join the New Republic. She was clearly being set up for a key role in the Star Wars streaming saga moving forward.

However, during the 2020 Disney Investor Day event, Lucasfilm President Kathleen Kennedy did not mention Carano’s name in conjunction with the spinoff show or The Mandalorian Season 3. This led many to speculate that she was already in hot water with the Star Wars franchise and The Walt Disney Company.

In fact, some reports at the time indicated that Carano only still had her job because of Jon Favreau, who created the role of Cara Dune especially for her.

This led to rumors that Dune could be recast moving forward. These reports have only heated up since news of Carano being fired broke. Now, however, The Hollywood Reporter has confirmed with Lucasfilm that Cara Dune will not be recast.

…a Lucasfilm source saying that the Cara Dune role on The Mandalorian is not expected to be recast and that she was not part of the Dec. 10 presentation, nor was she engaged in negotiations for future work.

Interestingly, prior to Carano being let go by Lucasfilm and Disney, many of her Mandalorian co-stars voiced support for the actress. Katee Sackhoff (Bo-Katan Kryze), Carl Weathers (Greef Karga), and leading man Pedro Pascal (Din Djarin) all spoke out regarding their positive relationships with Carano.

The Hollywood Reporter did not share details about whether or not Cara Dune’s story could ever be continued in animation. The Mandalorian’s Dave Filoni, as Star Wars fans know, was involved in both Star Wars Rebels and Star Wars: The Clone Wars, so an animated series is seemingly not out of the question at some point.

What is happening next in The Mandalorian saga?

As Star Wars on Disney+ moves on without Gina Carano’s Cara Dune, subscribers still have a lot to look forward to. With 11 new series confirmed, including The Mandalorian Season 3 and three spinoffs, things are only getting started for bounty hunter Din Djarin (Pedro Pascal), Grogu (AKA Baby Yoda), and their band of companions across the galaxy.

Next up is The Book of Boba Fett — featuring Temeura Morrison as Boba Fett and Ming-Na Wen as Fennec Shand — in December 2020.

The aforementioned third season of The Mandalorian and Rangers of the New Republic — alongside Ahsoka, showcasing Rosario Dawson’s live-action portrayal of Jedi Ahsoka Tano — do not have official debut dates and are expected sometime in 2022.

Carano’s firing could potentially open the door for surprise fan-favorite X-wing pilot Carson Teva (Paul Sun-Hyung Lee) to play a larger role in the Star Wars universe, though nothing has been confirmed at this time.

What do you think about the fact that Mandalorian star Gina Carano’s Cara Dune won’t be recast? Do you agree or disagree with her social media posts?