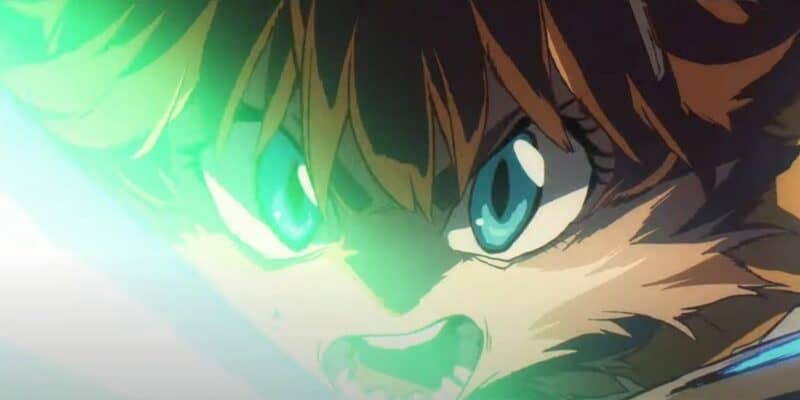 When it comes to Star Wars, we’re always casting a lens over the material that’s undoubtedly canon, whether it’s the 12 movies, the two live-action shows, or animated shows such as Star Wars: The Clone Wars (2008 — 2020) and Star Wars: Rebels (2014 — 2018). Even video games tend to get more attention than some of the non-canon Star Wars material.

That’s not to suggest that shows like Star Wars: Visions (2021) are obscure, but by contrast with all the mainstream stuff, that show in particular is relatively unknown, or at the very least, less talked about. While it only premiered on Disney+ last year, it’s reasonable to assume that the anthology series has since been forgotten by many, perhaps because it isn’t considered canon.

Star Wars: Visions is an anime anthology series that consists of nine episodes, each of them entirely unrelated to one another, and seemingly untethered to anything else we’ve previously seen in the Star Wars franchise. There are some Star Wars: Visions episodes that respect long established Star Wars lore and timelines, while others take some much-needed liberties.

Disney and Lucasfilm said that they wanted to give the seven Japanese anime studios behind Star Wars: Visions the creative freedom to tell their own stories, without the burden of having to circumnavigate established canon. While this doesn’t necessarily mean that the show isn’t canon, it also doesn’t firmly ground it among movies and shows that are unquestionably canon.

Nevertheless, Star Wars: Visions is whatever you make it, but there’s one episode in particular that can easily be slotted into Star Wars canon without creating any inconsistencies and continuity errors. That episode is “Lop and Ocho”, and is easily one of the more memorable episodes in the collection (along with the likes of “The Duel” and “T0-B1”).

“Lop and Ocho” takes place some time during the reign of the Galactic Empire, though a specific BBY isn’t made clear. When the episode begins, we see an Imperial Star Destroyer closing in on the planet Tao. We’re told by the narrator that the planet has struggled to advance on an industrial level, but is rich in natural resources. As such, the Empire has arrived on Tao.

The Empire promises to help Tao to develop and prosper, in exchange for its resources. Consequently, the environment of Tao suffers from the Empire’s presence, while its people live under oppression, some of them having even been forced into slavery. One of those slaves is a young Lepi (a humanoid rabbit) named Lop (Anna Cathcart) one of the two titular characters.

The orphaned Lop, along with her droid, TD-4, is taken in by a kind family — Boss Yasaburo (Paul Nakauchi) and his daughter, Ocho (Hiromi Dames). Before the episode gets going, we jump forward an unspecified number of years, and find Lop and Ocho, who have become sisters, to be young women. And their father, Yasaburo, is a rebel leader who opposes the Galactic Empire.

His actions and beliefs, it seems, have driven a wedge between him and his daughter, Ocho, with Ocho arguing that the Empire has brought hope to Tao. Soon, this begins to cause friction between Lop and Ocho too. Being a former slave, Lop, just like her father, recognizes the Empire for what it is — an evil and merciless galactic dictatorship.

Eventually, Ocho, who admits to have been feeding the Empire information on her father’s plans, joins them, and Lop is forced to flee from Imperial forces, hopping between rooftops to escape, before crashing into the streets. She returns home to Yasaburo, who reveals to her an ancient family heirloom — a lightsaber, whose green blade is adorned with many symbols.

After using the Force to show Lop the history of their clan’s relationship with the Jedi, Yasaburo hands her the lightsaber and teaches her how to use it in combat, before telling her that she is worthy to carry the blade because she is family, no matter the fact that they aren’t related by blood. Yasaburo tells Lop that she must use her weapon — and the Force — to save Ocho.

Later, during a fight, Ocho blinds her father with her lightsaber and attacks TD-4. In response, Lop summons the Force and engages her sister in a lightsaber duel. However, Ocho survives, and flees with the Empire. TD-4 shows Lop a hologram of her, Yasaburo, and Ocho on the beach many years ago, not long after they adopted her. At this, Lop promises to reunite her family.

“Lop and Ocho” might not deal with a particularly complex plot, but its themes of family, betrayal, heritage, identity, and both the light and the dark side, are major components in most Star Wars stories. At the same time, the episode is different enough — perhaps because its main character isn’t a human Jedi — that it begs to be developed into a larger project, such as a movie.

While we’ve seen plenty of non-human Jedi before, namely Ahsoka Tano, there’s something particularly infectious about Lop. She’s also extremely merchandisable, and the combination of her flying umbrella, companion hover droid, single-lens visor, Samurai attire, unique lightsaber, and the fact that she’s a Lepi, make us wonder why she’s yet to receive her own action figure!

But it’s not all about the central character — “Lop and Ocho” feels like it takes Star Wars back to basics, in that it sets up a good old-fashioned story about good versus evil, something the sequel trilogy made far too complicated than it needed to be. While simplicity isn’t always a good thing, sometimes, less is more, which has been proven by The Mandalorian (2019).

“Lop and Ocho” also has echoes of the original trilogy: an unlikely hero acquires a weapon from their ancestors, and chooses to use it, along with the Force, to bring a corrupt and seemingly-lost family member back from the clutches of the Empire. The popular “Hero’s journey” storytelling structure is as anchored to Star Wars as the Jedi themselves.

It’s also long overdue that Disney and Lucasfilm need to start moving away from overused characters like Luke Skywalker, Darth Vader, Boba Fett, and Obi-Wan Kenobi, and bring fresh blood into Star Wars. Either way, we think Lop has potential within the wider Star Wars universe. Who knows — over time, she might end up becoming one Disney’s most famous rabbits!

We also can’t ignore the fact that “Lop and Ocho” ends on a cliffhanger, with Ocho giving herself entirely to the Empire, leaving Lop heartbroken that her family is split down the middle, but at the same time determined to save her sister. Whether or not there’s a plan to follow this up remains to be seen, as there’s no word on Star Wars: Visions Season 2 just yet.

However, one of the great things about the faraway galaxy is that it’s known for converting live-action characters into animation, and more recently, turning animated characters into live action. Sabine Wren from Rebels is among the most recent examples, as she’s set to appear in the upcoming Ahsoka series, while Cad Bane recently appeared in The Book of Boba Fett.

So it’s possible that characters from Star Wars: Visions’ “Lop and Ocho” could appear in an upcoming live-action show, whether it’s Obi-Wan Kenobi (2022), Andor (2022), Ahsoka (TBA), or The Mandalorian Season 3 (TBA), or perhaps even a future Star Wars movie. And if not in live action, then in another animated show, such as Star Wars: The Bad Batch Season 2 (TBA).

Do you think “Lop and Ocho” from Star Wars: Visions should be adapted into a movie?