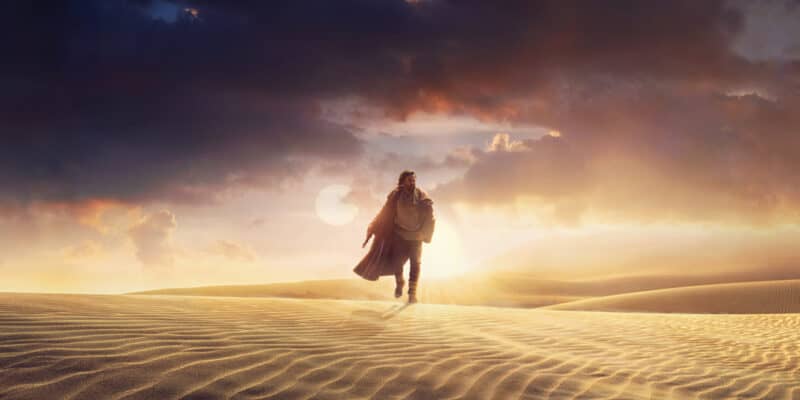 This year, Star Wars month will welcome Obi-Wan Kenobi to Disney+. Joining the likes of Jon Favreau’s The Mandalorian, Dave Filoni’s The Bad Batch, and most recently, The Book of Boba Fett, director Deborah Chow’s Obi-Wan Kenobi will see Ewan McGregor once more grace the screen as the iconic Jedi Master.

Here are all the details for the upcoming Disney+ series.

What is Obi-Wan Kenobi?

The Star Wars series was announced over two years ago by Lucasfilm President Kathleen Kennedy and McGregor at the 2019 D23 Expo. A year later, at the Walt Disney Company Investor Day Event, Kennedy revealed that Christensen would also star in the new Star Wars franchise TV show as Darth Vader. Obi-Wan Kenobi is set to feature “the rematch of the century” and will be helmed by Deborah Chow and written by Joby Harold.

In its first life, the Obi-Wan Kenobi project was an origin movie directed by Stephen Daldry (Billy Elliot) and written by Hossein Amini (Drive) but the financial failure of Solo: A Star Wars Story (2018) saw Lucasfilm rework the project into a potential television series. The series was put on hold in early 2020 due to Lucasfilm being unhappy with Amini’s scripts. He was later replaced with Harold.

The Jedi-centric series wrapped last August and will follow McGregor’s Obi-Wan Kenobi — who first appeared in Star Wars: Episode I — The Phantom Menace (1999) — as he begins his watch over Luke Skywalker on Tatooine. However, Chow has said that, even though this is where the series will start, “the interesting thing is going to be where it goes from there.” The series has also been described as the “connective tissue” of the franchise, meaning that pivotal events could happen, and important questions answered — such as Kenobi’s aging — during its six-episode limited run.

Obi-Wan Kenobi will utilize Industrial Light & Magic’s, the Volume, as seen in The Mandalorian. Chow directed two episodes of the bounty hunter series so the tech is nothing new to the director but McGregor has commented on the excitement of working with the StageCraft tech after acting with green and blue screens for the majority of the Star Wars prequel trilogy.

When does Obi-Wan Kenobi take place in the Star Wars timeline?

The Jedi series’ place in the Skywalker Saga sees it potentially cross with the events of Solo: A Star Wars Story which also happens around 10 BBY in the grander Star Wars story.

Who is in the cast of Obi-Wan Kenobi?

As for the others, Ingram (The Queen’s Gambit) teased lightsaber action early on in production, hinting that she could be playing anyone from Ahsoka Tano to an Inquisitor while Varma (Game of Thrones) was seen on set dressed in Imperial uniform.

Recently, it was reported that Friend would be starring as the Grand Inquisitor, leader of the Inquisitorius, dark side user, and servant of Sith Lord Darth Vader. The Inquisitors served as major antagonists in Filoni’s Star Wars Rebels so it is highly likely that the Jedi hunters will appear in Lucasfilm’s latest live-action event. Chow has also stated there are “Jedi hunters around”, meaning McGregor’s Star Wars character could certainly be in danger.

All will be revealed when Obi-Wan Kenobi debuts in May.

When is Obi-Wan Kenobi releasing on Disney+?

During the most recent Disney Earnings Call for Q1, Walt Disney Company CEO, Bob Chapek, revealed that Obi-Wan Kenobi will release on May 25, 2022. This date is significant as it marks the 45th anniversary of George Lucas’ first Star Wars movie release. The May 25 debut is not far off earlier reports that the series would launch on Star Wars Day (May 4), similar to how The Bad Batch was released on this day in 2021.

Will Princess Leia and Luke Skywalker appear in Obi-Wan Kenobi?

The hero of the original trilogy will potentially appear in the new series on Disney+ but as of yet, there has been no official announcement.

That being said, Chow has said that the story will start with Kenobi’s Tatooine exile and his watch over the young farmboy — Edgerton and Piesse’s casting also signals a Skywalker appearance –, but also commented that the story will go to other “interesting” places. Despite Obi-Wan Kenobi naturally featuring the iconic desert planet, Kathleen Kennedy said last year that Star Wars will “leave Tatooine” at some point. Alderaan, anyone?

With Vivien Lyra Blair’s alleged casting, as well as a leak suggesting Bail Organa’s (Jimmy Smits) role in the series, it stands to reason that a young Princess Leia Organa could feature in the Disney+ show. This would be a nice departure from the gritty dunes of Tatooine — The Book of Boba Fett spent the majority of its time inside Mos Espa — and give Star Wars fans a detailed look at the iconic Princess’ early years.

What other characters may show up in Obi-Wan Kenobi?

As said earlier, Ron Howard’s Solo: A Star Wars Story does occur in a similar part of the Star Wars timeline and, due to Han Solo’s (Alden Ehrenreich) work with the Galactic Empire during this time and the possibility of an Imperial presence on Tatooine, it may be exactly how Star Wars brings the roguish Millennium Falcon pilot back into the franchise.

And then there is Darth Maul. Some fans have wondered if the archnemesis of Obi-Wan Kenobi will arrive in the new live-action series, but many will know that Maul (Sam Witwer) and Obi-Wan Kenobi’s — now, Ben Kenobi (Stephen Stanton) — arc came to its climax during Star Wars Rebels.

“Twin Suns” takes place two years before A New Hope in the Star Wars universe, with a Kenobi closer to Guinness’ appearance than McGregor’s. Not only this but Maul and Kenobi’s entangled storyline was intricately woven into the fabric of both Star Wars: The Clone Wars and Rebels so any appearance in Chow and Harold’s series would be a significant retcon to an already fully-formed Star Wars story.

Then there’s Liam Neeson. Obi-Wan’s former Jedi Master, Qui-Gon Jinn, may possibly show up as a Force Ghost somewhere in the Dune Sea. For now, that is simply a Star Wars fan‘s hope as nothing from Lucasfilm nor the actor has been confirmed.

A Galaxy Far, Far, Away

Obi-Wan Kenobi will be a departure from Lucasfilm’s other series in the way it is a singular directing-writing team leading the television show. The other live-action Disney+ shows, The Mandalorian and The Book of Boba Fett, utilized a variety of creative talent across their respective seasons.

As well as Obi-Wan Kenobi, 2022 will also see the release of Diego Luna’s Andor – which has already been ordered a second season – and The Bad Batch Season 2. Projects like Ahsoka and The Mandalorian Season 3 are expected in 2023.

With McGregor back in the saddle, returning legacy characters like Owen and Beru Lars, and Christensen back as Anakin Skywalker/Vader, Obi-Wan Kenobi looks set to change the galaxy forever.

Are you looking forward to Obi-Wan Kenobi? Let us know in the comments down below!