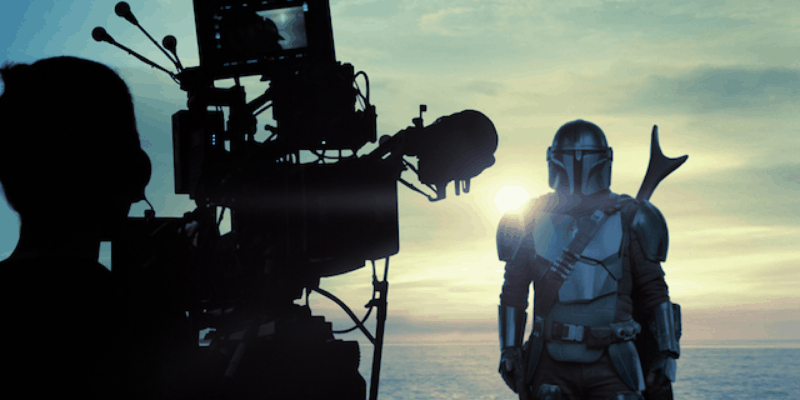 Ever since The Mandalorian Season 2 ended in epic fashion — the season finale episode featured the return of Jedi Knight Luke Skywalker (CGI Mark Hamill), the separation of bounty hunter Din Djarin (Pedro Pascal) and Grogu (AKA “Baby Yoda”) as the latter left to complete his Jedi Order training, the capture of Moff Gideon (Giancarlo Esposito), and the announcement of spinoff series The Book of Boba Fett — fans have been waiting for details about The Mandalorian Season 3.

This is true to form for the tight-lipped duo, who have previously gone to great lengths to keep their plotlines under wraps, even going so far as convincing the crew that Plo Koon — not Skywalker — was last season’s big Jedi cameo.

Now, it seems that filming is underway and star Pedro Pascal is not on set at this time — this is not shocking, as Esposito previously confirmed Pascal was not needed to begin. It is likely that John Wayne’s grandson, Brendan Wayne, is once again serving as Pascal’s body double inside the helmet for now.

Just an update on this. They began filming last week at Manhattan Beach studios. They’re filming – they’ve been filming for over a week. No, Pedro isn’t there. They’ll be filming at the train yard sometime in October. This is the way.

Just an update on this. They began filming last week at Manhattan Beach studios. They’re filming – they’ve been filming for over a week. No, Pedro isn’t there. They’ll be filming at the train yard sometime in October. This is the way. https://t.co/Zzux95jddy

This tracks with a recent report from Production Weekly, which noted that the third season of The Mandalorian is set to film from September 20, 2021 through March 3, 2022. This means it likely won’t debut until sometime late next year, given typical post-production schedules for live-action series.

Below, you can view an image of the Production Weekly notice:

The Mandalorian will be filming Season 3 from September 20-March 23.

As for what’s next in The Mandalorian saga, Temuera Morrison (Boba Fett) and Ming-Na Wen (Fennec Shand) will star in The Book of Boba Fett, streaming December 29, 2021. Favreau has billed this series as “the next chapter” of The Mandalorian, and cameos by characters like Djarin, Marshal Cobb Vanth (Timothy Olyphant), and even Han Solo (CGI Harrison Ford) have been rumored, but remain unconfirmed at this time.

Another spinoff, Ahsoka, featuring Rosario Dawson reprising her role as Ahsoka Tano, is expected to air concurrently with The Mandalorian Season 3, although details of its production schedule have not yet been released.

Fired actress Gina Carano (Cara Dune) was also expected to lead her own spinoff series, Rangers of the New Republic, but it has been put on indefinite hold.

Are you looking forward to The Mandalorian Season 3 or do you think it will disappoint fans?