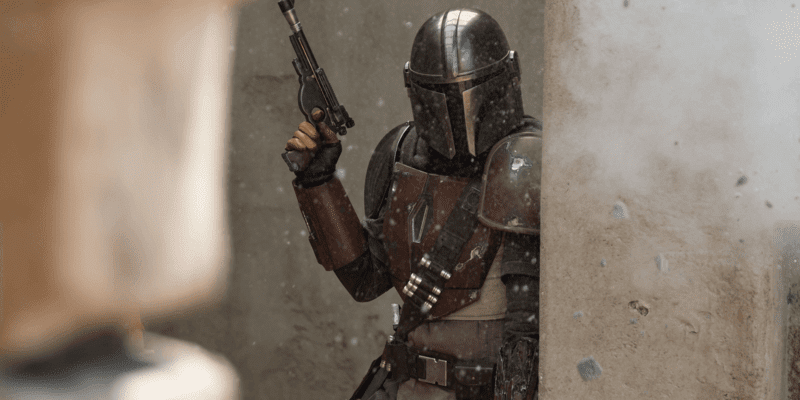 As the darling of the Star Wars galaxy, The Mandalorian shows no signs of slowing down. While it is going to be a long wait until the return of Pedro Pascal’s Din Djarin, the bounty hunter series is sure to be stellar when it does begin possibly next year. One star of the Disney+ show has recently offered an update on Season 3.

Jon Favreau’s The Mandalorian launched with the Disney streaming service back in November 2019 and has gone on to rise up the ranks of the most commercially and critically successful projects in the Star Wars universe. Boasting a cast of names like Carl Weathers (Greef Karga), Gina Carano (Cara Dune), Ming-Na Wen (Fennec Shand), and Giancarlo Esposito (Moff Gideon) in the inaugural season, The Mandalorian Season 2 then welcomed performers like Katee Sackhoff (Bo-Katan Kryze), Rosario Dawson (Ahsoka Tano), and Temuera Morrison (Boba Fett).

What happens in The Mandalorian Season 3 is anyone’s guess. The Season 2 finale, of course, saw the return of Mark Hamill’s Luke Skywalker after a momentous battle with Moff Gideon’s dark trooper squad. With Grogu now in the hands of Skywalker and the Darksaber in the hands of Din Djarin, Season 3 could see the continuation of the legendary Darksaber story arc. It’s extremely likely Sackhoff will return as Bo-Katan after appearing in the second season so chances are the battle for Mandalore could commence in this next outing.

In terms of Season 3, Pascal offered an update a few weeks ago and later we heard reports recently that production had begun now that December’s The Book of Boba Fett has wrapped filming. The Boba Fett series is even being called The Mandalorian Season “2.5” with characters from Favreau’s bounty hunter series reportedly making appearances as guest stars alongside Morrison’s Boba Fett and Wen’s Fennec Shand. The two bounty hunters set up the spinoff in The Mandalorian Season 2 finale after they returned to Tatooine to claim Jabba’s throne.

As with most news regarding big entertainment projects, fans can usually rely on the stars to give updates, and The Mandalorian is no different.

Speaking at the GalaxyCon Raleigh, Moff Gideon actor, Giancarlo Esposito, has given Star Wars fans a hint at when The Mandalorian Season 3 may begin. Per WRAL;

“They just finished shooting Boba Fett and soon they will start on season three,” Esposito said.

We learned from Fennec Shand actress, Ming-Na Wen, that The Book of Boba Fett had recently finished filming. It was also revealed that Robert Rodriguez — director of The Mandalorian Season 2 episode, “Chapter 14: The Tragedy” — is the showrunner of the Boba Fett series. However, as with The Mandalorian, the new series will feature multiple directors, even bringing back some of those that helmed The Mandalorian‘s episodes.

Esposito also went on to comment on how despite his namesake, Pedro Pascal is not needed to begin the next season.

“We never have to wait on Pedro,” Esposito said, noting that the title character wears a helmet a lot leaving Pascal the option to voice the character when he can’t be in the suit.

Along with reports of production starting, it was also suggested that due to Pascal’s involvement in HBO’s The Last of Us, The Mandalorian Season 3 would be waiting for its leading man to begin production. Esposito, however, says Pascal isn’t needed, which makes sense because of his significant helmet-wearing. The Breaking Bad actor replied to questions of whether Star Wars fans are likely to see more of a helmetless Din Djarin in the upcoming series.

“I can’t speak to that. I mean, I know he’d love to be more off the helmet, but you know, his job is to be in the helmet. You know what I mean? That, that’s the deal,” Esposito said.

And then in a more sinister comment reminiscent of his starring role as Gus Fring in Breaking Bad, Esposito teased at where Season 3 may go — and it could include the demise of the loveable Grogu AKA “Baby Yoda”.

As said earlier, the plot of The Mandalorian Season 3 is tightly under wraps but if executive producer Dave Filoni has much input in the process, then it is sure to continue to tie into the ever-growing Star Wars Universe.

The Mandalorian will exist alongside The Book of Boba Fett and Ahsoka in the same timeline — around five years after the events of the Skywalker Saga’s original trilogy conclusion, Star Wars: Episode VI – Return of the Jedi (1983) — so all eyes will be on this potentially massive Star Wars event.

It is good news to hear that The Mandalorian will be filming soon and hopefully will stay on track for this potential 2022 release, firmly cementing itself in Star Wars history.

Are you excited for The Mandalorian to start filming soon? Let us know in the comments!