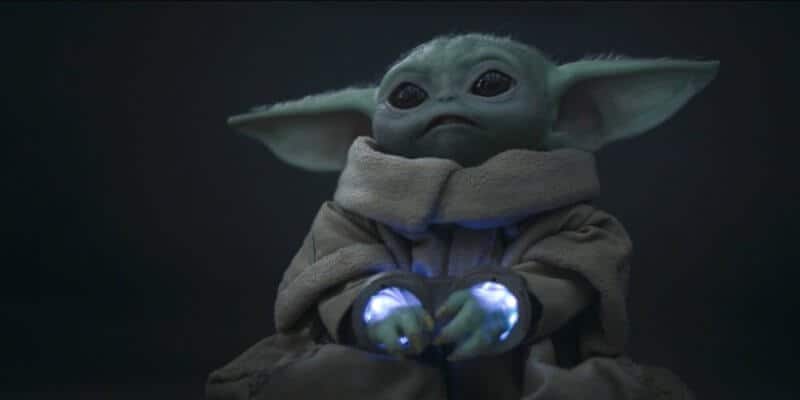 Now, two seasons into showrunner Jon Favreau and executive producer Dave Filoni’s hit series, we’ve seen the 50-year-old infant — whose real name is Grogu — survive all sorts of adventures, from teaming up with escaped prisoner Migs Mayfeld (Bill Burr) more than once to meeting former Jedi Ahsoka Tano (Rosario Dawson) on Corvus to connecting with the Force on the “Seeing Stone” on Tython to nearly getting captured by Moff Gideon (Giancarlo Espositio)…twice…the baby has been through a lot.

Fortunately, at the eleventh hour, Jedi Knight Luke Skywalker (CGI Mark Hamill) returned to the Star Wars universe to save the day. Then, the iconic character spirited Grogu away to complete his Jedi Order training.

This has led many to wonder if Grogu will even appear in Season 3, or if Djarin will get a brand new best friend to accompany him on his adventures. Now, Esposito has spoken out about the upcoming third season of the Star Wars show, and it sounds like things — jokingly — might not end well for Grogu!

Speaking to WRAL at GalaxyCon Raleigh, Esposito shared (while holding a plush Grogu for dramatic effect):

“Yes, you’re gonna see me kill this baby How about that? It’s totally wrong, but you know what, I gotta hold out somewhere that I’m gonna win (laughs).”

While it seems highly unlikely that Gideon will actually get his clutches on the tiny Jedi again — though one never knows for sure — it’s clear that Esposito is looking forward to returning to his role in The Mandalorian saga, likely to continue the Darksaber story arc with Pascal’s Djarin and Sackhoff’s Kryze.

Although previous rumors indicated that The Mandalorian Season 3 had already begun filming at The Volume soundstage, both Pedro Pascal and Giancarlo Esposito have now confirmed that isn’t the case, but that production will begin soon.

At this time, Pascal is filming HBO’s video game adaptation The Last of Us in Calgary, Alberta, Canada, which may be playing a role in the apparent production delay.

Mandalorian fans can, however, look forward to The Book of Boba Fett in December 2021 and another spinoff, Ahsoka, sometime in 2022. A third spinoff show, Rangers of the New Republic, has been put on indefinite hold due to Gina Carano’s firing from the Star Wars franchise.

Are you looking forward to The Mandalorian Season 3?