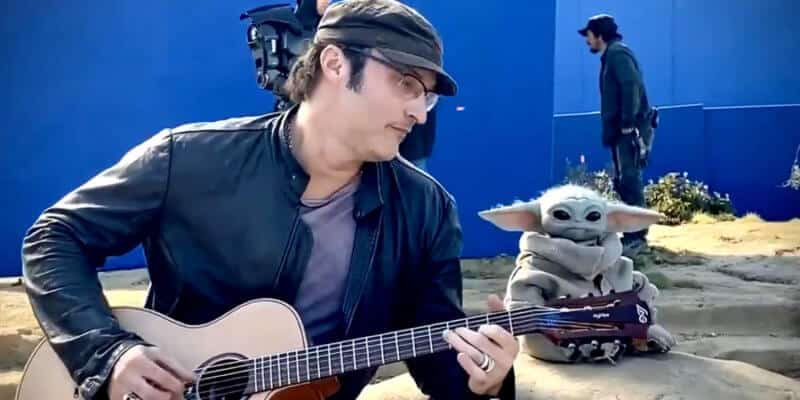 Unlike most television series that have a single director — Matt Shakman for Marvel’s first MCU series, WandaVision, for example — Jon Favreau and Dave Filoni went in a unique direction with The Mandalorian. For two seasons, we’ve seen different directors take on every episode.

Some, like Bryce Dallas Howard, have overseen episodes in both seasons, while others, like Season 2 finale episode director, Peyton Reed, have had epic tasks. In Reed’s case, he had to figure out how to bring Jedi Knight Luke Skywalker (CGI Mark Hamill) back to the Star Wars universe — and, he did so with aplomb.

Then, the screen flashed with the words, “The Book of Boba Fett – Coming December 2021″.

Showrunner Jon Favreau has previously referred to the series as the “next chapter” of The Mandalorian saga. It has even been called “Season 2.5”, indicating it will be more of a continuation of The Mandalorian instead of a true spinoff.

Now, we know the upcoming series will take another cue from The Mandalorian — it, too, will feature multiple directors.

While we already knew Mandalorian director Robert Rodriguez would be returning for The Book of Boba Fett, but Temuera Morrison himself has now spilled that other “wonderful directors” are also involved in the upcoming Star Wars series.

“And then of course, after having a good meeting with these guys and they outlined a few things, it was just wonderful. Again, it was nice to work with these people, and it was just a great opportunity. They brought Robert back in to direct a few more. There’s some wonderful directors involved. It’s hard work now, what we do now, a whole new system, with COVID in place, health and safety regulations.

I just hope I meet the expectations, because you can somehow kind of feel those things. You asked me that question earlier about Occupation – could you feel or sense anything, but definitely on The Book of Boba, you can get more of a sense and a feeling for if it’s working or not.”

Although Morrison stopped short of sharing who the other directors involved in the series are, we’re sure to be in for a treat. One of the best things about The Mandalorian is seeing the unique flair each director brings to his or her episodes.

Morrison, unsurprisingly, also didn’t confirm whether or not other Mandalorian characters — including Marshal Cobb Vanth (Timothy Olyphant), Din Djarin (Pedro Pascal), and Grogu — will show up in the next Star Wars live-action series, although online rumors about cameo appearances are running rampant.

Are you looking forward to seeing different directors’ takes on Boba Fett’s story?