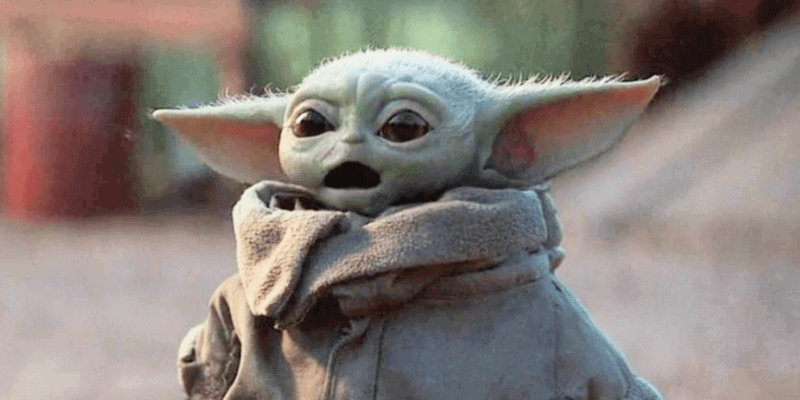 When The Mandalorian Season 2 ended with its spectacular finale episode (“Chapter 16: The Rescue”), Star Wars fans were already processing a lot before the credits even rolled.

The scene, which took place sometime after Fett and Shand parted ways with Djarin and his motley crew of heroes — including Cara Dune (Gina Carano), Bo-Katan Kryze (Katee Sackhoff), and Koska Reeves (Sasha Banks) — took us back to a very familiar location in the Star Wars universe, Jabba the Hutt’s palace on Tatooine.

Hutt, of course, was killed by Princess Leia (Carrie Fisher) in Star Wars: Episode VI – Return of the Jedi (1983), but, in the Mandalorian post credits scene, we learn his former right-hand man, Twi’lek Bib Fortuna (Michael Carter), has taken his throne.

Shand makes quick work of Fortuna’s henchmen — and frees a slave who is shackled to the floor (a familiar sight to original trilogy fans) — but leaves Fortuna himself for Fett. Once the Twi’lek is unceremoniously killed, Fett takes the throne, signaling that he’s about to take Tatooine — and who knows where else in the Star Wars galaxy — for himself.

To date, Book of Boba Fett showrunner Robert Rodriguez and series directors, like Favreau and Filoni, have all remained unsurprisingly tight-lipped about the upcoming Mandalorian spinoff, which Favreau has billed as “The Mandalorian Season 2.5″.

Furthermore, it has been confirmed that the show will “go back in time” to the original trilogy era, perhaps telling us once and for all how Fett survived the Sarlacc pit.

These details, however, scant, have most “Mando-verse” fans thinking that we are likely to see a number of cameos throughout the show, which is set to air in December 2021.

While Marshal Cobb Vanth (Timothy Olyphant) and Han Solo (CGI Harrison Ford or Alden Ehrenreich) are both frontrunners to show up, there’s also a very viable possibility that Darth Vader will make his way into The Mandalorian universe.

Fett, after all, has been inextricably connected to the Dark Lord of the Sith since Star Wars: Episode V – The Empire Strikes Back (1980) and it seems highly unlikely that Rodriguez and his team could stage a return to the original trilogy era without including Vader in some capacity.

What is, perhaps, most intriguing is that we know that both The Book of Boba Fett and the upcoming Deborah Chow series, Obi-Wan Kenobi, both recently finished filming at The Volume soundstage.

Hayden Christensen was, of course, on hand for Obi-Wan Kenobi, as he will be reprising his prequel trilogy role as Darth Vader alongside Ewan McGregor’s Jedi Master Obi-Wan Kenobi.

Who’s to say that Christensen didn’t film scenes for both shows while he was on the Kenobi series set?

This, of course, remains unconfirmed by Lucasfilm, but the appearance of Darth Vader in at least one flashback scene in The Book of Boba Fett almost feels like a foregone conclusion given the relationship between the notorious bounty hunter and the Sith Lord.

While this remains speculation at this time, there is even the possibility that The Book of Boba Fett could somehow tie Darth Vader and Grogu together. Thanks to Ahsoka Tano (Rosario Dawson), we know that the tiny foundling was present on Coruscant at the Jedi Temple during the execution of Order 66 — and Anakin’s siege on the younglings.

Fans want more of “Baby Yoda’s” origin story, and what better way to deliver than by connecting him to one of the most famous Star Wars characters of all time?

What do you think? With the iconic Star Wars Sith Lord make his way into The Mandalorian saga?