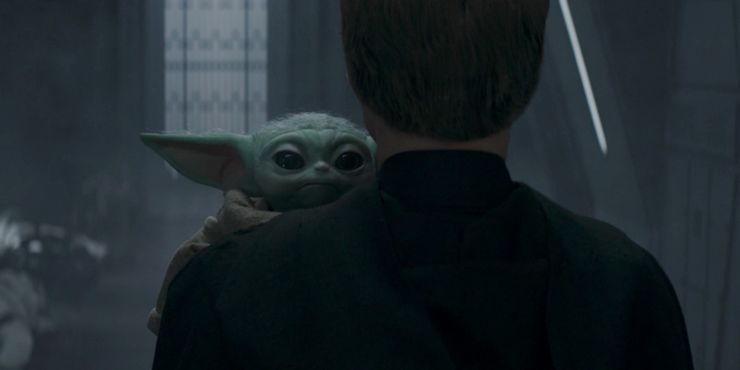 Earlier today, a Variety report confirmed that the previously announced Mandalorian spinoff series, Rangers of the New Republic, is “no longer in active development”.

For those who have been following the behind-the-scenes drama involving Mandalorian actress Gina Carano (Cara Dune) and Lucasfilm, this shouldn’t come as a major surprise.

Following a series of controversial Tweets regarding social and political issues, Carano was ultimately fired by Lucasfilm and The Walt Disney Company in February 2021. Carano’s supporters — and Cara Dune fans — have defended the Star Wars actress, even starting a petition for her to be brought back to the Mandalorian universe.

However, Lucasfilm has confirmed that the character, who had recently become a New Republic Marshal (a literal Ranger of the New Republic, if you will) will not be recast. This, as you can imagine, undoubtedly threw a wrench into showrunner Jon Favreau and executive producer Dave Filoni’s potential plans for Rangers of the New Republic.

Although it was never officially confirmed, Carano was expected to star in the series.

Related: There‘s a New ‘Star Wars’ Trilogy (and It’s Better Than Ever)

Rumors have abounded that instead of featuring Cara Dune, the series will now feature the live-action debut of Star Wars Rebels Ghost ship pilot, Hera Syndulla. Many fans have also called for surprise Mandalorian fan-favorite Paul Sun-Hyung Lee (X-wing pilot Carson Teva) to take on the lead role in Rangers.

Now, however, it seems that Rangers is not moving forward at all. This could open the door for a Star Wars icon to return to the franchise in a much bigger way than anyone initially expected.

When Jedi Knight Luke Skywalker (CGI Mark Hamill) made a cameo appearance in The Mandalorian Season 2 finale episode, Star Wars fans were beside themselves with excitement.

The iconic Jedi cemented himself as part of The Mandalorian‘s story when he took Grogu as his Padawan, and rescued the tiny foundling and his companions — including Carano’s Dune, bounty hunter Din Djarin (Pedro Pascal), Bo-Katan Kryze (Katee Sackhoff), and Fennec Shand (Ming-Na Wen) — from Moff Gideon’s (Giancarlo Esposito) Dark Trooper squadron. From the start, it seemed unlikely we would never see him again as title character Djarin’s adventures continue.

Almost immediately, rumors of a Luke Skywalker series starring Marvel Cinematic Universe actor Sebastian Stan began to surface — Stan’s uncanny resemblance to Hamill during the original trilogy era has long been a topic of conversation in the fan community.

Although nothing about this possible series has been confirmed by Disney or Lucasfilm at this point, rumors continue to ramp up, and both Hamill and Stan have now weighed in on the situation, though without giving anything away.

Now that Rangers of the New Republic may not be happening anymore, it is likely that Favreau and Filoni will need a third series to round out their Mandalorian “trilogy”.

Related: Your Guide to ‘Star Wars: The Clone Wars‘

At the 2020 Disney Investor Day event, Lucasfilm President Kathleen Kennedy confirmed that The Mandalorian Season 3, Ahsoka (starring Rosario Dawson as Ahsoka Tano), and Rangers would air concurrently and be interconnected. The three Star Wars streaming shows were set to conclude in an “epic” streaming event of some sort.

Mara Jade, a former Emperor’s Hand assassin turned Jedi Council member, is also rumored to appear in the existing Star Wars canon for the first time via The Mandalorian saga. Thus, it makes perfect sense for a Luke Skywalker series to slip into Favreau and Filoni’s corner of the Star Wars galaxy where Rangers of the New Republic was previously going to fit.

What do you think? Will a Luke Skywalker series that fits into The Mandalorian timeline actually come to fruition?