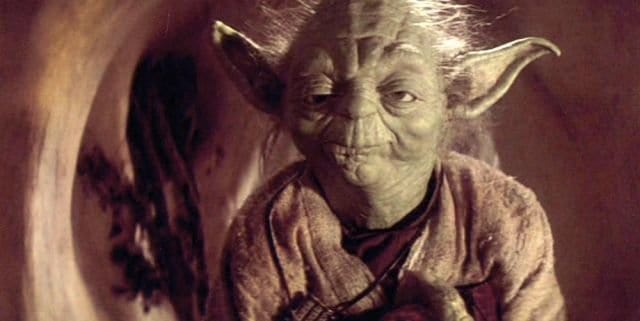 From the time Star Wars fans first saw Old Ben Kenobi (Alec Guinness) in Star Wars: Episode IV – A New Hope (1977), it was easy to see that there was something special about the Jedi Master.

When Luke Skywalker (Mark Hamill) first meets “Old Ben” with R2-D2 (Kenny Baker) and C-3PO (Anthony Daniels) in tow, the aging Jedi gives the young man a lightsaber — as Skywalker learns to wield this “elegant weapon from a more civilized age”, Kenobi shares a story with him about how his father, a brave Jedi and “good friend” died at the hands of Sith Lord Darth Vader.

Skywalker, of course, had lived his entire life thinking his heroic father was dead and doesn’t learn the truth until the iconic Star Wars: Episode V – The Empire Strikes Back (1980) scene in which Vader succeeds in both chopping off young Skywalker’s hand and dropping the bombshell line, “No, I am your father.”

…[Kenobi does] backtrack in the final movie in the original trilogy. His reasoning was little more than a lazy excuse, but omitted dialogue offers a new perspective on major characters.

Following the rescue of Han Solo [Harrison Ford] from Jabba the Hutt, Luke returns to Dagobah to complete his Jedi training. Speaking with Yoda on his deathbed, the Jedi Master confirms Vader is indeed Luke’s father, corroborating the Sith Lord’s famous claim in The Empire Strikes Back. Yoda dies before giving Luke proper closure, but a deleted moment significantly changes Luke’s relationship with both Yoda and Obi-Wan.

This deleted moment from the final original trilogy film — Star Wars: Episode VI – Return of the Jedi (1983), tells us why Kenobi actually lied to Skywalker about his father’s death, and it changes everything we thought we knew about Kenobi’s character in the Star Wars franchise.

In the movie, Kenobi’s Force Ghost appears to Jedi Knight Skywalker, uttering the famous line that he was correct about Anakin Skywalker’s death “from a certain point of view”.

Many Star Wars fans have been unhappy with the explanation for decades, as it feels like a weak excuse — even more unbelievable than Kenobi not offering a better explanation than this, however, is the fact that Skywalker simply forgives Kenobi, never demanding a proper response for essentially lying to him about his father’s demise.

The deleted moment sees Master Yoda say, “Obi-Wan would have told you long ago had I let him. Now a great weakness you carry. Fear for you, I do”.

As ScreenRant’s article pointed out:

This knowledge immediately makes Obi-Wan a more sympathetic character, suggesting he always wanted to be honest with Luke. The fact he doesn’t attempt to shift blame onto Yoda also shows his faith in the elder Jedi. His weak attempt to justify his actions could be due to his never fully agreeing with Yoda…

Essentially, this brief, but critical, moment changes everything fans thought they knew about Obi-Wan Kenobi’s character. While we previously thought him cowardly, in some ways, for denying Luke the truth, it turns out he may have always wanted to share the full story with the young Force user, but Yoda’s fear of Luke choosing the dark side prevented him from doing so.

Because the original lie about Anakin’s fate happened so early in the Skywalker Saga — in the 1977 film — this information effectively changes the lens through which we view Obi-Wan Kenobi for all nine films.

We haven’t seen the last of Kenobi or Darth Vader in the Star Wars universe, with Ewan McGregor and Hayden Christensen set to reprise their prequel trilogy roles as the Jedi Master and the Dark Lord, respectively, next year.

Lucasfilm President Kathleen Kennedy has promised fans the “rematch of the century”, so we can expect to see the third lightsaber duel between the formidable duo in the Star Wars story.

Furthermore, per McGregor, it seems that Luke Skywalker’s childhood with Aunt Beru (Bonnie Piesse) and Uncle Owen (Joel Edgerton) may also be explored in the upcoming Kenobi series.

Does this deleted original trilogy moment change how you feel about Obi-Wan? Are you looking forward to the new Star Wars series that tells us more about the legendary character?