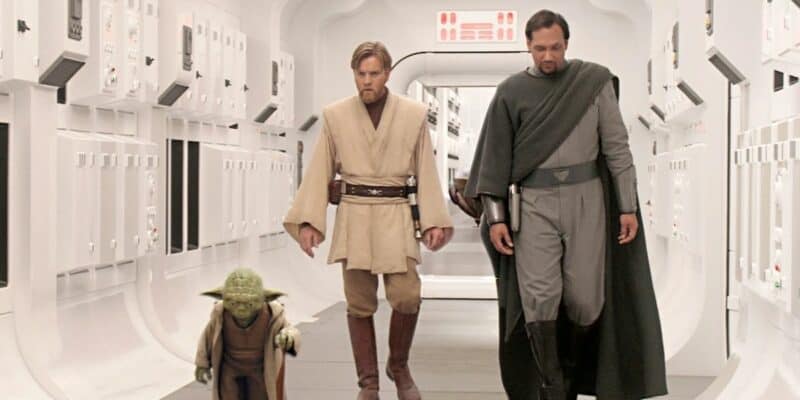 The Obi-Wan Kenobi limited series is coming to Disney+ in May 2022, and Star Wars fans couldn’t be more excited for the return of Ewan McGregor and Hayden Christensen. Still, a new leak confirms the return of a fan-favorite prequel trilogy character.

On top of Hayden Christensen reprising his role of Jedi Knighty Anakin Skywalker/Darth Vader and Ewan McGregor returning to his Obi-Wan Kenobi role after 17 years, the Kenobi streaming series set between the prequel and original trilogy boasts an impressive cast.

Jimmy Smits will have another outing as Bail Organa in this May’s Star Wars: Obi-Wan Kenobi series for Disney+. Jimmy Smits has played Bail Organa in Attack of the Clones, Revenge of the Sith, and Rogue One: A Star Wars Story. Bail is a key character to not only the Skywalkers but to the rebellion itself and an integral character for the saga on whole.

MSW sources observed Smits on set for the Kenobi series’ filming with Ewan McGregor. The filming was so secretive it wasn’t immediately clear if he was even in the series for a time. It is also why he has been left off the cast list (merchandise for the Kenobi series also have Smits’ Bail Organa in production for the coming year). So it is happening and the confirmations are coming from all over. Bail’s back.

Organa is the unsung hero of the Skywalker saga. Single-handily saving Master Yoda (Frank Oz) from the clutches of Emperor Palpatine (Ian McDiarmid) at the Galactic Senate council chambers on Coruscant, as well as securing the location of Obi-Wan Kenobi after his clone troopers nearly assassinated the Jedi on Utapau, Bail Organa was the tape keeping together the future of Luke Skywalker (Mark Hamill), Leia Organa, and the future of the Star Wars universe.

Still, the George Lucas character will undoubtedly serve an essential purpose in flashback sequences of Order 66 or glimpses of Leia’s upbringing on Alderaan before the Death Star destroyed her planet.