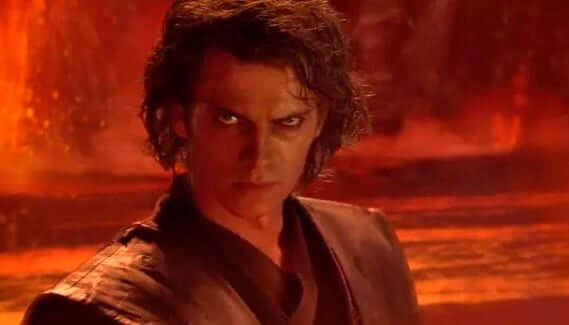 Despite the fact that George Lucas’s prequels — Episode I – The Phantom Menace (1999), Episode II – Attack of the Clones (2002), and Episode III – Revenge of the Sith (2005) — were much-maligned when they debuted in theaters, Star Wars fans have grown nostalgic for the era during the intervening years (except, perhaps, for Jar Jar Binks).

Thus, the idea of seeing Christensen have the lightsaber battle “rematch of the century” with Scottish actor Ewan McGregor (Jedi Master Obi-Wan Kenobi) in the upcoming Deborah Chow (The Mandalorian) special event series left everyone on the edge of their seats.

Now, however, it has emerged that Christensen’s epic return to the Star Wars galaxy might have actually been somewhat overblown. According to a new report, the Jumper (2008) alum was on set for just two weeks and “filmed scenes as Vader in his bacta tank and in scenes when Vader is not wearing his signature helmet.”

Another article explained that Christensen isn’t the only actor who will be playing the iconic Sith Lord in the series, so the character could theoretically appear in more scenes, but it won’t be Christensen behind the mask:

…two other actors outside than Christensen suited up as pop culture’s most famous villain. Dmitrious Bistrevsky apparently carried the bulk of the load, appearing in the Vader suit whenever he’s standing around, “looking menacing.” Tom O’Connell, on the other hand, is said to have played the character in fight sequences that will appear in the series.

This certainly isn’t the first time a Star Wars character has been portrayed by multiple actors. In the original trilogy, for instance, Vader was physically played by the late David Prowse, but voiced by the legendary James Earl Jones.

And, in The Mandalorian saga, John Wayne’s grandson, Brendan Wayne, frequently stands in for leading man Pedro Pascal (Din Djarin) when the bounty hunter is wearing his beskar mask.

While the exact plot of Obi-Wan Kenobi isn’t known, the series will be set approximately eight years after the execution of Emperor Palpatine’s Order 66, when Jedi Knight Kenobi is living in seclusion on Tatooine. Vader’s Inquisitors will make their live-action debut in the series, hunting the Dark Lord of the Sith’s former Jedi Master while he is looking after young farm boy Luke Skywalker from afar.

Bonnie Piesse and Joel Edgerton are also set to reprise their roles as Luke’s Aunt Beru and Uncle Owen Lars.

What do you think? Will Hayden Christensen’s Star Wars return be anticlimactic?