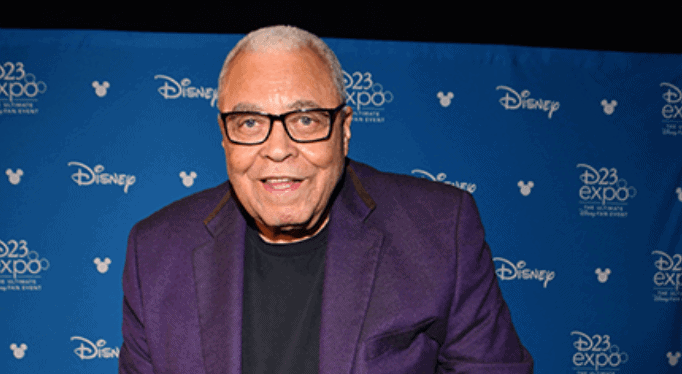 Even in the late 1970s, Jones’s voice had already helped to make him a hot commodity in Hollywood. He began his acting career in 1952 as Dr. Jim Frazier in a single episode of the Guiding Light soap opera. By 1977, Jones had been in films like Dr. Strangelove or: How I Learned to Stop Worrying and Love the Bomb (1964), End of the Road (1970), and The River Niger (1976).

This made the future voice of Mufasa in The Lion King one of the most experienced cast members in the original trilogy. Mark Hamill (Luke Skywalker), Carrie Fisher (Princess Leia Organa), and Harrison Ford (Han Solo) were all significantly younger — with much shorter resumes — than Jones.

Figuring out exactly how much to pay Jones for his work on Star Wars was likely a challenge. Lucas and producer Gary Kurtz had struggled to find a studio to produce the first-of-its-kind space opera and, then, when 20th Century Fox — now Disney-owned 20th Century Studios — finally agreed to terms, they balked at Lucas’s $10 million budget.

In the end, Jones was paid $7,500 for voicing the Dark Lord in A New Hope. As MentalFloss noted:

…[Jones] completed all of his lines in two and a half hours. “Vader is a man who never learned the beauties and subtleties of human expression,” Jones said. “So we figured out the key to my work was to keep it on a very narrow band of expression—that was the secret.”

So, even though $7,500 might not sound like a lot of money for voicing one of the most iconic villains in movie history, Jones actually earned over $3,000 per HOUR for voicing Darth Vader in Episode IV!

It’s worth noting that salaries for all of the cast and crew increased by the time Star Wars: The Empire Strikes Back (1980) and Star Wars: Return of the Jedi (1983) released. By then, A New Hope was the highest-grossing movie in cinematic history at the time.

Although nothing has been confirmed by Lucasfilm or The Walt Disney Company, the online rumor mill has been swirling with reports that 90-year-old James Earl Jones will return to voice Darth Vader in the upcoming Obi-Wan Kenobi special event series on Disney+.

Both Hayden Christensen (Darth Vader/Anakin Skywalker) and Ewan McGregor (Jedi Master Obi-Wan Kenobi) will reprise their Star Wars prequel trilogy roles in the show, which will take place about ten years after the events of Star Wars: Episode III – Revenge of the Sith (2005).

Revenge of the Sith included the duo’s now-famous lightsaber battle on Mustafar and the execution of Emperor Palpatine’s Order 66. Lucasfilm President Kathleen Kennedy already promised fans the “rematch of the century”, so we know we are in for an epic fight between the Jedi and his former Padawan.

All that remains to be seen is whether or not Darth Vader’s voice will be the same legendary baritone Star Wars fans the world over have come to associate with one of the most tyrannical Sith Lords in the galaxy.

Disney Legend James Earl Jones most recently appeared as King Jaffe Joffer in Coming to America 2 (2021) alongside Eddie Murphy. He also voiced Darth Vader in Star Wars: Episode IX – The Rise of Skywalker (2019). Per IMDb, he does not currently have any known projects in the works.

What do you think about how much James Earl Jones was paid for just two hours of work on the original Star Wars film? Do you hope he returns to the Star Wars galaxy again?