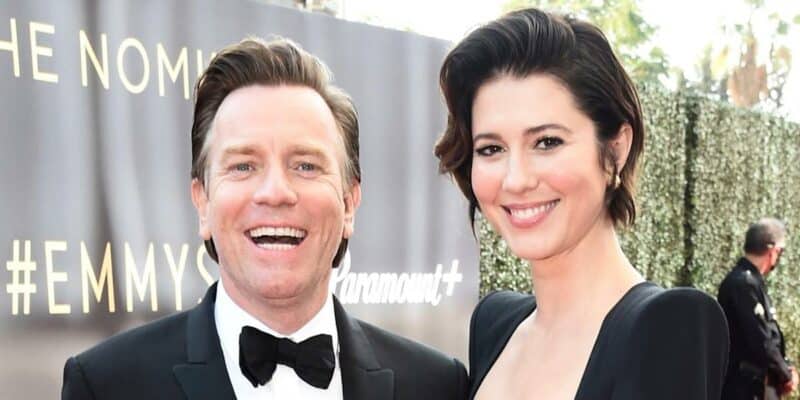 Winstead has been cast in an unknown role in upcoming Mandalorian spinoff, Ahsoka, which will star Rosario Dawson reprising her role as the live-action version of Anakin Skywalker’s former Padawan Ahsoka Tano.

Tano — a fan-favorite from animated series Star Wars: The Clone Wars, where she was voiced by Ashley Eckstein — was officially introduced into the live-action Star Wars canon in The Mandalorian Season 2, Episode 5 (“Chapter 13: The Jedi”), directed by Lucasfilm Chief Creative Officer and Executive Producer Dave Filoni.

Per The Hollywood Reporter‘s confirmation of Winstead’s casting:

The actress has joined the budding cast of Ahsoka, the next Star Wars live-action series gearing up to go into production at Lucasfilm and Disney+…

…Hayden Christensen is reprising the role of Anakin Skywalker for the series, which is set five years after the events of Return of the Jedi, with Ukrainian actress Ivanna Sakhno and Australian thespian Natasha Liu Bordizzo also slated to be on the call sheet.

Ahsoka — which is likely to officially introduce time travel to the Star Wars story via the World Between Worlds — is expected to pick up where Filoni’s “Chapter 13: The Jedi” left off.

In the installment, after titular Mandalorian Din Djarin (Pedro Pascal) teams up with Tano against all odds — as he says, “A Mandalorian and a Jedi? They’ll never see it coming.” —  to defeat Corvus Magistrate Morgan Elsbeth (Diana Lee Inosanto), Elsbeth confirms that she’s not the one pulling the strings on her planet after all.

Rebels villain Grand Admiral Thrawn is. With the blue-skinned villain set to play a major role moving forward, and the additions of Wren and Bridger to the Ahsoka line-up, many Star Wars fans believe that Ahsoka will serve as a Rebels sequel.

At this time, it is unknown if the World Between Worlds will allow Winstead’s new character to interact with the actress’s real-life boyfriend, Ewan McGregor.

The Scottish actor is set to reprise his prequel trilogy role as Jedi Master Obi-Wan Kenobi alongside Christensen’s Darth Vader/Anakin Skywalker in the upcoming Obi-Wan Kenobi special event series. The fact that the duo will now both be leading Star Wars projects has excited the online community.

It’s so crazy and amazing that both Ewan McGregor and Mary Elizabeth Winstead are both in Star Wars and also real life couples this is amazing 😁😁😍😍🙏🙏 https://t.co/L2nq8ahPYd

A user going by Yelena Belova My Beloved wrote:

Are you excited to see Mary Elizabeth Winstead join the Star Wars galaxy?