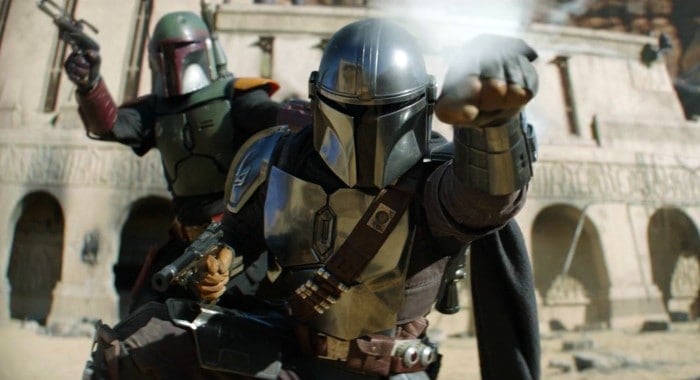 When The Book of Boba Fett premiered on December 29, 2021, many Star Wars fans weren’t entirely sure what to think about the Mandalorian spinoff.

From calling the first episode “disappointingly short” and feeling like “nothing happened”, although Fett’s Sarlacc pit escape was finally explained after 38 years, to finding the second installment “more compelling than The Mandalorian,” it took viewers until Bryce Dallas Howard’s “Chapter 5: The Return of the Mandalorian” and Dave Filoni’s “Chapter 6: From the Desert Comes a Stranger” to really get onboard with the show, which creator Jon Favreau once billed as “The Mandalorian Season 2.5.”

According to Samba TV metrics (via Deadline), 1.5 million eligible households tuned in to watch the final episode of The Book of Boba Fett over its first five days on Disney+. Those same metrics clocked 1.1 million household views for the second season finale of The Mandalorian at the end of 2020.

Unlike previous seasons of The Mandalorian, however, The Book of Boba Fett did see a slight dip from its season premiere in December. 1.7 million households tuned into the first episode, per Samba TV.

At this time, a second season of The Book of Boba Fett has not been confirmed, though Morrison has expressed that he would enjoy hunting Jedi Master Mace Windu (Samuel L. Jackson) if a Season 2 is greenlit.

For now, Mandalorian fans can look forward to The Mandalorian Season 3, which will reportedly hit Disney+ in December 2022, and Rosario Dawson’s upcoming spinoff, Ahsoka.

More on The Book of Boba Fett

Related: ‘The Mandalorian’ Season 3 Is Starting With a Big ‘Star Wars’ Timeline Error

The sequence saw Shand and Fett storm Jabba the Hutt’s palace on Tatooine — where Bib Fortuna (Michael Carter) now sat on the throne — ultimately killing Fortuna and taking Mos Espa for themselves.

The series is officially described as:

Which did you prefer? The Book of Boba Fett final episode or The Mandalorian Season 2 finale episode?