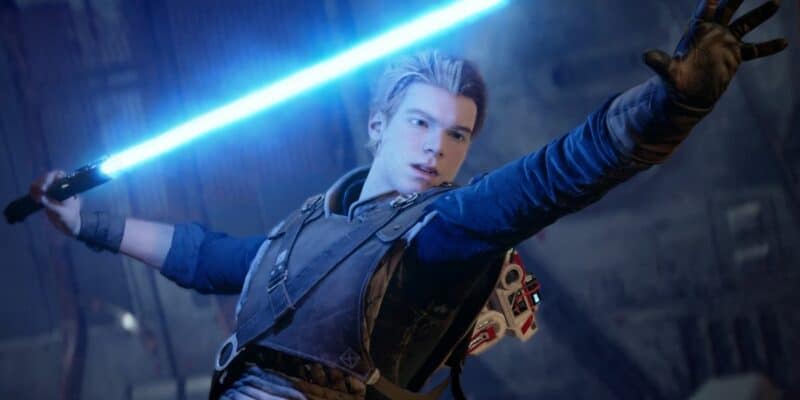 Every Star Wars fan has been waiting eagerly for updates around the famous Star Wars Jedi: Fallen Order video game that took the Empire galaxy for a wild spin. Shortly after the game’s second anniversary, news finally broke on the upcoming Jedi: Fallen Order 2 that no fan wants to miss.

Star Wars Jedi: Fallen Order was not only a success among fans and critics but a huge financial win for Lucasfilm and Respawn Entertainment. Taking the love of The Clone Wars, the prequel trilogy,

The video game generated a new era for Star Wars gaming, highlighted by massive hits like Knights of the Old Republic and Battlefront II (2005).

via Grubb: Star Wars Jedi Fallen Order 2 likely to be revealed before this year’s E3 (possibly around May).

via Grubb: Star Wars Jedi Fallen Order 2 likely to be revealed before this year's E3 (possibly around May)

"Expect to hear about the game in a significant way before E3"https://t.co/5du1kMvv7D pic.twitter.com/8UUEuGsirm

The last whisper of news surrounding Fallen Order 2 was reported in March 2021, and one year later, fans could finally confirm the sequel game in Spring 2022!

The Return of Cal Kestis

Fans hope that Jedi Padwan / Jedi Knight Cal Kestis will appear in other Star Wars projects outside Fallen Order 2. Since this new Star Wars story takes place five years after the events of Star Wars: Episode III – Revenge of the Sith (2005), the possibilities for this Force-user to appear in season two of Dave Filoni’s animated The Bad Batch series within the Star Wars universe is possible.

Related: Was the Return of Cal Kestis Just Confirmed?

In 2022, fans are in for a treat with upcoming Disney+ streaming series and limited series like The Book of Boba Fett, Andor, The Bad Batch season two, Willow (which isn’t Star Wars, but IS Lucasfilm!), and Kenobi — the most anticipated Star Wars project than any other series or Star Wars movie in recent times that’s set to feature Obi-Wan Kenobi (Ewan McGregor) and Anakin Skywalker/Darth Vader (Hayden Christensen).

While none of these TV shows have a debut date (other than The Book of Boba Fett, which is already streaming!), The Walt Disney Company and Lucasfilm have confirmed that these titles will debut in 2022. The legacy of George Lucas lives on in countless formats, and Star Wars Jedi: Fallen Order 2 will break new records and usher in the next era of Star Wars fans!

Is Fallen Order your favorite Star Wars game? Let us know in the comments below!