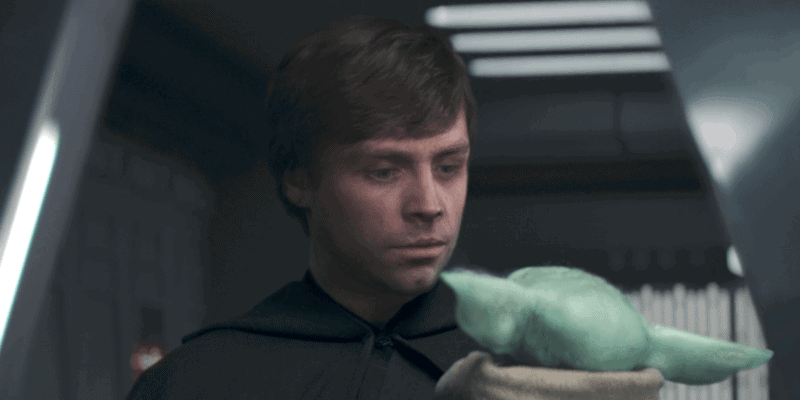 When The Book of Boba Fett was first confirmed during the post credits scene following The Mandalorian Season 2 finale episode (“Chapter 16: The Rescue”), Star Wars fans — who were already reeling from the shocking return of Jedi Knight Luke Skywalker (CGI Mark Hamill) — weren’t sure what to expect from the spinoff series.

Although specific plot details about the show remain scarce, both showrunner Robert Rodriguez and Mandalorian creator Jon Favreau have previously spoken out about the upcoming series. Rodriguez previously shared that it will “over-deliver”:

“Wait until you see what’s coming. It’s going to blow your mind. That’s all I can say. I can talk it up all I want, because I know it over-delivers. It way over-delivers. People are going to be so pumped when they see it.”

Now, Rodriguez has spoken out again, teasing fans even more hype for the “next chapter” of The Mandalorian saga. Much like the promised “Skywalker-level” cameo in Elizabeth Olsen and Paul Bettany’s Marvel series, WandaVision, Rodriguez has assured Star Wars fans that they have “Skywalker-level” surprises to look forward to in “every episode” of The Book of Boba Fett.

Rodriguez shared that the reason the marketing for the series may have seemed lackluster to some is that the team “can’t use the second half of the first episode because it gives so much away.”

He also expressed that, “Things turn up you don’t expect, you see things we couldn’t believe we got to do.”

Appearances by these Star Wars fan-favorite characters have not been confirmed — although Grogu’s appearance has reportedly been leaked — but it would make sense for any (or all) of them to show up. In fact, since The Book of Boba Fett takes place during the original trilogy era, the door is open for all sorts of cameos and debuts — many are even expecting Star Wars Legends characters like Mara Jade Skywalker and Grand Admiral Thrawn to make their first live-action canon appearances.

Are you getting excited for the “next chapter” in the Mando-verse?