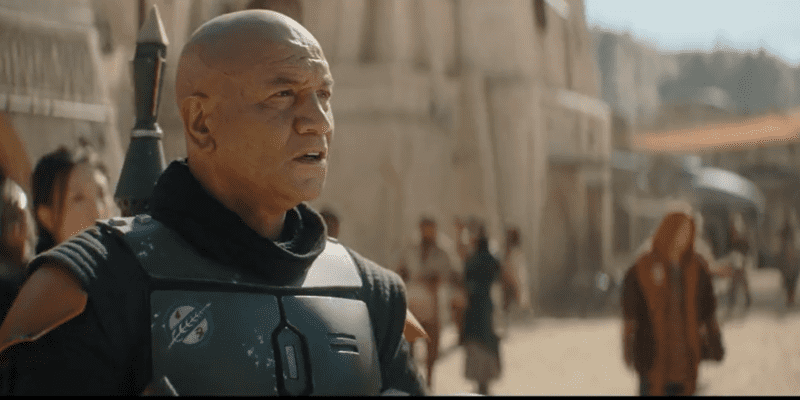 When The Mandalorian premiered on November 12, 2019, bounty hunter Din Djarin (Pedro Pascal) and his tiny asset “Baby Yoda”, who we now know is named Grogu, thanks to Anakin Skywalker’s former Padawan Ahsoka Tano (Rosario Dawson) — we know, that’s a lot of connections to keep straight — took American television by storm.

The Star Wars show — which is set approximately five years after George Lucas’s original trilogy ended with Star Wars: Episode VI – Return of the Jedi (1983) — almost immediately skyrocketed to being over 100 times more popular than the average series in the United States and has now given rise to at least two spinoff series, Dawson’s Ahsoka and the upcoming The Book of Boba Fett.

True to form, Mandalorian showrunner Jon Favreau and his executive producer Dave Filoni have remained tight-lipped about The Book of Boba Fett, which Mandalorian director Robert Rodriguez is helming.

Now, though, Favreau has finally broken his silence and shared new details about the storyline that Star Wars fans can expect when they rejoin the iconic original trilogy bounty hunter and his new right-hand woman, Fennec Shand (Ming-Na Wen) on Tatooine on December 29, 2021.

“There is a power vacuum. Because Jabba is gone. Jabba was clearly a very strong and imposing leader, who people were very scared of, and who seemed to rule with an iron fist. You pull somebody like that out of the ecosystem of Tatooine — and Hutt Space in general — and you have the opportunity that’s ripe in the gangster genre.”

The infamous Hutt crime lord, as fans know, was killed by Princess Leia Organa (Carrie Fisher) in Return of the Jedi when she, Jedi Knight Luke Skywalker (Mark Hamill), and their cohorts staged their daring rescue of carbonite-encased Han Solo (Harrison Ford).

Favreau went on to share additional details about the fact that Fett (Temuera Morrison), for the first time in his storied bounty hunting career, will be relying on others as he attempts to build a crime syndicate of his own following he and Shand’s takeover of Jabba’s palace — after unceremoniously killing Bib Fortuna (Michael Carter) — in The Mandalorian Season 2 finale episode post credits scene:

“Although Boba Fett is a very experienced bounty hunter, he’s not experienced at running a criminal syndicate or managing forces,” Favreau pointed out. “He’s not normally a newcomer. He’s an expert as we see him in most areas. But in this case, he’s trying to transition to another position.”

When he reemerges in The Book of Boba Fett, fans are expecting cameos from a number of popular Star Wars characters, such as Emilia Clarke’s Qi’ra and Crimson Dawn, Pascal’s Djarin, Timothy Olyphant’s Marshal Cobb Vanth, and, of course, a young Han Solo — CGI, of course — Rodriguez and Favreau have yet to confirm any details regarding special appearances by Star Wars fan-favorites.

Are you glad Favreau has finally spilled some details about The Book of Boba Fett?