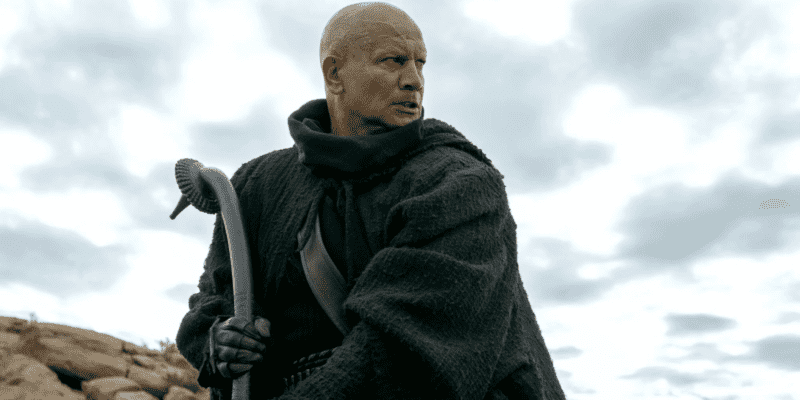 When The Mandalorian Season 2 ended with its finale episode, “Chapter 16: The Rescue”, Star Wars fans had a lot to process even before the credits rolled.

The iconic Jedi and R2-D2 then departed with Grogu to complete the tiny foundling’s Jedi Order training.

Just as Mandalorian viewers were processing all of this, there was a surprise post credits scene followed by the words “The Book of Boba Fett – Coming December 2021″.

The scene took place at a very familiar Tatooine location, Jabba the Hutt’s palace. It featured bounty hunter Boba Fett (Temuera Morrison) and Wen’s Fennec Shand after they left Djarin and his crew.

Hutt, of course, was killed by Princess Leia (Carrie Fisher) in Return of the Jedi, but his former right-hand man, Twi’lek Bib Fortuna (Michael Carter), has taken his throne.

Shand makes quick work of Fortuna’s henchmen — and frees a slave who is shackled to the floor (a familiar sight to original trilogy fans) — but leaves Bib himself for Fett to take care of. Once the Twi’lek is unceremoniously killed, Fett takes the throne, signaling that he’s about to take Tatooine — and who knows where else in the Star Wars galaxy — for himself.

Now, Book of Boba Fett showrunner — and Mandalorian episode director — Robert Rodriguez has spoken out about his new project, promising fans that they have a lot to look forward to this December.

“[I] can’t say anything about it at all right now, but it’s coming out in December… Wait until you see what’s coming. It’s going to blow your mind. That’s all I can say. I can talk it up all I want, because I know it over-delivers. It way over-delivers. People are going to be so pumped when they see it.”

While we know little about The Book of Boba Fett — except that it recently finished filming at The Volume soundstage — speculation is rampant that Pascal’s Din Djarin and Timothy Olyphant’s Marshal Cobb Vanth will both return for the project.

This has not, however, been confirmed. Mandalorian creator Jon Favreau has, however, shared that he considers the series to be “The Mandalorian Season 2.5″ rather than a true spinoff like Rosario Dawson’s Ahsoka, so it seems likely that we will see a number of cameos.

An exact debut date for Rodriguez, Favreau, and Dave Filoni’s latest series has not yet been announced.

Are you looking forward to The Book of Boba Fett?