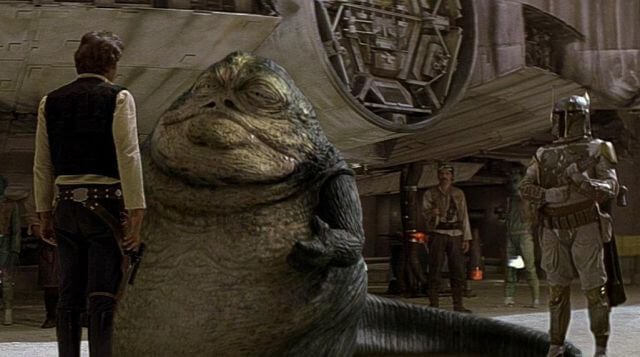 Recently, thanks to an upcoming LEGO set called “Boba Fett’s Starship”, it became apparent that The Walt Disney Company is moving away from the ship’s original name, Slave I.

Slave I belonged to Clone Army of the Republic DNA template, Jango Fett, and then to his “son”, bounty hunter Boba Fett, who is currently being portrayed by Temuera Morrison in Jon Favreau and Dave Filoni’s The Mandalorian saga.

Before Morrison took on the iconic Star Wars role, however, other actors played Fett. Most fans remember the late Jeremy Bulloch’s portrayal of the beskar-clad bounty hunter in Star Wars: Episode V – The Empire Strikes Back (1980) and Star Wars: Episode VI – Return of the Jedi (1983).

There was another actor, though, who also wore Boba Fett’s armor — and he’s not happy about the fact that Slave I’s name has been altered. Mark Anthony Austin, who portrayed Boba Fett alongside Jabba the Hutt and Han Solo (Harrison Ford) in George Lucas’s Special Edition of Star Wars: Episode IV – A New Hope, took to Twitter to say:

When I was growing up I loved #disney. No more.

When I was growing up I loved #disney. No more. pic.twitter.com/9076VcIiwN

Although fans in the comments on Austin’s post were divided — some thought LEGO and Disney had changed the name of the brick set to make it more widely recognizable, while others agreed with Austin that there is a political agenda — it is worth noting that the official Star Wars Databank URL for the starship has been changed to simply “Boba Fett’s Starship”.

The description of the vehicle reads:

We last saw Slave I in live-action in The Mandalorian Season 2, when Morrison’s Fett and sharpshooter Fennec Shand (Ming-Na Wen) joined forces with Din Djarin (Pedro Pascal) to rescue Grogu (AKA “Baby Yoda”) from Moff Gideon (Giancarlo Esposito) and his Dark Trooper squadron.

The ship is likely to next appear in Mandalorian spinoff The Book of Boba Fett or in Dave Filoni’s animated series, Star Wars: The Bad Batch. The past few episodes of The Bad Batch have set up a showdown between Fett and bounty hunter Cad Bane (Corey Burton) — and potentially even Shand — that has been years in the making.

It is also possible that we could learn Fett and Shand knew each other long before The Mandalorian, as Clone Force 99 — Hunter, Wrecker, Tech, Echo, and Omega — are going on their journey in the early days of the Galactic Empire, place about three decades before Djarin and Grogu’s adventures through the Star Wars galaxy.

What do you think about the name of Slave I being changed in the Star Wars franchise?