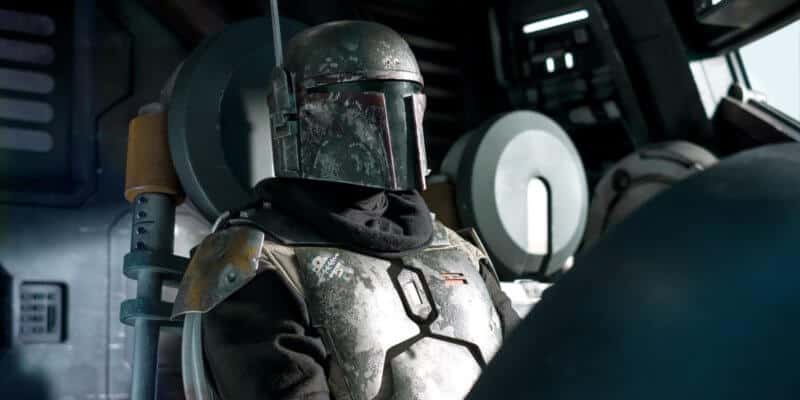 When The Walt Disney Company bought Lucasfilm from George Lucas in 2012, Star Wars fans knew there were bound to be some changes to their favorite franchise. For the most part, the iconic characters and ships within the franchise — like the Millennium Falcon, plus Jedi Knight Luke Skywalker (Mark Hamill), Princess Leia (Carrie Fisher), and Han Solo (Harrison Ford) — have been left intact. Now, however, Disney has decided to permanently drop the original name of a famous Star Wars ship — Boba Fett’s Slave I.

Per a report from Jedi News about an upcoming LEGO set called “Boba Fett’s Starship” instead of “Slave I”:

During LEGO Fan Media Days last month, CapnRex101 from Brickset.com and me asked the LEGO Star Wars team, Jens Kronvold Frederiksen (LEGO Star Wars Design Director) and Michael Lee Stockwell (LEGO Star Wars Lead Designer), about the name change as they showed us the set for the first time, and this is what they told us….

Jens: Then, the next one, also from The Mandalorian, is Boba Fett’s Starship.

Michael: Yes, I built another. We’re not calling it Slave I any more. This is Boba Fett’s Starship.

James: OK, why are we dropping the Slave I name?

Jens: Everybody is. It’s probably not something which has been announced publicly but it is just something that Disney doesn’t want to use any more.

While Disney has not officially confirmed that they’ve decided to drop the Slave I name in favor of the more generic “Boba Fett’s Starship”, it is telling that the name of the iconic Star Wars vehicle was not actually mentioned when we last saw it in The Mandalorian Season 2.

Presumably, we will next encounter Slave I in live-action in showrunner Jon Favreau and executive producer Dave Filoni’s first Mandalorian spinoff series, The Book of Boba Fett.

The Mandalorian Season 2 finale episode post credits scene saw Fett and Shand arrive on Tatooine in the ship, kill Bib Fortuna (Michael Carter) in an unceremonious fashion, and take over Jabba the Hutt’s former palace. The Book of Boba Fett will pick up where this scene left off.

It has finished filming and will debut on Disney+ in December 2021. It was recently confirmed that Mandalorian director Robert Rodriguez will serve as showrunner.

There is also a chance that the ship will appear in Filoni’s animated series, Star Wars: The Bad Batch. The show — a Star Wars: The Clone Wars spinoff that follows Clone Force 99 — just reached its midseason point.

Related: “I Hear You”: Filoni Responds to Fans‘ Call to Save ‘Clone Wars’

From the events our elite squad of clone troopers — Hunter, Wrecker, Tech, Echo, and female clone Omega — have experienced in the past couple of episodes, it appears that a showdown between Boba Fett and bounty hunter Cad Bane (Corey Burton) is coming soon. The famed bounty hunter’s appearance has already been teased by a piece of Boba Fett’s armor hanging on Cid’s (Rhea Perlman) wall.

More on Slave I

It is worth noting that the official Star Wars Databank has changed its URL to read “Boba Fett’s Starship” instead of “Slave I”. The description of the vessel reads:

What do you think about Disney changing the name of Slave I?