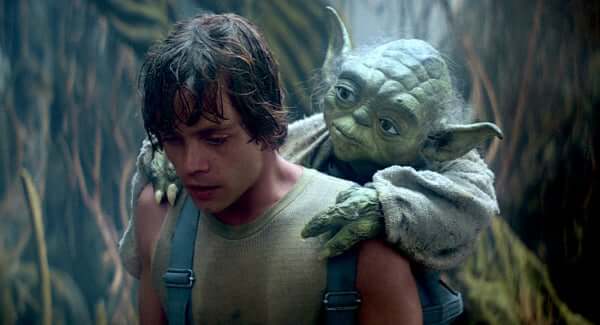 Mark Hamill has been a Star Wars icon since George Lucas’s Star Wars: Episode IV – A New Hope (1977) released, launching one of the most legendary cinematic franchises of all time.

The actor is well-known for his active social media presence and has just taken to Twitter once again to “Like” a hilarious reimagining of the iconic Dagobah sequence [below] — in which young Skywalker trains with Grand Master Yoda (Frank Oz), who has been in seclusion since Emperor Palpatine (Ian McDiarmid) executed Order 66 — in Empire Strikes Back.

Jaythechou, who is apparently completing a challenge in which he Photoshops Paddington Bear into a different movie every day until he forgets, wrote:

I Photoshop @paddingtonbear into another movie or TV show until I forget: Day 321

I Photoshop @paddingtonbear into another movie or TV show until I forget: Day 321 pic.twitter.com/1DpLUgK783

As you can see from the screenshot below, Hamill happened upon the post and issued his approval by “Liking” it:

Star Wars fans in the comments also had fun with the Paddington meme. Matt, for instance, wrote:

For my ally is the Marmalade. And a powerful ally it is. Life creates it, makes it grow. Its energy surrounds us and binds us…luminous beings are we, not this crude matter.”

When fans last saw Hamill’s Skywalker, he was making his epic return in The Mandalorian Season 2 finale episode (“Chapter 16: The Rescue”).

While we don’t know what’s next for Hamill’s Luke Skywalker in the Star Wars story, it seems like the iconic character’s tale is not over — rumors currently abound that he will either appear in The Mandalorian Season 3 or get his own spinoff series, alongside his Star Wars expanded universe wife, Mara Jade Skywalker.

Some are even still expecting to see him make a cameo alongside Grogu in The Book of Boba Fett, which is currently streaming on Disney+.

Wherever we see Baby Yoda’s new Jedi Master again — even if he is recast with Marvel star Sebastian Stan — Skywalkers’s return was a key turning point in whatever is next within Jon Favreau and Dave Filoni’s “Mando-Verse.”