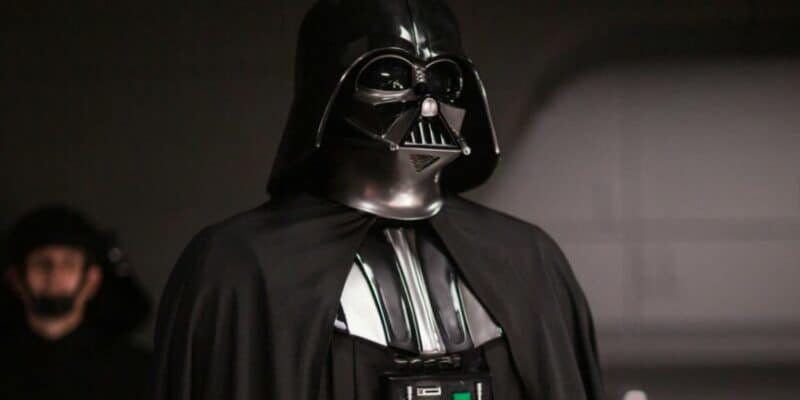 Of all of the villains in the Star Wars universe — Emperor Palpatine, Darth Maul, Darth Bane, Count Dooku, Darth Plagueis, and more — there is one antagonist who reigns supreme. Darth Vader.

Born Anakin Skywalker — the father of Jedi Knight Luke Skywalker (Mark Hamill) and Princess Leia Organa (Carrie Fisher) — Vader was played by the late David Prowse and voiced by the legendary James Earl Jones in the original trilogy, then portrayed by Hayden Christensen in the prequel trilogy.

Now, Star Wars director Gareth Edwards has spoken out about bringing the Sith Lord to life in his own film, Rogue One: A Star Wars Story (2016). Edwards told StarWars.com:

“Even with shots of Vader, we did a little test shoot. Greig [Fraser] would always say that lighting Vader is like doing a car commercial. He’s got more in common with photographing a car than a human because of all the light reflections and things. [Mimics helmet] We kept looking at these tests going, ‘This doesn’t feel like Vader, does it? What are we doing wrong? It just doesn’t feel the same.’ And we started realizing that normally when you do a shot, you do an over-the-shoulder shot, and you film someone and then you do the reverse when you come around for a conversation. You come around. [Mimics camera rotating]”

Edwards went on to share that this traditional cinematography style didn’t work when filming the iconic Dark Lord of the Sith, and the team had to unlearn some of the things they thought they knew in order to give the infamous Star Wars character the presence he had in Lucas’s original movies, Episode IV – A New Hope (1977), Episode V – The Empire Strikes Back (1980), and Episode VI – Return of the Jedi (1983):

“In the original trilogy, when they would come around to do the reverse, the person in the foreground would always feel bigger than Vader, which felt wrong. So they always pull the camera back a little bit and then raise it up so that Vader, his eye-line was always the highest thing in the frame. If you didn’t do that, Vader felt small and not powerful. And so it was all these little tricks that we hadn’t thought of…”

In addition to bringing Darth Vader back to the Star Wars galaxy, Edwards’s standalone Star Wars film saw the return of  CGI versions of both Grand Moff Tarkin and Princess Leia.

The latter was created by Industrial Light & Magic (ILM) using de-aging technology similar to that famously utilized to bring Luke Skywalker back to the Star Wars story in The Mandalorian Season 2 finale episode.

Rogue One: A Star Wars Story takes place just days before the beginning of A New Hope in the Star Wars timeline, and follows the tale of a motley band of early Rebels bent on stopping the Death Star from destroying the galaxy with the help of plans designed by conscripted Imperial engineer Galen Erso (Mads Mikkelsen).

As far as the future of the Rogue One story, Star Wars fans can look forward to seeing the return of Captain Cassian Andor (Diego Luna) in the upcoming Andor series on Disney+.

More on Rogue One: A Star Wars Story

Are you looking forward to Andor? And, don’t forget Hayden Christensen’s Darth Vader will return in Obi-Wan Kenobi.

Comments Off on ‘Star Wars’ Director: Darth Vader “Has More in Common With a Car Than a Human”