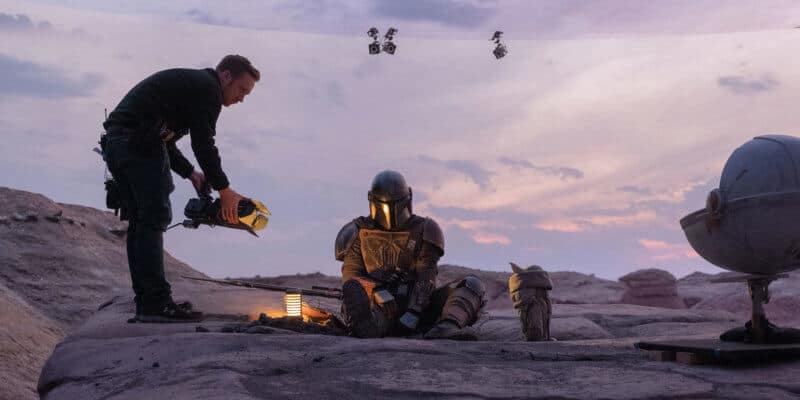 Now, McGregor is about to reprise his iconic role, and Star Wars fans couldn’t be more excited. McGregor will star in the upcoming Disney+ special event series, Obi-Wan Kenobi, alongside Hayden Christensen, who will be reprising his prequel trilogy role as Sith Lord Darth Vader/Anakin Skywalker.

Now, McGregor has shared details about what inspired him to return to the Star Wars galaxy in the first place — and the answer may surprise you! As it turns out, McGregor is just as big of a The Mandalorian fan as the rest of us.

In a recent Variety Actors on Actors segment with Mandalorian leading man Pedro Pascal (Din Djarin), McGregor said that Jon Favreau and Dave Filoni’s hit series inspired him to come back to the Star Wars franchise:

“It pulled me back into the Star Wars world, The Mandalorian series, in a way I didn’t expect. It blew me away how much I loved it.”

“The first thing that I noticed when I started meeting with Jon Favreau and Dave Filoni was that they were finding a way to totally realize their love of Star Wars, all of our love for Star Wars. And so, creatively to step into something, it just felt so safe. It was so clear to me that they knew what they were doing, starting with their heart being in the right place – and doing it with a lot of love.”

McGregor went on to share how much he’s enjoying working on the famous The Mandalorian soundstage, known as The Volume. The high-tech setup allows actors — and ultimately viewers, too — to step into the Star Wars story in a way they never have before:

“I just came directly from our set on the Kenobi series, and I’m working with so many of your crew from The Mandalorian,” McGregor added. “In fact, Deborah Chow is directing all of our series, and I know she directed episodes of your first season. I’m having such an amazing time down there with that incredible technology, and not being in front of too much green screen and blue screen.”

McGregor went on to share that during filming for the Star Wars prequel trilogy, nearly everything was filmed in front of green screens and blue screens, so it was challenging to fully immerse oneself in the story. Not so with The Volume, which has changed the face of how the Star Wars universe comes to life.

Although we know Obi-Wan Kenobi will primarily take place on Tatooine about 10 years after the events of Revenge of the Sith — including the execution of Emperor Palpatine’s Order 66 and Anakin’s slaughter of the Padawans at the Jedi Temple on Coruscant — we will also likely venture off of the desert planet for the “rematch of the century”, the third lightsaber duel between Jedi Master Kenobi and the Dark Lord.

We don’t know if Obi-Wan will already be going by “Ben Kenobi” like Alec Guinness’s character in the original trilogy, which is something long-time Star Wars fans are curious to discover — when, exactly, Obi-Wan began going by “Ben” has never been confirmed.

Although we don’t have an exact release date for Obi-Wan Kenobi, it is expected to debut on the Disney+ streaming platform in 2022. The full cast [above] has been revealed and includes Game of Thrones actress Indira Varma as an Imperial officer and prequel stars Bonnie Piesse and Joel Edgerton reprising their roles as Luke Skywalker’s aunt and uncle, Beru and Owen Lars.

Are you glad The Mandalorian inspired Ewan McGregor to come back to the Star Wars universe?