How Darth Vader Helped Stormtroopers Sabotage the Empire - Inside the Magic 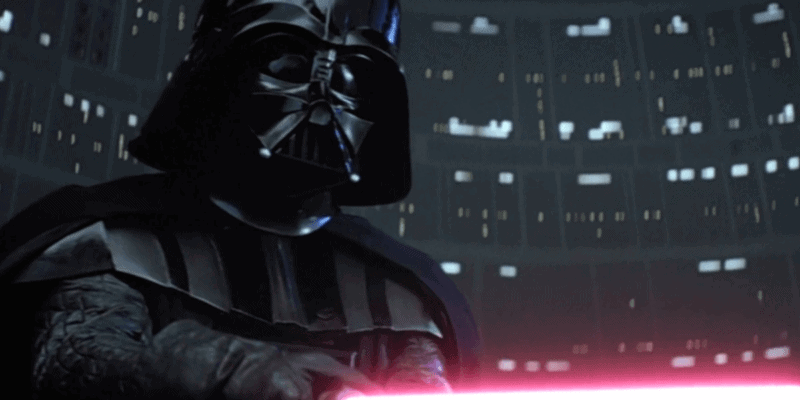 A recent entry into Star Wars canon indicates Dark Lord of the Sith, Darth Vader secretly plotted to undermine the Empire and Emperor Palpatine by influencing the effectiveness of the stormtroopers in the Star Wars original trilogy.

Whose side was Darth Vader on?

No one would accuse Darth Vader of being a good guy throughout most of his career as a Sith Lord as depicted in the original trilogy. He had an agenda, and a desire for power and control that only rose in him as his connection with the Dark Side deepened. However, often that agenda was contrary to the agenda of his Master, Emperor Palpatine. While feigning obedience to his master, Darth Vader would operate with agents beyond the purview of the Emperor to achieve his own ends. Sometimes, this meant directly undermining the Galactic Empire.

Darth Vader and Emperor Palpatine have a complicated relationship, to put it lightly. Ever since Anakin Skywalker embraced the idea that pain is the key to welding the immense power of the Dark Side of the Force, he’d come to accept that his toxic relationship with his Sith Master, Palpatine, was a necessary component to his strength. While both Darth Vader and Darth Sidious kept up the outward appearance of a functioning Master-Apprentice relationship, each harbored contempt for the other. As is the way of the Sith, the apprentice always comes for the master eventually.

As Darth Vader (James Earl Jones) performed the bidding of Emperor Palpatine (Ian McDiarmid) as commanded, it appeared the former Jedi Knight also had his own devious plans for ultimate control of the Empire in the works.

Why are stormtroopers so bad at aiming?

Stormtroopers have proven to be almost worthless when it comes to aiming a blaster and hitting a target. Despite this, stormtroopers are a key component of the Empire’s absolute authority in the Star Wars original trilogy. Their sheer numbers alone enabled the Empire’s dominant reach throughout the galaxy. Though, the stormtroopers competency as soldiers has frequently come up as an object of ridicule in the Star Wars universe. Without the threat of Emperor Palpatine’s enforcer, Darth Vader, just how imposing are the droves of stormtroopers deployed by the Empire?

Darth Vader’s frequent reliance on bounty hunters — especially his recruiting of Boba Fett to locate and round up Luke Skywalker (Mark Hamill), Han Solo (Harrison Ford), Princess Leia (Carrie Fisher), and Chewbacca (Peter Mayhew) — to do the important work of the Empire, rather than stormtroopers, indicates how little faith Darth Vader had in their abilities.

Notoriously, stormtroopers are known by Star Wars fans for their laughably terrible aim with a blaster. Despite their often overwhelming numbers, stormtoopers have proven time and time again that they couldn’t bullseye a womp rat if their lives depended on it. In season 1 of Jon Favreau and Dave Filoni’s The Mandalorian, a memorable scene made light of scout troopers having a dreadful time with some inconsequential target practice.

A recent issue of Stars Wars comics, Star Wars: Darth Vader #12 with a new story from Greg Pak illustrated by Guiu Vilanova, presents the stormtroopers ineptitude with blasters as a calculated subversion of the Empire by Darth Vader himself. In a flashback sequence to Star Wars: The Empire Strikes Back (1980), a struggle is depicted in a few panels while Han Solo undergoes his infamous carbonite freeze. As Chewbacca lashes out at stormtroopers, Darth Vader stops Boba Fett from shooting the Wookiee but says nothing to the stormtroopers. While their strict adherence to Darth Vader’s commands may be implicit, Vader muses to himself about Han and Chewie’s defiance, thinking,

“…believe that you and your friends have survived this long through strength or fortune…instead of my design.” 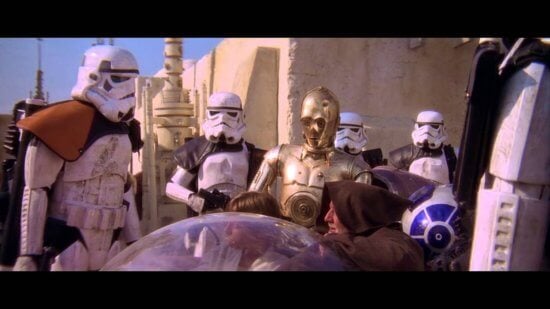 As alluded to in the Disney+ series The Bad Batch, the Galactic Empire at some point following Palpatine’s Order 66 begins to swap out their clone trooper army for non-clone soldiers, or stormtroopers. While the clone troopers were engineered to be submissive to follow orders, stormtroopers were not genetically engineered at all. Perhaps the soldiers who were chosen as stormtroopers were selected for their susceptibility to Force mind tricks as a measure to keep them compliant, despite their profile not being as skilled as a soldier not as weak-minded.

Another theory, as floated by Screenrant, is that perhaps Darth Vader had a hand in designing the bulky bucket helmets of the stormtroopers, ensuring their famously bad aim on a purely functional level. After all, even as Anakin Skywalker, Darth Vader has always had an ability with machine design which could lend itself to the development of specific tactical gear for the Empire’s army. The theory explains the obvious difference in helmets among those of the clone troopers and bounty hunters versus the Imperial stormtroopers, saying,

“Whereas the clones and Boba have a more sleek look to their helmet designs, the stormtroopers’ bulkier armor seems to hamper their skills that earned them a spot on the Imperial front lines.”

While the depth of Darth Vader’s interference with stormtroopers, or his design of their lack of ability with a blaster is as yet unknown, more is set to be revealed in the pages of the ongoing Marvel Comics Star Wars series. Fans can also look forward to seeing more early Darth Vader as Hayden Christensen is confirmed to appear in the upcoming Disney+ series, Star Wars: Obi-Wan Kenobi to challenge Obi-Wan (Ewan McGregor) to a rematch to their epic duel on Mustafar.

As for the rest of the Star Wars universe, Disney and Lucasfilm have a ton of stuff in the pipeline. The Book of Boba Fett, starring Temuera Morrison as storied bounty hunter Boba Fett and Ming-Na Wen as Fennec Shand will premiere on Disney+ in December 2021. The Mandalorian season 3 is expected to premiere its next eagerly anticipated chapters in mid-2022. In addition to the aforementioned Obi-Wan (Ewan McGregor) vs. Darth Vader (Hayden Christensen) duel in Obi-Wan Kenobi is the Rogue One prequel series, Andor — starring Diego Luna — and Ahsoka starring Rosario Dawson as Ahsoka Tano — both also due out sometime in 2022.

Do you think Darth Vader intentionally sabotaged the Galactic Empire? Let us know in the comments!

Comments Off on How Darth Vader Helped Stormtroopers Sabotage the Empire