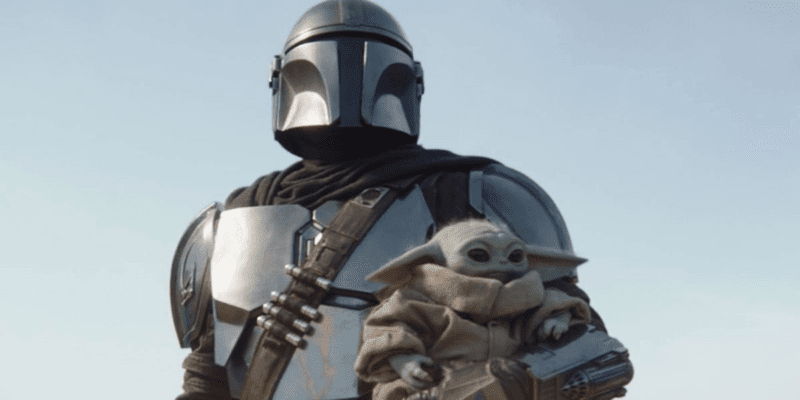 Star Wars fans have uncovered a production leak that seems to signal the early return of the tiny pop culture icon of Jon Favreau and Dave Filoni’s The Mandalorian, Grogu.

The Grogu phenomenon began from the moment “Baby Yoda” was introduced in “Chapter 1: The Mandalorian,” the first episode of the Disney+ streaming series. Since then, audiences watched as Grogu, and Din Djarin (Pedro Pascal) became an inseparable clan of two. That is until Luke Skywalker (Mark Hamill) showed up in The Mandalorian Season 2 finale.

Following the guidance received from Ahsoka Tano (Rosario Dawson) during her appearance in “Chapter 13: The Jedi,” Grogu utilizes the seeing stone to reach out for some Force technical support from a Jedi Master. In The Mandalorian finale, the Jedi Master, Luke Skywalker answers that call.

Now that the foundling Grogu is off training with Luke Skywalker — likely at his recently founded Jedi Temple — Star Wars fans have speculated that Grogu may be absent for The Mandalorian Season 3, at least in part. While a break from Grogu would likely be temporary, some Jedi daycare for “The Child” may lead to Mando (Pedro Pascal) having a new sidekick for a few episodes — like Star Wars fan-favorite from The Mandalorian Season 2, Cobb Vanth (Timothy Olyphant), or a character from Timothy Zahn’s Thrawn Trilogy novels, Talon Karrde. The latter is a decent bet, with Ahsoka Tano (Rosario Dawson) name-dropping Thrawn in her Mando-verse appearance.

So while many Star Wars fans assumed Grogu would be completing his Jedi training — and off-screen — at least until late Mandalorian Season 3, some Redditors have unearthed a leak that would place Grogu back on Disney+ as early as this year — far earlier than the expected timeframe of The Mandalorian Season 3 premiere of Spring 2022.

Note, this is not information that is confirmed by Lucasfilm or Disney and as such is not confirmed to be true.

On the front left of the t-shirt, Grogu’s image is clearly on display leading many Star Wars fans to conclude that Book of Boba Fett and The Mandalorian Season 3 will crossover storylines far more than previously believed.

Redditor MagicallyClueless agrees that the shirt unmistakably features Grogu, but is left feeling confused at how Grogu could possibly arrive on screen prior to the next season of Mando without completing his Jedi training, sharing in part,

“… there’s no mistaking Grogu! It would be very, very interesting if he turns up because something happened with Luke, and Boba helps get him back to Din. Though that begs the question of how they’ll do a reunion. They’d want to save something like that for Mando S3, wouldn’t they?”

Of course, it could be that the crew is just using Grogu as a cool, cute insignia for their production team. Grogu merchandise has been ubiquitous since his appearance on the scene, so why should it be any different for the production crew of a Star Wars show?

The Book of Boba Fett is set to premiere in December 2021 on Disney+. The series will star Temuera Morrison as the notorious bounty hunter Boba Fett, and Ming-Na Wen as Fennec Shand. You can also see Wen voicing Fennec Shand in Disney+ Star Wars: The Clone Wars spin-off, The Bad Batch.

Do you think it makes sense for Grogu to come back to Star Wars in Book of Boba Fett? Let us know in the comments!