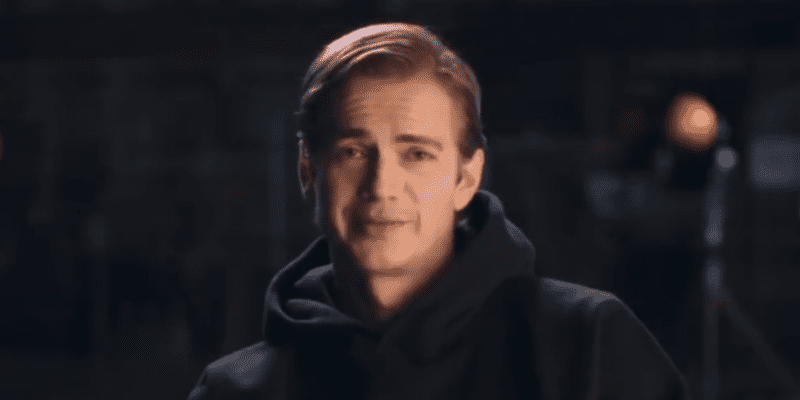 Every Star Wars fan is on the edge of their streaming seats for Obi-Wan Kenobi, the groundbreaking galactic series coming to Disney+ sometime this year. Ahead of reuniting on screen with his old Jedi Master, Anakin Skywalker actor Hayden Christensen wishes fans “May the Force be with you” for the first time in nearly twenty years.

If you’re feeling a little down, then you should probably watch the shot clip of Anakin Skywalker himself wising every Star Wars fan “May the Force be with you”:

May the Force be with you’

'May the Force be with you'

In a new promotional clip for Kenobi — which still does not have an official release date — Christensen calmly says, “May the force be with you.”

Taking place on the planet of Tatooine after the events of Star Wars: Episode III – Revenge of the Sith (2005), Obi-Wan Kenobi slowly converts into the watchful protector Ben Kenobi as Luke Skywalker grows up on that infamous moisture farm under the twin suns.

Related: Was the Return of Cal Kestis Just Confirmed?

Though we might not see Tosche Station, Lucasfilm did confirm that Darth Vader and Obi-Wan Kenobi will battle it out in chilling scenes, with multiple flashback sequences revealing never before seen moments from the Clone Wars, prequel trilogy, and more.

Here’s an official synopsis of the limited series:

Obi-Wan Kenobi is an upcoming American limited series created for the streaming service Disney+, featuring the Star Wars character of the same name. Set ten years after the events of Revenge of the Sith (2005), the series is written by Joby Harold and directed by Deborah Chow.

The Kenobi series officially wrapped production before the 2021 holiday season began, but due to multiple production setbacks due to COVID-19, the series’ debut was delayed to an unknown date.

With The Book of Boba Fett streaming until February and then an original Marvel series presumably taking up the next streaming chunk on Disney+, it’s reported that Kenobi could finally hit the streaming platform sometime in late Spring. However, new reports suggest it could be later in the year, depending on how Marvel Studios and Lucasfilm chose to release their unique content.

Kenobi is the culmination of every Star Wars movie and Star Wars story from the Star Wars universe. A forty-year build-up to this meaningful project is more significant than any Death Star, Star Wars Jedi, Darth Maul, Millennium Falcon, or Rian Johnson Star Wars film!

Are you excited about Obi-Wan Kenobi? Let us know in the comments below!