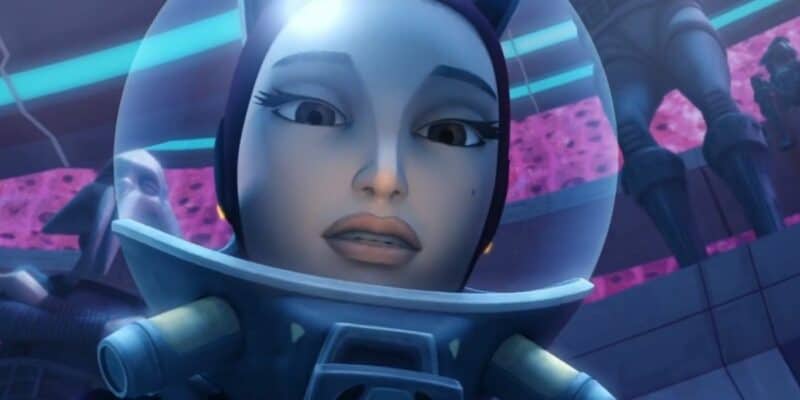 Star Wars: The Clone Wars (2008) has long been a fan-favorite entry in the Star Wars universe. While many Star Wars fans would sooner call upon one of the 11 live-action Star Wars movies as their favorite adventure from the faraway galaxy than an animated show, there are those who actually consider The Clone Wars to be the very best Star Wars has to offer.

And it’s no mystery as to why — not only does it expand upon the Clone Wars-era established in George Lucas‘ divisive prequel trilogy, it also enrichens each of those films. While it doesn’t necessarily fix their many problems, it has rendered this particular period along the Star Wars timeline perhaps even more interesting than that of the original trilogy.

It also introduced several characters who don’t even appear in the prequel trilogy, many of whom have since become beloved Star Wars characters. Ahsoka Tano, Bo-Katan Kryze, Hondo Ohnaka, and Cad Bane are just a few Clone Wars regulars who have become almost as iconic as the likes of Luke Skywalker, Princess Leia, Han Solo, Chewbacca, C-3PO, and Darth Vader.

The show spans seven seasons, totalling 133 episodes plus the 2008 animated movie of the same name. With the exception of the theatrical entry, The Clone Wars is mostly comprised of “episode arcs”, which are usually made up of three episodes. There is of course a consistent set of characters and overarching plot throughout, but where would Star Wars be without its trilogies?

Among the show’s many episodes are some great arcs, although the final season’s four-part finale is the best by a landslide. Not only is there a huge upgrade in the quality of CG-animation, “Old Friends Not Forgotten”, “The Phantom Apprentice”, “Shattered”, and “Victory and Death” together form an “unofficial” Star Wars movie which many fans don’t even know about.

This episode arc even behaves like a Star Wars movie, and takes the overarching tone and feel of The Clone Wars to a whole new level — it’s a lot grittier and far more poignant. But while this Season 7 episode arc definitely deserves to be cut together like a full feature film, there’s a three-part episode arc in Season 4 that would actually make an excellent live-action installment.

Season 4 opens with the pilot episode “Water War”, which continues with “Gungan Attack” and concludes with “Prisoners”. This three-part episode arc isn’t necessarily considered to be one of the best by Star Wars fans, but there are a few reasons why the theatrical side of the faraway galaxy needs to draw some inspiration from this unique Star Wars adventure.

First, here’s a quick breakdown of each of the three episodes.

With “Water War”, The Clone Wars plunges itself deep into the waters of Mon Cala for an epic underwater story. When the Mon Calamari king is assassinated, peace between the Mon Calamari and the Quarren, both inhabitants of the aquatic world, begins to fall apart.

The story continues with “Gungan Attack”, which finds Anakin, Padme, and Kit overwhelmed by Separatist forces led by Riff Tamson (Gary Anthony Williams), who are helping the Quarren, while Ahsoka and Prince Lee-Char desperately try to avoid capture.

Meanwhile, to aid the Jedi, Yoda (Tom Kane) summons the help of the amphibious Gungan Grand Army, which includes Jar Jar Binks (Ahmed Best). Following a great underwater battle, Republic and Gungan forces are captured by the Separatists and the shark-like Karkarodon.

In the concluding episode “Prisoners”, Ahsoka and Prince Lee-Char must devise a new plan to drive the Separatists off Mon Cala, while also figuring out a way to rescue their friends, Padme, Anakin, Kit, and Jar Jar Binks, as well as all the other Republic and Gungan prisoners.

It doesn’t sound like your average Star Wars adventure, does it? “Ocean Wars”, perhaps? While Star Wars is probably used to having something of a checklist when it comes to any movie or TV show, what’s to say that a future live-action movie couldn’t take inspiration from this episode arc?

After all, it’s high time Star Wars ventured into new territories, and we can’t think of anything more thrilling than seeing “Water War”, “Gungan Attack”, and “Prisoners” brought to life in live action, whether on the silver screen or on Disney+.

It wouldn’t even have to be based around these episodes specifically, but it would be refreshing to venture deep into the oceans of an aquatic world like Mon Cala (no pun intended), as opposed to the usual sun-baked and sand-swept setting of desert planets like Tatooine.

Not only would an underwater-based story be a welcome break from the usual scenery, it would also allow for some impressive action sequences and motion-capture performances with sentient creatures such as the Mon Calamari and the Quarren.

While you’ve probably had your head buried in all things Star Wars lately, especially with the likes of the hugely anticipated Obi-Wan Kenobi (2022) dominating the Internet, you’ve probably also been keeping up to date with James Cameron’s very long-awaited Avatar sequel.

Recently, it was confirmed that the sequel to 2009’s revolutionary sci-fi epic will be titled Avatar: The Way of Water (2022), days before the first trailer was released. It has been known for years that the film will spend a great deal of time underwater, and the epic trailer confirms this.

Perhaps Avatar: The Way of Water will start a new trend, although it isn’t the first to dip its toes into these waters. Aquaman (2018) boasts some impressive special effects and underwater sequences, and a sequel, Aquaman and the Lost Kingdom (2023), is set for release in 2023.

Star Wars shouldn’t be restrained by tradition and tropes no more than any other franchise. On the other hand, maybe we just want to see how a lightsaber works underwater.

Would you like to see Star Wars take a break from space in favor of the deep waters of Mon Cala? Let us know in the comments below!