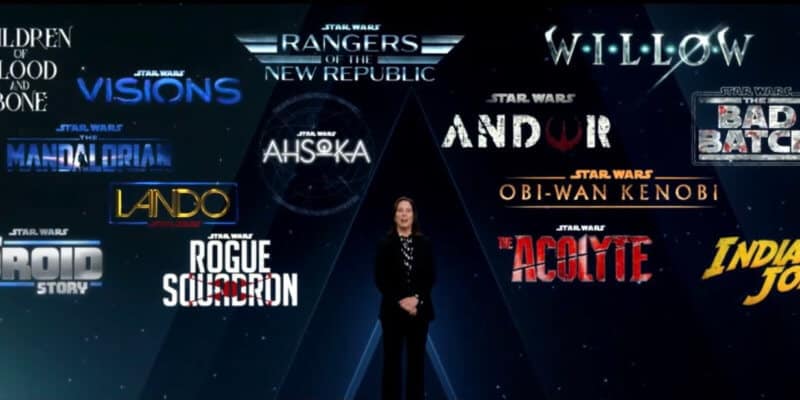 With all the recent news of upcoming live-action shows such as Obi-Wan Kenobi (2022), Andor (2022), The Mandalorian Season 3 (TBA), and Ahsoka (TBA), there hasn’t been much conversation about a second season for anime anthology series Star Wars: Visions (2021).

However, that could all be set to change, as rumors about Star Wars: Visions Season 2 have emerged. The series, which premiered on Disney+ last year, consists of nine episodes, each of them separate to one another, and seemingly unconnected to the wider Star Wars universe.

Disney and Lucasfilm gave the seven Japanese animation studios the freedom to create their own unique stories, unburdened by established Star Wars canon and chronology. The nine anime episodes, each of which feel more like short films, are as follows:

According to Cinelinx, Star Wars: Visions could be returning for a second season. The website reports that “multiple independent sources” have reached out and claimed that Star Wars: Visions Season 2 is indeed in the works, and will apparently arrive later this year.

While these are only rumors, the thought of seeing some of the stories established in Season 1 being followed-up with new episodes is pretty exciting, to say the least. One episode in particular that comes to mind is “Lop and Ocho”, which ends on a major cliffhanger.

“Lop and Ocho” follows a young Lepi slave named Lop who is freed from bondage and taken in by a human family on the planet Tao. In fact, “Lop and Ocho”, which is easily one of the most stand-out episodes, deserves its own movie, let alone a follow-up.

As for when we’ll get some solid news on Star Wars: Visions Season 2 remains to be seen, but with May 4th (Star Wars Day) coming up, as well as “Star Wars Celebration” (May 26 — May 29), it’s entirely possible that something official will be announced by Disney and Lucasfilm soon.

Recently, The Clone Wars composer Kevin Kiner teased an upcoming animated Star Wars TV series, although it’s unlikely he was referring to Star Wars: Visions Season 2, as that new show is expected to be set during the Star Wars: High Republic era.

Whether or not Star Wars: Visions Season 2 will actually happen, it’s still a great time to be a Star Wars fan. As well as all the upcoming live-action shows, recently, brand-new video game LEGO Star Wars: The Skywalker Saga (2022) was released onto all major consoles, which has been a huge hit.

Are you looking forward to Star Wars: Visions Season 2? Let us know in the comments below!