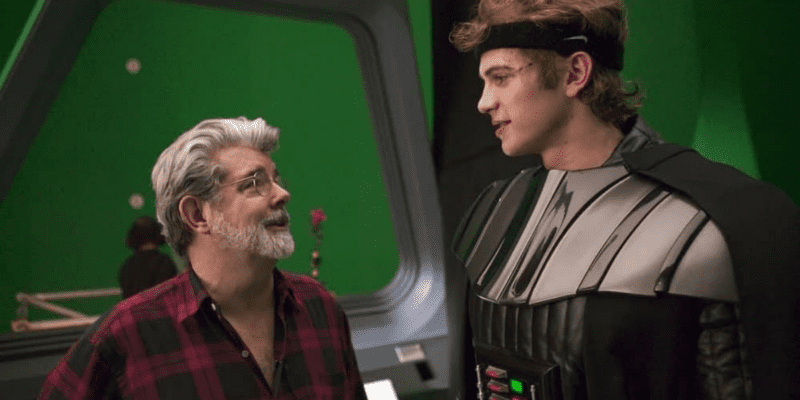 The Star Wars universe is changing for good with Obi-Wan Kenobi, and every fan looks forward to the return of Hayden Christensen as Anakin Skywalker/Darth Vader. The actor reveals his “interesting” experience ahead of his debut while returning to this beloved franchise.

Though George Lucas no longer directly oversees the future of his sagas, many of his handpicked actors are still leading the torch, particularly Ewan McGregor and Hayden Christensen.

It’s been 17 years since McGregor and Christensen shared the big screen as Jedi Master Obi-Wan Kenobi and Jedi Knight Anakin Skywalker in Star Wars: Episode III – Revenge of the Sith (2005).

Nearly two decades later, the duo is back for the limited series Obi-Wan Kenobi on Disney+ this May, exciting the Star Wars community.

To prepare for his role as Sith Lord Darth Vader, servant of Emporer Palpatine (Ian McDiarmid), and forsaken hero Anakin Skywalker, Hayden Christensen dived deep into all nine Skywalker Saga films, as well as the entirety of The Clone Wars and The Rebels animated series:

“I went back and rewatched all the films. And I also got into the animated shows, The Clone Wars and Rebels.”

“It was interesting. They did a lot with these characters in those shows. And they did further explore the relationship. There was interesting stuff there to learn about. It was great fun getting to go back and re-immerse yourself in this world that just continues to grow and become more and more vast.”

Just in time for his 41st birthday, Entertainment Weekly reveals that Hayden Christensen committed countless hours to get the entire backstory and development of his Star Wars character in The Clone Wars and more, a series that redefines Anakin and Obi-Wan’s connection through the Force and deep friendship by the time fans see them in Revenge of the Sith.

While it’s clear that Christensen is being welcomed back with open arms, unfair backlash and criticism following his portrayal of Anakin Skywalker in Revenge of the Sith caused the actor to take a hiatus from major Hollywood productions.

Nonetheless, the man in black is finally back, ready to exact revenge on an exiled Ben Kenobi with his Inquisitors and more.

Are you excited to see Hayden Christensen return to Star Wars? Let us know in the comments below!