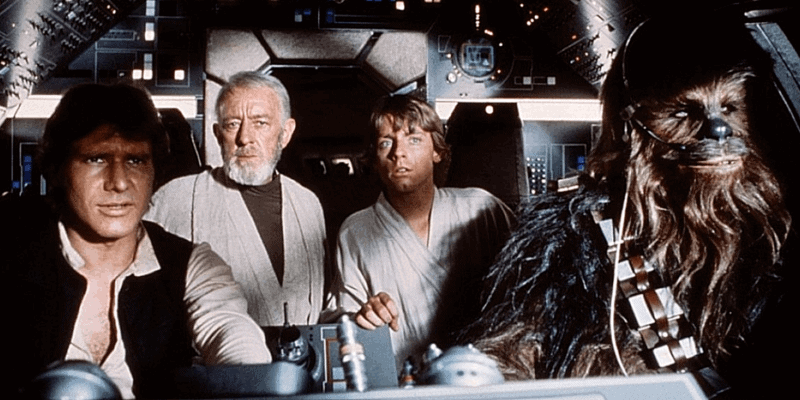 In the ensuring years, however, nostalgia has reigned and the fandom is now thrilled to see McGregor reunite with Hayden Christensen (Anakin Skywalker/Darth Vader) in the upcoming Obi-Wan Kenobi series.

Friend recently spoke out about his Star Wars universe debut as the live-action incarnation of the Grand Inquisitor. When Obi-Wan Kenobi debuts, Vader, of course, is expected the hunt for his former Jedi Master and has presumably dispatched his harshest Inquisitor to find the man who survived the Great Jedi Purge.

The Inquisitors play a key role in Dave Filoni’s animated Star Wars Rebels series, but, as previously noted, have not been seen in live-action previously.

In his latest interview, Friend shared that fans of George Lucas’s original trilogy will be elated about the events of Obi-Wan Kenobi:

“If it’s possible to be any more excited than folks already are, I would be. I think [the series] is one of the most thrilling additions to the Star Wars canon. I think Ewan McGregor is doing things with that role that is a dream for fans of the original films. You know, we can’t obviously have Alec Guinness back, but I just think Ewan was absolutely born to play that part. And wonderful cameos from people I obviously can’t tell you, but Easter eggs galore… Yeah, it’s a thrilling ride.”

Among the cameos Friend referred to may be the return of Princess Leia (Vivian Lyra Blair) and the reported appearance of droid bounty hunter 4-LOM, who originally appeared in the iconic “bounty hunter scene” in Star Wars: Episode V – The Empire Strikes Back (1980).

Alongside IG-88, Dengar, Bossk, Zuckuss and Boba Fett, 4-LOM was one of the six bounty hunters hired to find the Millennium Falcon in ESB. Although he has not appeared onscreen since 1980, the droid has been featured in several comic book runs, including “Star Wars“, “Darth Vader”, “Bounty Hunters”, and, most recently, “War of the Bounty Hunters.”

Drawing from the events of the original trilogy is a refreshing change for Star Wars fans who have been frustrated by the focus on the sequel trilogy era at Star Wars: Galaxy’s Edge and in other recent Disney Star Wars projects.

It is, however, worth noting, that Jon Favreau and Dave Filoni’s Mandalorian saga is set about five years after Star Wars: Episode VI – Return of the Jedi (1983) and has reintroduced Jedi Master Luke Skywalker (CGI Mark Hamill/Graham Hamilton), filling in the lost years between the end of the original trilogy and the start of the sequel trilogy 25 years later.

Are you excited to see McGregor and Christensen return?