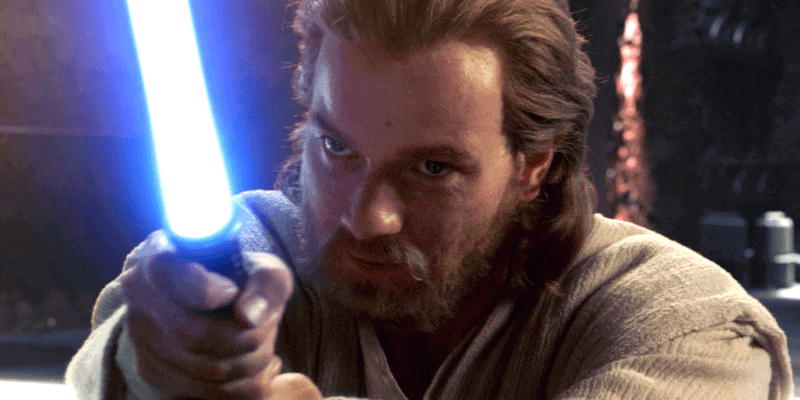 Scottish actor Ewan McGregor has previously shared that he knew about the upcoming Obi-Wan Kenobi Disney+ series — now officially set for a May 25, 2022 debut — for years before it was officially announced.

At one point while the series was filming, McGregor shared that it was “annoying” to have to deny the Jedi Master’s return to the Star Wars story for “years”. In a CBS interview, he noted:

Related: ‘Star Wars’ Just Made One “Attack of the Clones” Moment Even Worse

Now, McGregor has spoken out about his upcoming appearance again in an interview with Forbes. And, the Christopher Robin (2018) star couldn’t be more excited:

“Oh my gosh, well I loved playing him again. I mean it’s quite interesting, after the experience of making the first three films and living through sort of their reception in the world, which wasn’t always glowing, I have to say. And then now, meeting the generation who we made those films for, the children then – and now, people in their late teens or early 20s, those people who were kids who we made those films for, they loved them.”

The 50-year-old actor went on to share Obi-Wan Kenobi is for “those fans” who grew up with George Lucas’s prequel trilogy, which released between 1999 and 2005:

“To them, they’re their Star Wars films, you know? For us, it was the original films of the ‘70s, but for them, it was our films were their Star Wars. So to step back into his shoes again now and do a series, a whole series about Obi-Wan Kenobi for those fans, it just makes me really happy.”

For their part, Star Wars fans have taken to social media to express disappointment that the next Star Wars series will once again return to Tatooine, which has played an integral part in the Star Wars story in the Skywalker Saga and beyond.

Then, fans still couldn’t escape the desert world as it has become a staple in Jon Favreau and Dave Filoni’s The Mandalorian saga, appearing in Season 1 and Season 2 of Din Djarin (Pedro Pascal) and Grogu’s adventures, as well as being the main setting of The Book of Boba Fett.

As for the Obi-Wan Kenobi cast, the series is set to see Bonnie Piesse and Joel Edgerton reprise their roles as Luke’s Aunt Beru and Uncle Owen Lars. It will also feature newcomers like Moses Ingram, Kumail Nanjiani, Indira Varma, Rupert Friend, O’Shea Jackson Jr., and Sung Kang will join the Star Wars galaxy for the first time.

Are you excited to watch Deborah Chow’s Obi-Wan Kenobi this May?

Comments Off on “I Loved Playing Him Again,” Ewan McGregor Gushes About ‘Obi-Wan’ Despite Backlash