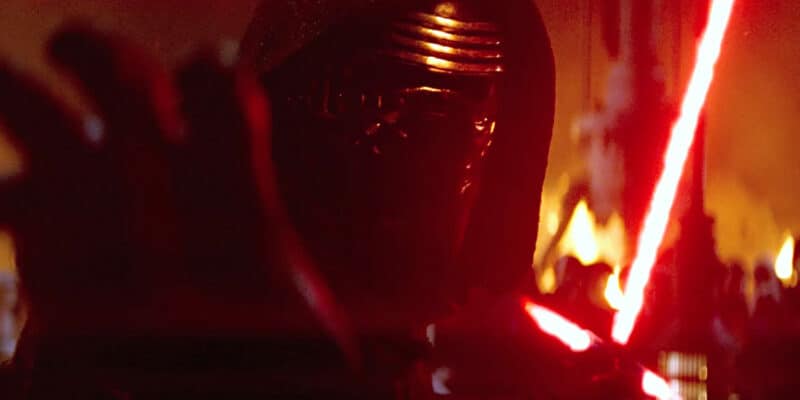 The comparisons between the Star Wars franchise and Nazi Germany during World War II are easy to make, particularly in Disney’s sequel trilogy, when the First Order bears a striking resemblance to Adolf Hitler’s Schutzstaffel (SS) soldiers.

From the way stormtroopers are completely dehumanized — Finn (John Boyega), you’ll recall, didn’t even have a name until Poe Dameron (Oscar Isaac) gave him one — to the uniforms General Hux and his cronies wear, the ties to WWII are apparent.

“The casting director for The Empire Strikes Back knew me. He asked me to meet with Irvin Kershner who, I was told, was making the sequel to Star Wars. I had not actually seen Star Wars at that point, although of course I knew what it was, so I agreed. I remember when I walked into his office, Irvin said to me, ‘I’m looking for someone that would frighten Adolf Hitler!’ And he sized me up and down and continued, ‘Yes, I think you’re it…Obviously they were going on some sort of design for Darth Vader’s men — there were echoes of the Gestapo or at least fascism in there — and that was also how I approached the role.”

Now, controversial Star Wars writer and Lucasfilm executive Pablo Hidalgo — who previously came under fire for his treatment of Star Wars fans online — has dissed the first sequel trilogy installment, JJ Abrams’s Star Wars: Episode VII – The Force Awakens (2015), indicating that he didn’t personally agree with multiple choices that were made in the movie.

In a series of since deleted Tweets that were captured online, Hidalgo shared:

Hidalgo explained the decision [to use Hosnian Prime instead of the prequel trilogy’s more familiar Coruscant] was “the unsatisfying middle ground” between two studio opinions, saying,

When asked if Coruscant would’ve worked better for the film since fans were familiar with the planet, Hidalgo tweeted back, admitting that “It would have been better w/o the Starkiller at all:”

“It would have been better w/o the Starkiller at all, but that’s a whole nother discussion. But I think Coruscant being in development in other projects was a big reason for the reticence.”

The Lucasfilm Story Group member also got into a discussion with fans about the role of Coruscant in the overall Star Wars story:

Hidalgo seemed to agree with this perspective and even compared the metropolitan planet to a real-world location, tweeting, “Like Coruscant is Berlin. They want to take it back not destroy it:”

Notably, Coruscant is where Anakin Skywalker (Hayden Christensen) infamously slaughtered a group of Padawan younglings as he fully descended to the dark side under the tutelage of Emperor Palpatine/Darth Sidious (Ian McDiarmid), ultimately becoming Dark Lord of the Sith, Darth Vader.

The official Star Wars Databank describes the planet as:

A city-covered planet, Coruscant is the vibrant heart and capital of the galaxy, featuring a diverse mix of citizens and culture. It features towering skyscrapers, streams of speeder-filled air traffic, and inner levels that stretch far below the world’s surface. Coruscant was the seat of government for the Galactic Republic and the Empire that followed, and was the site of numerous historic events during the Clone Wars. It also housed the Jedi Temple and Archives, which hosted Jedi training and learning for over a thousand generations — traditions that ended when the planet bore witness to Order 66.

What do you think? Should Coruscant have played a role in the Skywalker Saga sequel trilogy?