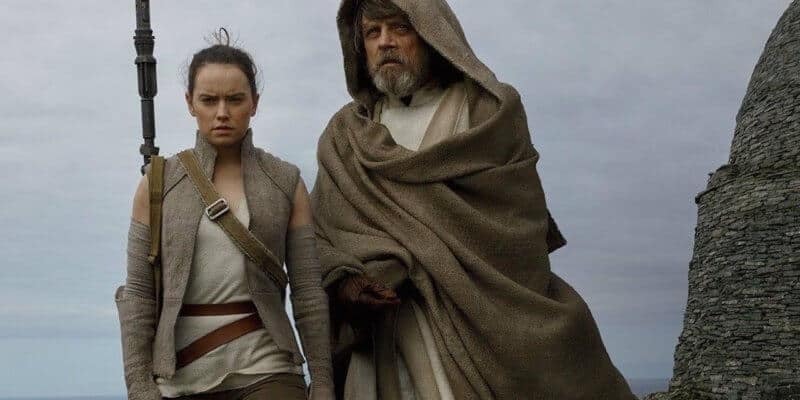 Adam Christopher just confirmed that Rey’s parents will be a topic covered in his next book, Secrets of the Sith.

While fans may not be a big fan of the Sequel Trilogy due to how they ruined Star Wars characters like Mark Hamill’s Luke Skywalker, Star Wars continues to explore what happened after Star Wars: Episode VI — Return of the Jedi (1983). One thing that bothered many fans was how Daisy Ridley’s Rey became a Palpatine overnight all of the sudden in Star Wars: Episode IX — Rise of Skywalker (2019). Fans were already upset that Star Wars brought back the iconic villain just to kill him again, but it was revealed that the Emperor had children and that Rey was his granddaughter.

To make matters worse, Rise of Skywalker didn’t even care to name Rey parent’s or explain what really happened with them other than that they were killed by the Assassin, Ochi. This left fans confused and disappointed because the previous movies had made such a big deal about who Rey really was and then handed over the facts as if they were minor details.

Now fans can know what really happened with Rey’s parents as Adam Christopher makes it clear that  Secrets of the Sith will explore more who Palpatine’s children really were:

The author was immediately asked on Twitter if this was a tease or if he knew more about what Star Wars had planned for Rey’s parents. Surprisingly, Christopher revealed that his book would delve deeper into this topic:

Many fans knew that Secrets of the Sith would explore more about what Luke and Lando find throughout the galaxy during their adventures, but fans weren’t expecting to learn about Palpatine’s children. Lucasfilm has been avoiding major characters from the Sequel Trilogy ever since Rise of Skywalker which is why a lot of Star Wars content has been focused on what happens right after Return of the Jedi. This is mainly due to the tremendous success of Pedro Pascal’s The Mandalorian which will receive a third season sometime soon.

The book’s synopsis confirms that Ochi’s role in the story will be pivotal as Luke and Lando will be chasing the assassin as he tries to return Palpatine’s grandchild to Exegol. Here’s an excerpt of the synopsis:

After Lando’s daughter was stolen from his arms, he searched the stars for any trace of his lost child. But every new rumor leads only to dead ends and fading hopes—until he crosses paths with Ochi of Bestoon, a Sith assassin tasked with kidnapping a young girl.

Ochi’s true motives remain shrouded to Luke and Lando. For on a junkyard moon, a mysterious envoy of the Sith Eternal has bequeathed a sacred blade to the assassin, promising that it will answer the questions that have haunted him since the Empire fell. In exchange, he must complete a final mission: Return to Exegol with the key to the Sith’s glorious rebirth—Rey, the granddaughter of Darth Sidious himself.

While this is fascinating that Rey’s parents will have a role in the book, it also leaves fans to wonder how this will fit with the Sequel Trilogy. It’s now odd that Luke doesn’t seem to know that Rey is a Palpatine in The Last Jedi. Some fans might get past this by saying that Luke cut himself off from the force so he couldn’t sense who she really was, but Luke did begin to use the force before Rey left Ach-To.

This means that the Jedi master should’ve known who she was. Even in the Rise of Skywalker, Luke mentions that both Leia and he sensed who Rey really was, but decided not to tell her. The Last Jedi novelization clarifies that Luke believes Rey is just another Force-user who has no significant bloodline.

This wouldn’t be the first time Star Wars will retcon a moment, but it’s rare for the books to contradict the movies. One of the reasons why Disney rebooted the Star Wars canon back in 2014 was to avoid any confusion for fans on to what was canon and what wasn’t as the books and comics had gone off to contradict parts of the Prequel Trilogy and often contradicted themselves. Hopefully, Secrets of the Sith will clarify how it fits into the Sequel Trilogy and find a way to make sense of why Luke doesn’t tell Rey who she is.

Do you plan to read Secret of the Sith?